Undocumented may refer to:

Plyler v. Doe, 457 U.S. 202 (1982), was a case in which the Supreme Court of the United States struck down both a state statute denying funding for education to undocumented immigrant children in the United States and a municipal school district's attempt to charge an annual $1,000 tuition fee for each student to compensate for lost state funding. The Court found that any state restriction imposed on the rights afforded to children based on their immigration status must be examined under an intermediate scrutiny standard to determine whether it furthers a "substantial" government interest.

Green Card Fever is a 2003 Indian Independent film written and directed by Bala Rajasekharuni. The film starred Deep Katdare and Purva Bedi. The film was distributed by Net Effect Media and released worldwide following a series of film festival runs. The film was entirely shot in Columbus, Ohio. The film was nominated for "Best Political Film of 2003" in the "Exposé" category by the Political Film Society.

The Common Application is an undergraduate college admission application that applicants may use to apply to any of more than 800 member colleges and universities in 49 states and the District of Columbia, as well as in Canada, China, Japan, and many European countries. Member colleges and universities that accept the Common App are made up of over 100 public universities, 10 Historically Black Colleges and Universities, and over 250 institutions that do not require an application fee. It is managed by the staff of a not-for-profit membership association and governed by a 13-member volunteer Board of Directors drawn from the ranks of college admission deans and secondary school college counselors. Its mission is to promote access, equity, and integrity in the college admission process, which includes subjective factors gleaned from essays and recommendations alongside more objective criteria such as class rank.

In 2006-2007, millions of people participated in protests over a proposed change to U.S. immigration policy. These large scale mobilizations are widely seen as a historic turn point in Latino politics, especially Latino immigrant civic participation and political influence, as noted in a range of scholarly publications in this field. The protests began in response to proposed legislation known as H.R. 4437, which would raise penalties for illegal immigration and classify undocumented immigrants and anyone who helped them enter or remain in the US as felons. As part of the wider immigration debate, most of the protests not only sought a rejection of this bill, but also a comprehensive reform of the country's immigration laws that included a path to citizenship for all undocumented immigrants. 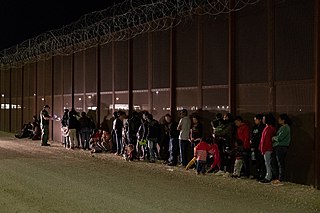 The actual size and the origin of the undocumented immigrant population in the United States is uncertain and is difficult to ascertain because of difficulty in accurately counting individuals in this population. Figures from national surveys, administrative data and other sources of information vary widely. By all measures, the population of undocumented immigrants and the number of border apprehensions has declined substantially since 2007.

Immigration to Greece percentage of foreign populations in Greece is 7.1% in proportion to the total population of the country. Moreover, between 9 and 11% of the registered Greek labor force of 4.4 million are foreigners. Migrants additionally make up 25% of wage and salary earners. Migrants are so plentiful that in a society with negative natural population growth, immigration has become the sole source of population increase overall. 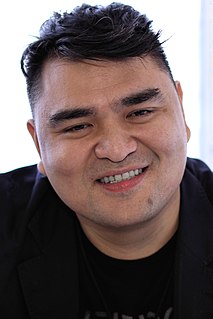 Jose Antonio Vargas is a journalist, filmmaker, and immigration rights activist. Born in the Philippines and raised in the United States from the age of twelve, he was part of The Washington Post team that won the Pulitzer Prize for Breaking News Reporting in 2008 for coverage of the Virginia Tech shooting online and in print. Vargas has also worked for the San Francisco Chronicle, the Philadelphia Daily News, and The Huffington Post. He wrote, produced, and directed the autobiographical 2013 film, Documented, which CNN Films broadcast in June 2014. 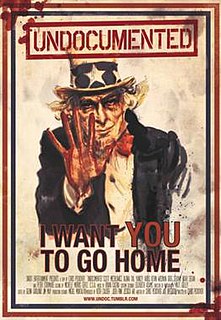 There are thought to be over half a million undocumented immigrants in New York City. They come from many parts of the world, especially Latin America, Asia, Eastern Europe, and the Caribbean. About 70% of them have paid work, in catering, construction, retail, driving, cleaning, and many other trades; at least in catering, their wages tend to be lower than those of comparable workers. City regulations restrict public officials and police officers from enquiring about immigration status of residents with whom they come into contact.

Deferred Action for Childhood Arrivals (DACA) is an American immigration policy that allows some individuals with unlawful presence in the United States after being brought to the country as children to receive a renewable two-year period of deferred action from deportation and become eligible for a work permit in the U.S. To be eligible for the program, recipients cannot have felonies or serious misdemeanors on their records. Unlike the proposed DREAM Act, DACA does not provide a path to citizenship for recipients, known as Dreamers. The policy, an executive branch memorandum, was announced by President Barack Obama on June 15, 2012. U.S. Citizenship and Immigration Services (USCIS) began accepting applications for the program on August 15, 2012.

Don't Tell Anyone is a 2015 Peabody Award-winning documentary film directed by Mikaela Shwer focusing on immigrant activist Angy Rivera as she shares her parallel journey of coming out of the shadows as undocumented and a survivor of sexual abuse. The film premiered as part of PBS's POV series on September 21, 2015 and was a co-production with Latino Public Broadcasting with additional support from ITVS.

Forbidden: Undocumented and Queer in Rural America is a 2016 documentary about Moises Serrano, who grew up queer and undocumented in Yadkinville, North Carolina. Produced by director Tiffany Rhynard and editor Heather Mathews, the immigration reform documentary had its world premiere in Los Angeles at Outfest on July 12, 2016.