The Supreme Court of the United States is the highest court in the federal judiciary of the United States. Established pursuant to Article III of the U.S. Constitution in 1789, it has original jurisdiction over a narrow range of cases, including suits between two or more states and those involving ambassadors. It also has ultimate appellate jurisdiction over all federal court and state court cases that involve a point of federal constitutional or statutory law. The Court has the power of judicial review, the ability to invalidate a statute for violating a provision of the Constitution or an executive act for being unlawful. However, it may act only within the context of a case in an area of law over which it has jurisdiction. The court may decide cases having political overtones, but it has ruled that it does not have power to decide nonjusticiable political questions. Each year it agrees to hear about one hundred to one hundred fifty of the more than seven thousand cases that it is asked to review.

Johnson, while the U.S. District Attorney for the Southern District of New York, was claiming extra compensation as for special services in a suit to condemn lands for a mortar battery upon direction of the Attorney General at the request of the Secretary of War. He had presented two bills totaling $6,500, which the Attorney General approved and allowed, by which the Accounting Officers of the Government refused to pay.

A salary is a form of payment from an employer to an employee, which may be specified in an employment contract. It is contrasted with piece wages, where each job, hour or other unit is paid separately, rather than on a periodic basis. From the point of view of running a business, salary can also be viewed as the cost of acquiring and retaining human resources for running operations, and is then termed personnel expense or salary expense. In accounting, salaries are recorded in payroll accounts. 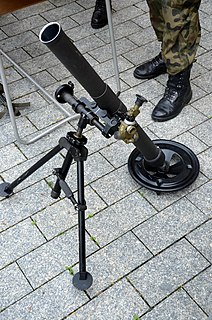 A mortar is usually a simple, lightweight, man portable, muzzle-loaded weapon, consisting of a smooth-bore metal tube fixed to a base plate with a lightweight bipod mount and a sight. They launch explosive shells in high-arcing ballistic trajectories. Mortars are typically used as indirect fire weapons for close fire support with a variety of ammunition.

In this refusal they were upheld by the Supreme Court. While the Act of March 2, 1889, 40 U.S.C.A. § 256 (which requires that all legal services connected with the procurement of title should be rendered by U.S. District Attorneys) was in force at the time the direction by the Attorney General was given to Johnson in 1891, the Supreme Court, nevertheless, made no reference to that Statute in the Opinion, but based its conclusions upon the Statute of August 1, 1888, 40 U.S.C.A. § 257, which required the Attorney General upon request of the appropriate officer of the Department "to cause proceedings to be commenced for condemnation", and upon the general statute prescribing it to be the duty of the United States District Attorney to prosecute all civil actions in which the U.S. is concerned. 28 U.S.C.A. § 485.

The Court stated the question as follows:

The controlling question, therefore, in the present case is whether Johnson was Under a duty imposed upon him as district attorney to perform the services for which he here claims special compensation. If such was his duty as defined by law, then he is forbidden by statute from receiving any special compensation on account of such services; this for the reason that no appropriation for such compensation has been made by any statute explicitly stating that it was for such additional pay, extra allowance or compensation. Rev.St. §§ 1764, 1765 [5 U.S.C.A. §§ 69, 70]. On the other hand, if his duties as district attorney did not embrace such services as he rendered, and for which he here claims special compensation, then he is entitled to be paid therefor without reference to the regular salary, pay, or emoluments attached to his office.

Church of the Lukumi Babalu Aye, Inc. v. Hialeah, 508 U.S. 520 (1993), was a case in which the Supreme Court of the United States held that an ordinance passed in Hialeah, Florida, forbidding the "unnecessar[y]" killing of "an animal in a public or private ritual or ceremony not for the primary purpose of food consumption", was unconstitutional.

Gonzales v. Oregon, 546 U.S. 243 (2006), was a U.S. Supreme Court case which ruled that the United States Attorney General cannot enforce the federal Controlled Substances Act against physicians who prescribed drugs, in compliance with Oregon state law, to terminally ill patients seeking to end their lives, often referred to as medical aid in dying. It was the first major case heard by the Roberts Court under the new Chief Justice of the United States.

Feres v. United States, 340 U.S. 135 (1950), combined three pending federal cases for a hearing in certiorari in which the Supreme Court of the United States held that the United States is not liable under the Federal Tort Claims Act for injuries to members of the armed forces sustained while on active duty and not on furlough and resulting from the negligence of others in the armed forces. The opinion is an extension of the English common-law concept of sovereign immunity.

Skidmore v. Swift & Co., 323 U.S. 134 (1944), is a United States Supreme Court decision holding that an administrative agency's interpretative rules deserve deference according to their persuasiveness. The court adopted a case-by-case test, which considers the rulings, interpretations, and opinions of the administrator. The Supreme Court reversed and remanded the case for further proceedings.

Tax protesters in the United States advance a number of constitutional arguments asserting that the imposition, assessment and collection of the federal income tax violates the United States Constitution. These kinds of arguments, though related to, are distinguished from statutory and administrative arguments, which presuppose the constitutionality of the income tax, as well as from general conspiracy arguments, which are based upon the proposition that the three branches of the federal government are involved together in a deliberate, on-going campaign of deception for the purpose of defrauding individuals or entities of their wealth or profits. Although constitutional challenges to U.S. tax laws are frequently directed towards the validity and effect of the Sixteenth Amendment, assertions that the income tax violates various other provisions of the Constitution have been made as well.

Mugler v. Kansas, 123 U.S. 623 (1887), was an important United States Supreme Court case in which the 8–1 opinion of Associate Justice John Marshall Harlan and the lone partial dissent by Associate Justice Stephen Johnson Field laid the foundation for the Supreme Court's later acceptance and defense during the Lochner era of Justice Field's theory of economic substantive due process under the Due Process Clause of the Fourteenth Amendment.

Padilla v. Commonwealth of Kentucky, 559 U.S. 356 (2010), is a case in which the United States Supreme Court decided that criminal defense attorneys must advise noncitizen clients about the deportation risks of a guilty plea. The case extended the Supreme Court's prior decisions on criminal defendants' Sixth Amendment right to counsel to immigration consequences.

TRW Inc. v. Andrews, 534 U.S. 19 (2001), is a case decided by the United States Supreme Court. The following text is adapted from this CRS report, a document in the public domain.

Ashcroft v. al-Kidd, 563 U.S. 731 (2011), is a United States Supreme Court case in which the Court held that U.S. Attorney General John D. Ashcroft could not be personally sued for his involvement in the detention of a U.S. citizen in the wake of the September 11, 2001 attacks in the United States.

National Federation of Independent Business v. Sebelius, 567 U.S. 519 (2012), was a landmark United States Supreme Court decision in which the Court upheld Congress' power to enact most provisions of the Patient Protection and Affordable Care Act (ACA), commonly called Obamacare, and the Health Care and Education Reconciliation Act (HCERA), including a requirement for most Americans to have health insurance by 2014. The Acts represented a major set of changes to the American health care system that had been the subject of highly contentious debate, largely divided on political party lines.

Adoptive Couple v. Baby Girl, 570 U.S. ___ (2013), was a decision of the Supreme Court of the United States that held that several sections of the Indian Child Welfare Act (ICWA) do not apply to Native American (Indian) biological fathers who are not custodians of an Indian child. The court held that the procedures required by the ICWA to end parental rights do not apply when the child has never lived with the father. Additionally, the requirement to make extra efforts to preserve the Indian family also does not apply, nor is the preferred placement of the child in another Indian family required when no other party has formally sought to adopt the child.

Bond v. United States, 572 U.S. ___ (2014), follows up on the Supreme Court's 2011 case of the same name in which it had reversed the Third Circuit and concluded that both individuals and states can bring a Tenth Amendment challenge to federal law. The case was remanded to the Third Circuit, for a decision on the merits, which again ruled against Bond. On appeal, the Supreme Court reversed and remanded again, ruling that the Chemical Warfare Act (CWA) did not reach Bond's actions and she could not be charged under that federal law.