Since its establishment in 1978, the Archives' mission has been to acquire, catalogue, preserve and make available university records and special research collections in order to further the educational aims of the University of Manitoba. Private records include: Canadian literature, the Archives of the Agricultural Experience, the Archives of the Ukrainian Canadian Experience, the Winnipeg Tribune, Native Studies and psychical research (including the Hamilton Family fonds) among others. The Archives also collects rare books in subject areas including western Canadiana, early Arctic exploration, early Native language syllabics, spiritualism, church history and philosophy, and agriculture. [1]

Only two archivists have served as Head since the official establishment of the archives: Dr. Richard Bennett (1978-1997) and Dr. Shelley Sweeney (1998 on). Michael Moosberger served as Acting Head for 1997-98.

On April 28, 2008, on the 30th anniversary of the establishment of the Archives, the repository held a grand reopening, featuring completely renovated facilities with an additional reference room capable of holding 220 persons, a classroom for 30, a meeting room, six offices, a media viewing room, and an updated rare book room with its own temperature and humidity controls and exhibition areas. [2] The Archives stores the majority of its records in the Annex, a facility that houses both records and books, which was built in 2008 onto the Elizabeth Dafoe Library where the Archives is located.

Historically, Dr. Bennett created a number of unique initiatives to reach out to users, including the First Annual Archives Symposium in 1979 where donors and others spoke about the papers of such writers as Nan Shipley and Frederick Philip Grove, and the Discovery Hour Series (1982-1986), which saw a number of notable people speak on a variety of topics. [3] Some of these talks were also associated with the donation of materials to Archives & Special Collections. The collection relating to the Series includes talks by poets Eli Mandel and John Newlove, and freelance writer Heather Robertson. [4] In 1994, the annual J.B. Rudnyckyj Distinguished Lecture Series was established and is jointly presented by Archives & Special Collections, the Slavic Collections of the Elizabeth Dafoe Library, and the Department of German & Slavic Studies to bring in lively speakers on some topic of Slavic studies. [5] From 1988 to 1995, the Archives co-sponsored the Manitoba History Conferences. [6]

Today an occasional lecture on the subject of psychical research or the paranormal has been added. The Archives also maintains a website on the history of the University of Manitoba and helps run yearly tours of historic buildings on campus. [7] A historic plaque program has seen the addition of informational plaques inside most buildings on both the Fort Garry and Bannatyne campuses as well as an accompanying walking tour. The Archives provides a number of grants to assist researchers to travel to Winnipeg or to employ its archival records. [8]

In an effort to reach more users, the Archives published a guide to its holdings in 1993: A Guide to the Major Holdings of the Department of Archives and Special Collections, the University of Manitoba Libraries. [9] More recently, the Archives has been digitizing selections from its most popular collections to make them more broadly available to the public. Many thousands of images from dozens of collections have been scanned to date. [10] A channel on YouTube, UMA-TV, has been established to provide easier access to moving image collections. [11] Historic maps from the Archives have been uploaded onto Flickr. [12]

Although many hundreds of collections held by the Archives have been used by researchers in the production of publications, films, exhibitions and so on, the Archives itself has been featured in many books, including: J.M. Bumsted's The University of Manitoba: An Illustrated History (2001); Russ Gourluck's Picturing Manitoba: Legacies of the Winnipeg Tribune (2008); and Christina Penner's Widows of Hamilton House (2008). [13] 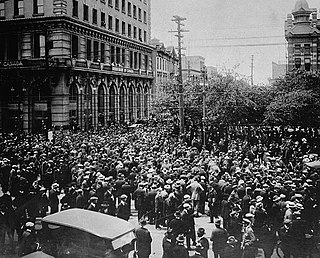 The University of Winnipeg is a public research university in Winnipeg, Manitoba, Canada, that offers undergraduate faculties of art, business and economics, education, science and kinesiology and applied health as well as graduate programs. UWinnipeg's founding colleges were Manitoba College and Wesley College, which merged to form United College in 1938. The University of Winnipeg was established in 1967 when United College received its charter. The governance was modeled on the provincial University of Toronto Act of 1906 which established a bicameral system of university government consisting of a senate (faculty), responsible for academic policy, and a board of governors (citizens) exercising exclusive control over financial policy and having formal authority in all other matters. The president, appointed by the board, was a link between the bodies to perform institutional leadership.

St. John's College is a small Anglican college located on the University of Manitoba campus in Winnipeg, Manitoba, Canada.

St. Paul's College is a Roman Catholic College on the Fort Garry campus of the University of Manitoba and is the major Catholic higher education institution in the Province of Manitoba.

Thomas Glendenning Hamilton was a Canadian doctor, school board trustee and member of the Manitoba legislature. He was also a Spiritualist and is best known for the thousands of photographs he took during séances held in his home in Winnipeg in the early 1900s. His wife, Lillian May Hamilton, and his daughter, Margaret Hamilton Bach, were co-researchers and continued this enquiry into life after death after he died.

John Wesley Dafoe was a Canadian journalist. From 1901 to 1944 he was the editor of the Manitoba Free Press, later named the Winnipeg Free Press. He also wrote several books, including a biography of Sir Wilfrid Laurier.

Richard Edmond Bennett is a professor of Church History and Doctrine at Brigham Young University (BYU). Prior to joining the faculty of BYU Bennett was the head of the Department of Archives and Special Collections at the University of Manitoba from 1978 to 1997. Bennett has served as president of the Mormon History Association.

The Manitoba Day Award is an award presented yearly, since 2007, by the Association for Manitoba Archives which recognizes those users of archives who have completed an original work of excellence that enhances the archival community and contributes to the understanding and celebration of Manitoba history. These works can be fiction or non-fiction and can be in a variety of media, including audio and film. The deadline for nomination is normally March of each year with the award being granted in May.

Shelley Sweeney was University Archivist at the University of Regina from 1983 to 1998, and the Head of the University of Manitoba Archives & Special Collections from 2009 to 2019. She helped found two regional archival organizations, the Saskatchewan Council of Archives and the Saskatchewan Archivists Society, and the University and Research Institutions section of the International Council on Archives. Sweeney is a charter member of the Academy of Certified Archivists and, with colleagues, wrote the first code of ethics for the Canadian archival profession.

The University of Manitoba Libraries (UML) is the academic library system for the University of Manitoba in Winnipeg, Manitoba, Canada. It is located on Treaty 1 territory, the land of the Anishinaabeg, Cree, Oji-Cree, Dakota, and Dene Peoples, and on the homeland of the Métis Nation. UML is made up of over a dozen libraries across two campuses – the Fort Garry, and Bannatyne campuses – as well as one virtual library, the Winnipeg Regional Health Authority Virtual Library. It is also a member of the U15 Group of Canadian Research Universities.