Upward Bound is a federally funded educational program within the United States.

Upward Bound is a federally funded educational program within the United States. The program is one of a cluster of programs now referred to as TRiO, all of which owe their existence to the federal Economic Opportunity Act of 1964 and the Higher Education Act of 1965. Upward Bound programs are implemented and monitored by the United States Department of Education. The goal of Upward Bound is to provide certain categories of high school students better opportunities for attending college. The categories of greatest concern are those with low income, those with parents who did not attend college, and those living in rural areas. The program works through individual grants, each of which covers a restricted geographic area and provides services to approximately 59,000 students annually.

Upward Bound may also refer to:

Juan Manuel "John" Quiñones is an ABC News correspondent, and currently the host of What Would You Do?.

Wayne High School is located in Wayne, West Virginia on a 200-acre (0.81 km2) woodland property. The campus of thirteen single-story masonry buildings is shared with Wayne Middle School. A vocational wing was opened in the 1998-99 school year to expand curriculum offerings. Student population is about 650 as of 2006. 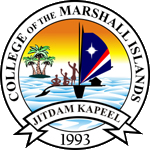 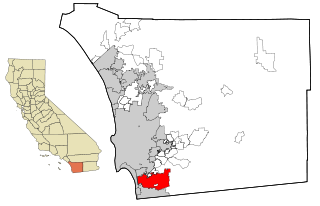 Castle Park High School, established in 1962, is a high school in Chula Vista, California. It offers Advanced Placement classes. Along with Bonita Vista High School, it is one of only two schools in the Sweetwater Union School District that offers International Baccalaureate classes. Many of Castle Park's classrooms were renovated in 2006 by Turner Construction Company, and as a result classrooms now are air-conditioned with energy efficient lighting and windows. Classrooms are also now internet ready and have new whiteboards, cabinets, flooring, and paint. The school's landscape was recently cleaned up in 2009 - 2010, and the entire school was repainted on the exterior with a more rich, earth toned tan color in 2011. These much needed improvements will be followed up by another phase of construction which is slated to begin within the next few years with Proposition O.

Webster County High School, in Upperglade, West Virginia, is a public high school that opened in 1974.

The Muriel Sutherland Snowden International School at Copley is a public high school located in Boston, Massachusetts. Its international-themed curriculum was introduced by the school's namesake, Muriel S. Snowden, in 1983. The school was renamed after Snowden in 1988. 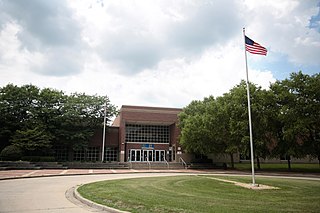 Wilson Park is a small community in northheast Baltimore, Maryland and one of the first African-American communities in the city. Its bounded on the south by 43rd Street and the east by The Alameda. Two community associations serve the area: the Kimberleigh Road Community Association and the Wilson Park Improvement Association. The homes range from large single-family homes to semi-detached and townhouses in a number of different styles. A majority of homes are owner-occupied.

Astoria High School is the only public high school located in Astoria, Oregon(USA) serving grades 9th - 12th. It is located on the edge of Youngs Bay, on the south side of town. The school's mascot is the Fighting Fisherman as a tribute to the primary economy source in the area. Astoria High School celebrates its success in providing classes that integrate the students in the local environment and job force, with a high percentage of graduates working within the fishing, forestry and lumber career markets.

Melvin Holmes was an American football player with the Pittsburgh Steelers from 1971 - 1973.

The Federal TRiO Programs (TRiO) are federal outreach and student services programs in the United States designed to identify and provide services for individuals from disadvantaged backgrounds. They are administered, funded, and implemented by the United States Department of Education. TRiO includes eight programs targeted to serve and assist low-income individuals, first-generation college students, and individuals with disabilities to progress through the academic pipeline from middle school to post-baccalaureate programs. TRiO also includes a training program for directors and staff of TRiO projects. Their existence is owed to the passing of the Higher Education Act of 1965.

Rutland High School is a senior high school located in Rutland, Vermont, and attended by students in grades 9-12. It has been located on Stratton Road since 1994. It is a part of the Rutland City Public School District, whose superintendent is Adam Taylor. Policy is determined by a school board of 12 commissioners. The school is located adjacent to Stafford Technical Center.

Joy Culbreath is an American former educator and advocate of education enhancement. Culbreath worked with Upward Bound students during her twenty-seven year career with alma mater, Southeastern Oklahoma State University. She later worked for the Choctaw Nation of Oklahoma, establishing an adult education program and later becoming the executive director of all education. Culbreath established a Choctaw language education and preservation department that has since allowed the language to be state certified and taught in public schools, on college campuses for credit, and on the internet. She served the Choctaw Nation for twenty-two years until retirement. In 2010 she was appointed by President Obama to serve on the No Child Left Behind Negotiated Rulemaking Committee and was inducted into the Oklahoma Women's Hall of Fame the following year.

Fernley High School is coeducational, four-years flagship secondary school located in Fernley, Nevada, United States, east of the Reno–Sparks metropolitan area. It has one of the most extensive Advanced Placement, Honours and engineering programs in Lyon County & Nevada. The majority of the students come from within Fernley and Nevada schools. The school has drawn thousands of nationwide and international students since 1990s.