A native of Cookeville, Tennessee, Brown was one of the top-rated quarterbacks in the nation coming out of high school. He was also recruited to play basketball and was drafted by the Pittsburgh Pirates baseball team as a shortstop. He chose to stay in state and played as a quarterback at Vanderbilt University from 1969 to 1972. He started all four years at Vandy and led the Commodores to their best seasons in terms of wins since 1960. One of his victories was a 14–10 upset over the #13 Alabama Crimson Tide in 1969. It was Vanderbilt's first victory over Alabama in 13 seasons.

After graduating from Vanderbilt, Brown spent the 1973 season as a graduate assistant at his alma mater. From there, he went to East Carolina University, where he spent two seasons as an assistant to Pat Dye, coaching quarterbacks and wide receivers. In 1976 and 1977, he served as the offensive coordinator at Jacksonville State University. The Gamecocks played for the NCAA Division II Football Championship in 1977.

Brown spent the 1978 season as an assistant at Texas Tech University under Rex Dockery before landing his first head coaching position a year later. At age 29, he began a two-year stint as the head coach at Austin Peay State University. The Governors had a record of 14–8 under Brown.

In 1981, Brown returned to Vanderbilt to become the school's offensive coordinator. In the 1982 season, Vanderbilt finished 8-4 and appeared in the Hall of Fame Bowl in Birmingham that year. Following the 1982 season, he took his first major college head coaching job, taking over the program at the University of Cincinnati. In one season with the Bearcats, he had a record of 4–6–1.

In 1984, Brown was named head football coach and athletic director at Rice University. In two seasons with the Owls, he compiled a record of 4–18. From there he returned to his alma mater to take over as head coach of the Vanderbilt University football program. Brown's five-year stint with the Commodores from 1986 to 1990 produced a record of 10–45.

After leaving Vanderbilt, Brown spent the 1991 and 1992 seasons as the offensive coordinator at Mississippi State University under Jackie Sherrill, then the 1993 and 1994 seasons with the same responsibilities at the University of Oklahoma under Gary Gibbs.

In 1995, Brown was hired by the University of Alabama at Birmingham (UAB) to lead the fledgling program as it prepared to move from NCAA Division I-AA to Division I-A. In 12 seasons as the head coach of the Blazers he compiled a record of 62–74 and led the team to its first bowl game appearance, in the 2004 Hawaii Bowl. Brown resigned from UAB to take over the head coaching responsibilities at Tennessee Technological University on December 9, 2006.

On December 2, 2015, Brown announced his retirement as coach at Tennessee Tech. [1]

As of September, 2019, Brown is the co-host of The George Plaster Show on Nashville radio station WNSR weekdays from 2-4 pm. 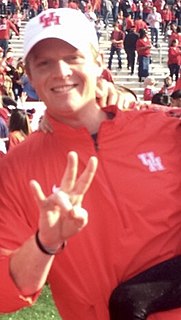 Tamaurice Nigel "Tee" Martin is an American football coach and former quarterback who is the wide receivers coach for the Baltimore Ravens of the National Football League (NFL). He previously served as an assistant coach at the University of Tennessee, University of Southern California, University of Kentucky, University of New Mexico, North Atlanta HS, North Cobb HS and Morehouse College.

The UAB Blazers football team represents the University of Alabama at Birmingham (UAB) in the sport of American football. The Blazers compete in the Football Bowl Subdivision (FBS) of the National Collegiate Athletic Association (NCAA) and the West Division of Conference USA (CUSA). The team is led by head coach Bill Clark, who has held the position since 2014. Home games were previously held at Legion Field in Birmingham from the 1991 season to the 2020 season. A new stadium, Protective Stadium, will be the home of the Blazers starting in the 2021 season. The new stadium's capacity is over 47,000. 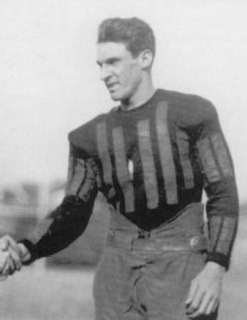 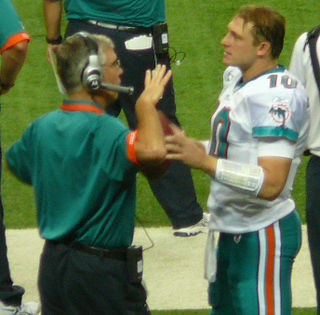 The 2008 Vanderbilt Commodores football team represented Vanderbilt University during the 2008–09 college football season. The team's head coach was Bobby Johnson, who served his seventh season in the position. The Commodores played their six home games at Vanderbilt Stadium at Dudley Field in Nashville, Tennessee. This was Vanderbilt's first 5-0 start since 1943. The season saw Vandy reach a bowl game for the first time since 1982, and also end a streak of 26 straight losing seasons.

Joe Craddock is an American football coach. He was formerly the offensive coordinator and QB coach at the University of Arkansas. He played professionally in the Italian Football League. He played his college football at Middle Tennessee State.

The Tennessee Volunteers football team represents the University of Tennessee in American football.

The 2019 Vanderbilt Commodores football team represented Vanderbilt University in the 2019 NCAA Division I FBS football season. The Commodores played their home games at Vanderbilt Stadium in Nashville, Tennessee, and competed in the Eastern Division of the Southeastern Conference (SEC). They were led by sixth-year head coach Derek Mason.