Last updated September 08, 2021
Any of the ways in which waves travel

With respect to the direction of the oscillation relative to the propagation direction, we can distinguish between longitudinal wave and transverse waves.

For electromagnetic waves, propagation may occur in a vacuum as well as in the material medium. Other wave types cannot propagate through a vacuum and need a transmission medium to exist.

Reflection of plane waves in a half-space

The propagation and reflection of plane waves—e.g. Pressure waves (P-wave) or Shear waves (SH or SV-waves) are phenomena that were first characterized within the field of classical seismology, and are now considered fundamental concepts in modern seismic tomography. The analytical solution to this problem exists and is well known. The frequency domain solution can be obtained by first finding the Helmholtz decomposition of the displacement field, which is then substituted into the wave equation. From here, the plane wave eigenmodes can be calculated.

The analytical solution of SV-wave in a half-space indicates that the plane SV wave reflects back to the domain as a P and SV waves, leaving out special cases. The angle of the reflected SV wave is identical to the incidence wave, while the angle of the reflected P wave is greater than the SV wave. For the same wave frequency, the SV wavelength is smaller than the P wavelength. This fact has been depicted in this animated picture. [1]

Similar to the SV wave, the P incidence, in general, reflects as the P and SV wave. There are some special cases where the regime is different.

Wave velocity is a general concept, of various kinds of wave velocities, for a wave's phase and speed concerning energy (and information) propagation. The phase velocity is given as:

The phase speed gives you the speed at which a point of constant phase of the wave will travel for a discrete frequency. The angular frequency ω cannot be chosen independently from the wavenumber k, but both are related through the dispersion relationship:

In the special case Ω(k) = ck, with c a constant, the waves are called non-dispersive, since all frequencies travel at the same phase speed c. For instance electromagnetic waves in vacuum are non-dispersive. In case of other forms of the dispersion relation, we have dispersive waves. The dispersion relationship depends on the medium through which the waves propagate and on the type of waves (for instance electromagnetic, sound or water waves).

The speed at which a resultant wave packet from a narrow range of frequencies will travel is called the group velocity and is determined from the gradient of the dispersion relation:

In almost all cases, a wave is mainly a movement of energy through a medium. Most often, the group velocity is the velocity at which the energy moves through this medium.

Frequency is the number of occurrences of a repeating event per unit of time. It is also occasionally referred to as temporal frequency to emphasize the contrast to spatial frequency, and ordinary frequency to emphasize the contrast to angular frequency. Frequency is measured in hertz (Hz) which is equal to one event per second. The period is the duration of time of one cycle in a repeating event, so the period is the reciprocal of the frequency. For example: if a newborn baby's heart beats at a frequency of 120 times a minute, its period, T—the time interval between beats—is half a second. Frequency is an important parameter used in science and engineering to specify the rate of oscillatory and vibratory phenomena, such as mechanical vibrations, audio signals (sound), radio waves, and light.

The group velocity of a wave is the velocity with which the overall envelope shape of the wave's amplitudes—known as the modulation or envelope of the wave—propagates through space. 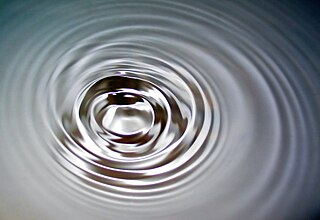 In physics, mathematics, and related fields, a wave is a propagating dynamic disturbance of one or more quantities, sometimes as described by a wave equation. In physical waves, at least two field quantities in the wave medium are involved. Waves can be periodic, in which case those quantities oscillate repeatedly about an equilibrium (resting) value at some frequency. When the entire waveform moves in one direction it is said to be a traveling wave; by contrast, a pair of superimposed periodic waves traveling in opposite directions makes a standing wave. In a standing wave, the amplitude of vibration has nulls at some positions where the wave amplitude appears smaller or even zero.

Longitudinal waves are waves in which the vibration of the medium is parallel to the direction the wave travels and displacement of the medium is in the same direction of the wave propagation. Mechanical longitudinal waves are also called compressional or compression waves, because they produce compression and rarefaction when traveling through a medium, and pressure waves, because they produce increases and decreases in pressure. A wave along the length of a stretched Slinky toy, where the distance between coils increases and decreases, is a good visualization. Real-world examples include sound waves and seismic P-waves. 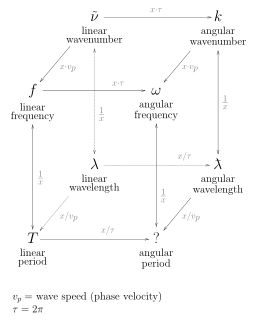 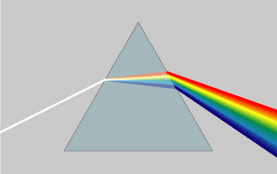 In optics, dispersion is the phenomenon in which the phase velocity of a wave depends on its frequency. Media having this common property may be termed dispersive media. Sometimes the term chromatic dispersion is used for specificity. Although the term is used in the field of optics to describe light and other electromagnetic waves, dispersion in the same sense can apply to any sort of wave motion such as acoustic dispersion in the case of sound and seismic waves, in gravity waves, and for telecommunication signals along transmission lines or optical fiber. Physically, dispersion translates in a loss of kinetic energy through absorption. 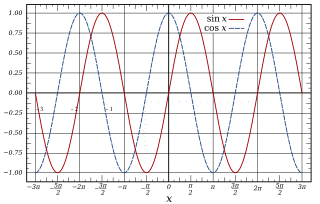 Precursors are characteristic wave patterns caused by dispersion of an impulse's frequency components as it propagates through a medium. Classically, precursors precede the main signal, although in certain situations they may also follow it. Precursor phenomena exist for all types of waves, as their appearance is only predicated on the prominence of dispersion effects in a given mode of wave propagation. This non-specificity has been confirmed by the observation of precursor patterns in different types of electromagnetic radiation as well as in fluid surface waves and seismic waves. 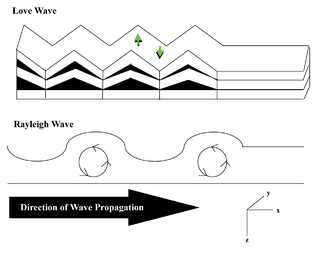 Seismic inversion involves the set of methods which seismologists use to infer properties through physical measurements. Surface-wave inversion is the method by which elastic properties, density, and thickness of layers in the subsurface are obtained through analysis of surface-wave dispersion. The entire inversion process requires the gathering of seismic data, the creation of dispersion curves, and finally the inference of subsurface properties. 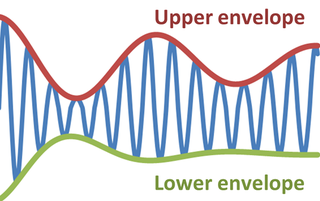 In physics and engineering, the envelope of an oscillating signal is a smooth curve outlining its extremes. The envelope thus generalizes the concept of a constant amplitude into an instantaneous amplitude. The figure illustrates a modulated sine wave varying between an upper envelope and a lower envelope. The envelope function may be a function of time, space, angle, or indeed of any variable.

Mathematical Q models provide a model of the earth's response to seismic waves. In reflection seismology, the anelastic attenuation factor, often expressed as seismic quality factor or Q, which is inversely proportional to attenuation factor, quantifies the effects of anelastic attenuation on the seismic wavelet caused by fluid movement and grain boundary friction. When a plane wave propagates through a homogeneous viscoelastic medium, the effects of amplitude attenuation and velocity dispersion may be combined conveniently into the single dimensionless parameter, Q. As a seismic wave propagates through a medium, the elastic energy associated with the wave is gradually absorbed by the medium, eventually ending up as heat energy. This is known as absorption and will eventually cause the total disappearance of the seismic wave.

In physics, a sinusoidalplane wave is a special case of plane wave: a field whose value varies as a sinusoidal function of time and of the distance from some fixed plane.