This disambiguation page lists articles associated with the title West Lindfield, New South Wales.
If an internal link led you here, you may wish to change the link to point directly to the intended article.

Lindfield is a suburb on the Upper North Shore of Sydney in the state of New South Wales, Australia. It is 13 kilometres north-west of the Sydney Central Business District and is in the local government area of Ku-ring-gai Council. East Lindfield is a separate suburb, although they share the postcode of 2070.

Ku-ring-gai Council is a local government area in Northern Sydney, in the state of New South Wales, Australia. The region is named after the Kuringgai tribe who once inhabited the area. 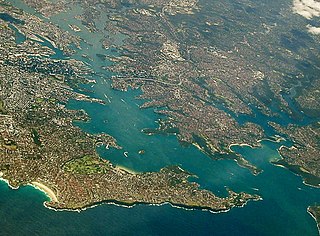 The North Shore is a region of Sydney, New South Wales, Australia, a subset of the Northern Sydney region. The region is customary, not legal or administrative, and in customary usage generally includes the suburbs located on the northern side of Sydney Harbour up to Hornsby, and between Middle Harbour and the Lane Cove River. 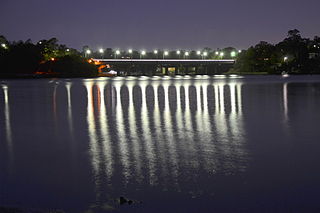 Lindfield may refer to: 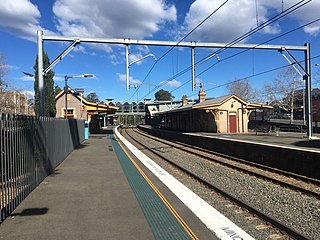 Killara High School is a coeducational public secondary school, located on Koola Avenue in East Killara, Sydney. Established in 1968, Killara High School is one of the highest performing comprehensive non-selective public schools in the state. The success of the school in the Higher School Certificate (HSC) and its reputation as a school with an extensive program of curriculum enrichment make the school highly desirable. Activities such as music, art, dance, drama, debating, sport and strong participation in the Duke of Edinburgh's Award Scheme are included in the co-curricular program. Enrolment rose 21% from 2002 to a population of 1400 students in 2009. It now has 1580 students (2016). Currently, accepted catchment areas include Roseville, West Lindfield, Lindfield, East Lindfield, West Killara, Killara, East Killara, West Gordon and East Gordon.

West Killara is a locality in the suburb of Killara, a suburb located on the Upper North Shore Sydney, in the state of New South Wales, Australia. It is located 14 kilometres north-west of the Sydney Central Business District in the local government area of Ku-ring-gai Council.

East Lindfield is a suburb on the Upper North Shore of Sydney in the state of New South Wales, Australia. East Lindfield is located 13 kilometres north-west of the Sydney Central Business District in the local government area of Ku-ring-gai Council. Lindfield is a separate suburb to the west sharing the postcode of 2070. 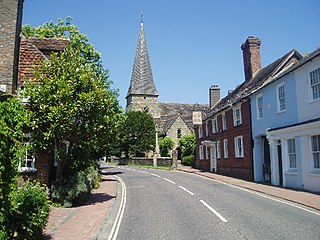 Lindfield is a village and civil parish in the Mid Sussex District of West Sussex, England. The parish lies 1 mile (2 km) to the north-east of Haywards Heath, of which the village is a part of the built-up area. It stands on the upper reaches of the River Ouse. The name 'Lindfield' means 'open land with lime trees.'

Davidson is an electoral district of the Legislative Assembly in the Australian state of New South Wales. It is represented by Jonathan O'Dea of the Liberal Party.

Ku-ring-gai is an electoral district of the Legislative Assembly in the Australian state of New South Wales. Since 2015 it has been represented by Alister Henskens of the Liberal Party. The electorate covers the suburbs and parts of the suburbs of Gordon, Hornsby, Killara, Lindfield, Normanhurst, North Turramurra, North Wahroonga, Pymble, South Turramurra, Thornleigh, Turramurra, Wahroonga, Waitara, Warrawee and West Pymble.

Gordon was an electoral district of the Legislative Assembly in the Australian state of New South Wales. Originally created in 1904, replacing Willoughby. With the introduction of proportional representation, it was absorbed into the five-member electorate of Ryde, along with Burwood and Willoughby. It was recreated in 1927, but was abolished in 1999. It originally covered most of the suburbs of the Ku-ring-gai Council local government area, including the suburbs of Lindfield and Gordon.

Ausgrid is an electricity distribution company which owns, maintains and operates the electrical networks supplying 1.8 million customers in Sydney, the Central Coast and Hunter regions of New South Wales, Australia. It was formed in 2011 from the previously state-owned energy retailer/distributor, EnergyAustralia, when the retail division of the company, along with the EnergyAustralia brand, was sold by the Government of New South Wales, and the remainder renamed Ausgrid.

The Lindfield Rugby Club is an Australian rugby union football club in Sydney. The club's home ground is in the suburb of East Lindfield. Lindfield competes in the NSWSRU competition. The Lindfield Juniors Rugby club is also one of the largest for junior players in Australia. 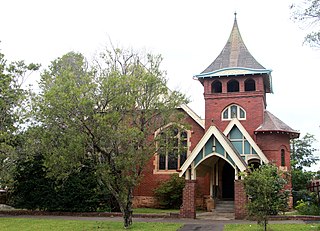 Tryon Road Uniting Church is a heritage-listed Uniting church located at 33 Tryon Road in the Sydney suburb of Lindfield in the Ku-ring-gai Council local government area of New South Wales, Australia. It was designed by William Slade and built from 1914 to 1914 by W. 'Ossie' Knowles. It is also known as Lindfield Wesleyan Methodist Church. The property is owned by the Uniting Church in Australia. It was added to the New South Wales State Heritage Register on 19 September 2003.