The 2010 United Bowl was the second title game of the Indoor Football League (IFL). It was played on July 17, 2010, at the Billings Sports Plex in Billings, Montana. The top seed in the Intense Conference (Billings Outlaws) defeated the United Conference's two-seed team, Sioux Falls Storm, by a score of 43–34.

Road to the United Bowl

The 2002 NFL season was the 83rd regular season of the National Football League. 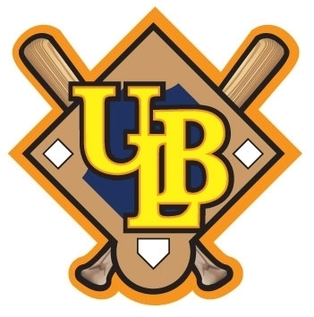 United League Baseball was an independent baseball league that operated in Texas. The league operated from 2006 to 2009. The league then temporarily merged with the Northern League and the Golden Baseball League to form the North American League from 2011–2012. However, after the North American League folded at the end of the 2012 season, ULB was reformed. It dissolved for a second time in January 2015.

The Eastern Conference of the Women's National Basketball Association is made up of six teams.

The 2009 WNBA Playoffs is the postseason for the Women's National Basketball Association's 2009 season.

The 2010 Indoor Football League season was the second season of the Indoor Football League (IFL). The regular season began on Friday, February 26 and ended on Saturday, June 19. In March, the Indoor Football League took control of the Alaska Wild and intended to operate the team until a new owner was found or the season ended. In May, after nine games and no new ownership identified, the team forfeited its remaining home games, played its final road game against Tri-Cities under league auspices, and then ceased operations. After three weeks of playoffs the season ended with the 2010 United Bowl on July 17 where the Billings Outlaws defeated the Sioux Falls Storm. 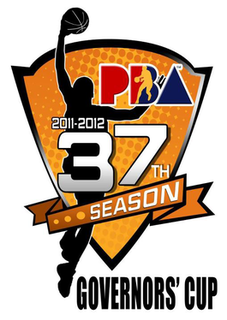 The 2012 Philippine Basketball Association (PBA) Governors' Cup, was the third and last conference of the 2011–12 PBA season. The tournament started on May 20 and culminated on August 5 with the Rain or Shine Elasto Painters team defeating the B-Meg Llamados team by 4 games to 3. 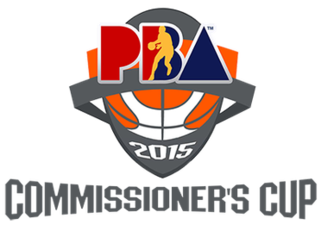 The 2015 Philippine Basketball Association (PBA) Commissioner's Cup, also known as the 2015 PLDT Home TelPad-PBA Commissioner's Cup for sponsorship reasons, was the second conference of the 2014–15 PBA season. The tournament began on January 27, 2015 and ended on April 29, 2015. The tournament allows teams to hire foreign players or imports with a height limit of 6'9" for the top eight teams of the Philippine Cup, while the bottom four teams will be allowed to hire imports with no height limit. 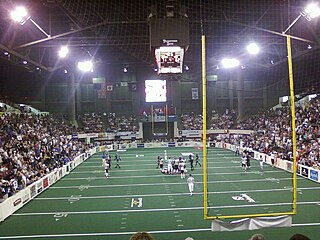 The 2009 United Bowl was the inaugural title game of the Indoor Football League (IFL). It was played on August 15, 2009, at the Rimrock Auto Arena at MetraPark in Billings, Montana. The top seed in the Intense Conference defeated the six-seed RiverCity Rage of the United Conference by a score of 71–62. 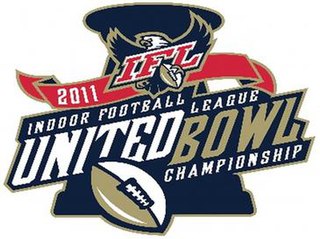 The 2011 United Bowl was the third title game of the Indoor Football League (IFL). It was played on July 16, 2011, at the Sioux Falls Arena in Sioux Falls, South Dakota. The top seed in the United Conference, the Sioux Falls Storm, defeated the fourth-seed Intense Conference champion Tri-Cities Fever, by a score of 37–10.

The 2018 Northeast Conference Men's Basketball Tournament was the postseason men's basketball tournament for the Northeast Conference for the 2017–18 NCAA Division I men's basketball season. All tournament games were played at the home arena of the highest seed, on February 28, March 3, and March 6, 2018. The No. 4 seed LIU Brooklyn defeated No. 1 seed Wagner in the championship game to earn the NEC's automatic bid to the NCAA Tournament.

The 2019 West Coast Conference Men's Basketball Tournament was the postseason men's basketball tournament for the West Coast Conference during the 2018–19 NCAA Division I men's basketball season. The tournament was held from March 7 through March 12, 2019 at the Orleans Arena in Paradise, Nevada. Saint Mary's upset top-seeded Gonzaga 60–47 in the championship game to win the tournament, and received the conference's automatic bid to the 2019 NCAA Tournament. It was the fourth championship for Saint Mary's, their first since 2012.