22 Jacks is an American punk rock supergroup, consisting of members of Wax, The Breeders, The Adolescents and Royal Crown Revue. They were active from 1995 to 2001, and again from 2007 on.

In late 1995, Joe Sib after the breakup of his band Wax, decided to get together with longtime friend Steve Soto (former member of The Adolescents and Agent Orange) to write some material. They started writing songs and soon noticed that something special was taking place. They soon gathered Sandy Hansen (The Adolescents), Scott Shiflett (Face to Face), and Jason Cropper (Weezer) to form 22 Jacks. In February 1996, 22 Jacks went to The Sandbox studio in Los Angeles and recorded 12 songs which became the "Uncle Bob" record. With the three final additions to the band already having prior commitments, Sib and Soto went on a search for replacements to solidify the lineup. They found Kelly LeMieux (Fear), Jose Medeles (The Breeders, and Face to Face), and Bill Fraenza.

Before a fourth album could be recorded, 22 Jacks called it quits around 2001 as Sib left the band to concentrate on the future of SideOneDummy Records. Following the breakup, Soto went on to reform The Adolescents and Medeles also joined the reunion of The Breeders as their new drummer.

During its six-year lifespan 22 Jacks toured with numerous bands, including Reel Big Fish, Lit, The Bloodhound Gang, Mighty Mighty Bosstones, Goldfinger, Social Distortion, Bouncing Souls, Unwritten Law, Face to Face, Voodoo Glow Skulls, and Ten Foot Pole. They also sang back up for Joey Ramone on a song for a Cheap Trick Tribute album. This helped spark a friendship that lead to Joey Ramone showing up at 22 Jacks concerts and even singing a song or two with them.

On December 13, 2007, Punkbands.com reported that 22 Jacks had reformed to play three shows in California in January 2008, making it their first performance together since breaking up in 2001. On one of the dates, they were supported by Social Distortion. It was also announced that there may be a follow-up to that tour. As of this moment, the band has not yet expressed plans for a new studio album.

On June 27, 2018, founding member Steve Soto died suddenly in his sleep at the age of 54 just days after finishing a tour with his band The Adolescents. [1] 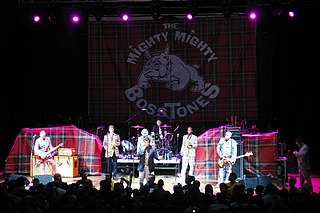 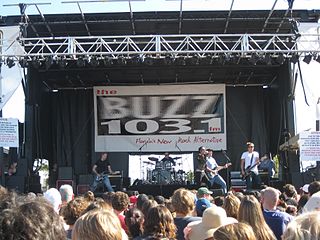 The Adolescents are an American punk rock band formed in Fullerton, California in 1980. Part of the hardcore punk movement in southern California in the early 1980s, they were one of the main punk acts to emerge from Orange County, along with their peers in Agent Orange and Social Distortion. Founding bassist Steve Soto was the sole constant member of the band since its inception until his 2018 death, with singer Tony Reflex being in the group for all but one album. 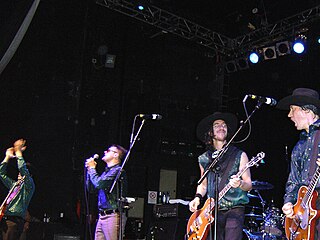 Jason Rosanoff Cropper is an American musician best known as the guitarist and founding member of American alternative rock band Weezer during the very beginning of their career. He left the band before the release of their debut album Weezer, but is still thought to have an incredibly important role in the formation of the band's iconic sound. 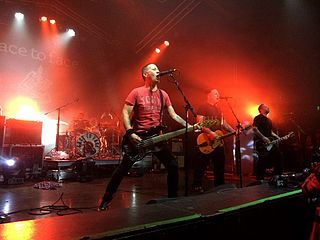 Face to Face is a punk rock band from Southern California, formed in 1991 by frontman Trever Keith, bassist Matt Riddle and drummer Rob Kurth. The band rose to fame with their 1995 album Big Choice, featuring the radio hit "Disconnected" which received heavy rotation on KROQ radio in Los Angeles and appeared in the movies Tank Girl and National Lampoon's Senior Trip. 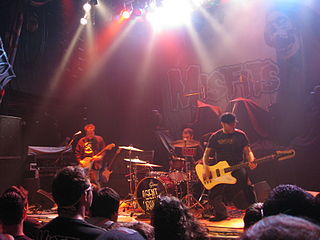 Agent Orange is an American punk rock band formed in Placentia, California in 1979. The band was one of the first to mix punk rock with surf music. 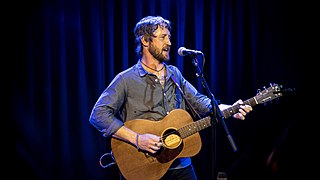 Christopher Aubrey Shiflett is an American musician. He is most recognizable as lead guitarist for the American rock band Foo Fighters. He was previously a member of the punk rock bands No Use for a Name (1995–1999) and Me First and the Gimme Gimmes (1995–2019). He joined the Foo Fighters in 1999 following the release of their third album There Is Nothing Left to Lose, and performed with the Foo Fighters and the Gimmes, as well as several other side projects, simultaneously. He also hosts a podcast titled Walking the Floor and has released two solo albums, the most recent in 2019.

Brad Logan, sometimes called Brad Minus, is an American punk rock guitarist from Los Angeles, California, who also owns and operates Blacknoise Recordings, and has collaborated on projects with Alternative Tentacles. Logan was the frontman and guitarist for hardcore punk band F-Minus but is most famous for his work in the group Leftöver Crack.In 2018, Logan joined Adolescents following the death their founding bassist Steve Soto. 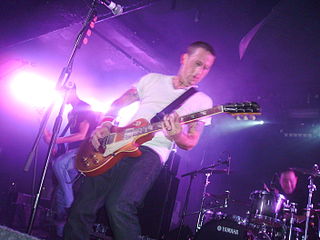 Jackson United is an American punk rock band, formed by singer and lead guitarist Chris Shiflett in 2003. Shiflett recruited his older brother Scott Shiflett (bass) and Pete Parada (drums) to complete the band. A debut eponymous EP was recorded and released in 2003. Shortly after this release Parada left the band. He was replaced by Cary Lascala, and the group was then further expanded with the addition of a rhythm guitarist, Doug Sangalang.

Manic Hispanic is an American Chicano punk rock band from Orange County and Los Angeles, California, United States. They are a comedy act that plays cover versions of punk rock "standards" by slightly renaming songs and adjusting lyrics with humorous references to Chicano culture. The band's members are all Mexican and use stage names further marking the Mexican/Chicano image of the band. Manic Hispanic is a supergroup made up of former and/or current members of The Adolescents, The Grabbers, Punk Rock Karaoke, The X-Members, 22 Jacks, Final Conflict, Agent Orange, Death by Stereo and The Cadillac Tramps.

OC Confidential is the fourth studio album by the American punk rock band the Adolescents, released in July 2005 on Finger Records. It was their first studio album since 1988, and followed their reunion in 2001 after a twelve-year breakup. The album features founding band members Tony Reflex, Frank Agnew, and Steve Soto, joined by drummer Derek O'Brien. It was the final Adolescents album to include Agnew, and their only studio album with O'Brien.

Punk Rock Karaoke is a band originally formed in 1996 in a Los Feliz bar and restaurant in Los Angeles called Vida to serve as entertainment for a New Year's Eve party. Created as an all star side project by Greg Hetson , original members then were Eric Melvin (NOFX), Jennifer Finch (L7), Derek O'Brien, and Bob Mothersbaugh (Devo). Later members to join the group include Steve Soto, Stan Lee, Eddie Tatar, and following the departure of Derek O'Brien Darrin Pfeiffer (Goldfinger) on drums. 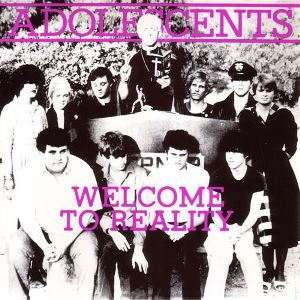 Welcome to Reality is an EP by the American punk rock band the Adolescents, released in October 1981 on Frontier Records. Recorded after guitarist Rikk Agnew left the group, it was their only release recorded with guitarist Steve Roberts. The band broke up in August 1981, and when the EP was released two months later it was not well received. When the Adolescents re-formed five years later, a new lineup re-recorded all three songs from Welcome to Reality for their reunion album, 1987's Brats in Battalions. 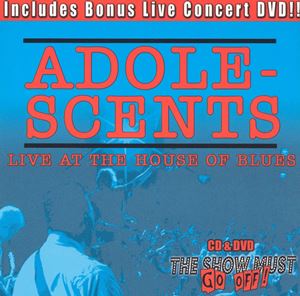 Live at the House of Blues is a live album and concert film by the American punk rock band the Adolescents, released in February 2004 on Kung Fu Records as part of the label's The Show Must Go Off! series. It marked a reunion of the band after a twelve-year breakup, and features songs from their original 1980–81 run and from their then-upcoming reunion album OC Confidential (2005).