Adrian Bakalli (born 22 November 1976) is a Belgian former professional footballer. He represented the Belgium Under-21 side.

The Belgium national under-21 football team is the national under-21 football team of Belgium and is controlled by the Belgian Football Association. The team competes in the European Under-21 Football Championship, held every two years. Their biggest successes were winning the 2007–09 International Challenge Trophy and reaching the European Championship semi-finals in 2007 in the Netherlands. Thanks to the latter achievement, Belgium qualified for the football tournament at the 2008 Summer Olympics. Their current home stadium is Den Dreef in Leuven.

He played for R.W.D. Molenbeek and Rode Verrewinkel before joining English side Watford in January 1999. During the 1999–00 he made two substitute appearances in the Premier League. He subsequently signed for Swindon Town, before returning to Belgium. 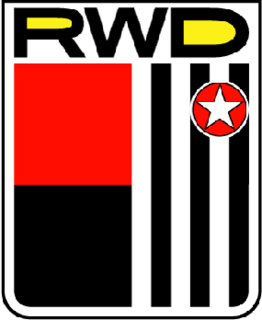 R.W.D. Molenbeek, short for Racing White Daring Molenbeek, was a Belgian football club founded in 1909 as White Star Club de Bruxelles. It then became a member of the Belgian Football Association later the same year as White Star Athletic Club and received the registration number 47. 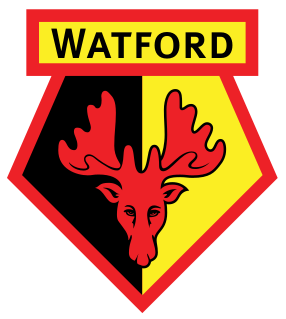 Watford Football Club is an English professional football club in Watford, Hertfordshire. The club recognises its foundation as 1881, aligned with that of its antecedent, Watford Rovers, and was established as Watford Football Club in 1898. After finishing the 1914–15 season as Southern League champions under the management of Harry Kent, Watford joined the Football League in 1920. The club played at several grounds in its early history, before moving to Vicarage Road in 1922.

The Premier League, often referred to as the English Premier League or the EPL outside England, is the top level of the English football league system. Contested by 20 clubs, it operates on a system of promotion and relegation with the English Football League (EFL). 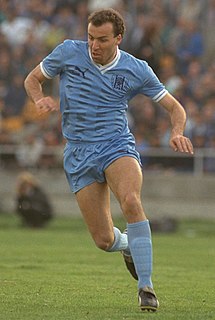 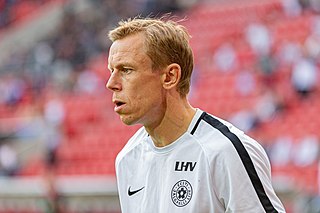 Mart Poom is an Estonian football coach and former professional player. He is currently the goalkeeping coach of the Estonia national football team. 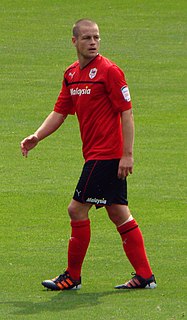 Heiðar Helguson is an Icelandic former footballer who played as a striker. He started his career in the Icelandic league system, with UMFS Dalvík and Þróttur. Following a one-season spell in Norway with Lillestrøm SK, Heiðar moved to England to play for Watford in 1999, with Lillestrøm receiving a transfer fee of £1.5 million. The English media anglicised his name to Heidar when he joined Watford – it is by this given name that he is commonly known in England. 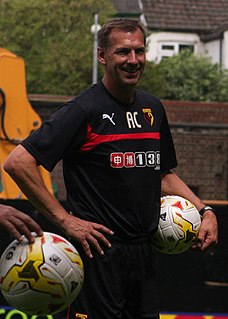 Alec Francis Roy Chamberlain is an English former professional footballer who played as a goalkeeper. He is currently employed by Watford as the club's goalkeeping coach. He made 788 league appearances during his 25-year playing career, the final 11 years and 247 appearances of which were with Watford.

Stephen Glass is a former Scottish professional footballer who is the current head coach of Atlanta United 2 in the USL Championship. 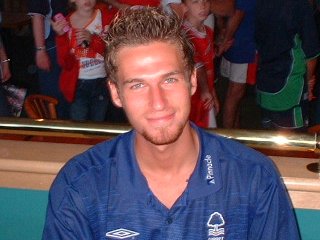 Gareth John Williams is a Scottish former professional footballer. He was capped 5 times for his country and last played for Watford in the Premier League. His career was blighted and ultimately ended by knee injuries. 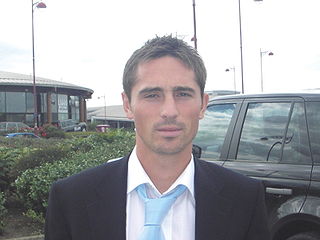 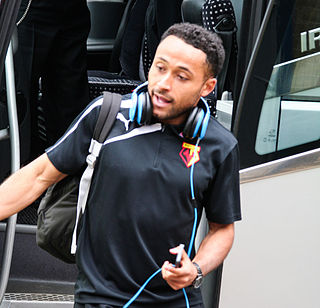 Ikechi Anya is a Scottish professional footballer who plays as a midfielder for English club Derby County and the Scotland national team. A versatile player, he has been fielded in a number of other positions, including winger, wing-back and full-back. Anya has previously played for Wycombe Wanderers and Northampton Town and Watford, as well as Spanish sides Celta de Vigo, Sevilla Atlético and Granada.

Félix-Michel Ngonge is a retired professional footballer. He played international football for Zaire, and later the renamed Democratic Republic of Congo team. 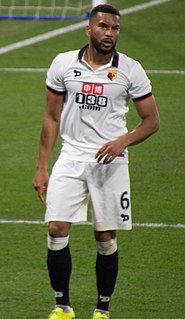 Adrian Joseph Mariappa is a Jamaican professional footballer who plays as a defender for Premier League club Watford.

Nordin Wooter is a Dutch former footballer of Surinamese descent, who played as a right-winger. He is the current manager of Tweede Divisie side FC Lienden.

Geoffrey Mujangi Bia is a Belgian international footballer who plays as a winger for Maccabi Petah Tikva.

Leonard "Leo" Canjels was a Dutch international footballer who played for NAC Breda. 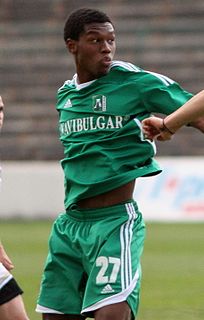 Christian Kabasele is a Congolese-born Belgian professional footballer who currently plays as a defender for Watford in the Premier League. 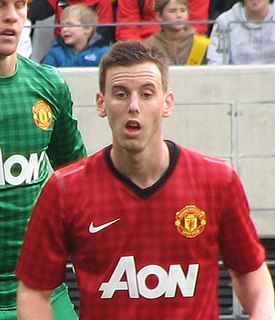 Marnick Danny Ingrid VermijlDutch pronunciation: [ˈvɛrməl] is a Belgian footballer who plays as a right-back for Eerste Divisie side MVV Maastricht. 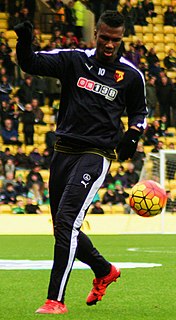 Tom Rosenthal is an Israeli footballer who currently plays for Belgian First Division B side Tubize. He is a midfielder and previously played for Watford F.C., Zulte-Waregem and Queens Park Rangers.