They owned a slave factory on Bance Island, Sierra Leone [1] Their business was based in Philpot Lane, Eastcheap. [2] Alexander was active politically to prevent any restrictions in the running of the slave trade, for example working with his brother to organise a petition to the House of Lords in 1799. [2] :140–1

James Monroe was an American statesman, lawyer, diplomat and Founding Father who served as the fifth president of the United States from 1817 to 1825. A member of the Democratic-Republican Party, Monroe was the last president of the Virginia dynasty; his presidency coincided with the Era of Good Feelings. He is perhaps best known for issuing the Monroe Doctrine, a policy of opposing European colonialism in the Americas. He also served as the governor of Virginia, a member of the United States Senate, the U.S. ambassador to France and Britain, the seventh Secretary of State, and the eighth Secretary of War. 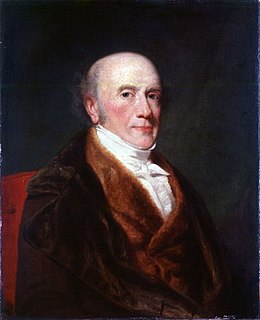 Alexander Baring, 1st Baron Ashburton PC, of The Grange in Hampshire, of Ashburton in Devon and of Buckenham Tofts near Thetford in Norfolk, was a British politician and financier, and a member of the Baring family. Baring was the second son of Sir Francis Baring, 1st Baronet, and of Harriet, daughter of William Herring.

Mungo Park was a Scottish explorer of West Africa. After an exploration of the upper Niger River around 1796, he wrote a popular and influential travel book titled Travels in the Interior Districts of Africa in which he theorized the Niger and Congo merged to become the same river. He was killed during a second expedition, having successfully traveled about two-thirds of the way down the Niger. Park's death meant the idea of a Niger-Congo merger remained unproven but it became the leading theory among geographers. The mystery of the Niger's course, which had been speculated about since the Ancient Greeks and was second only to the mystery of the Nile source, was not solved for another 25 years, in 1830, when it was discovered the Niger and Congo were in fact separate rivers. 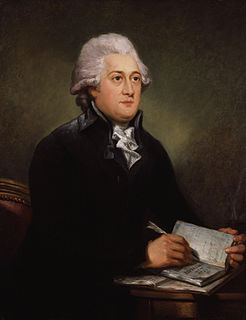 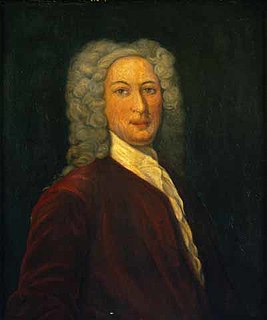 The Royal African Company (RAC) was an English mercantile (trading) company set up in 1660 by the royal Stuart family and City of London merchants to trade along the west coast of Africa. It was led by the Duke of York, who was the brother of Charles II and later took the throne as James II. It shipped more African slaves to the Americas than any other institution in the history of the Atlantic slave trade. 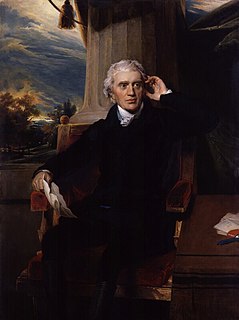 Sir Francis Baring, 1st Baronet, was an English merchant banker, a member of the Baring family, later becoming the first of the Baring baronets.

Sir John Gladstone of Fasque, 1st Baronet, FRSE LLD was a Scottish merchant, slave owner, Member of Parliament, and the father of the British Prime Minister William Ewart Gladstone. Through his commercial activities he acquired several large plantations in Jamaica and Guyana, worked initially by enslaved Africans. A massive slave revolt centred on his estates was brutally crushed by the military. The extent of his ownership of slaves was such that after slavery was abolished in 1833, he received the largest of all compensation payments made by the Slave Compensation Commission. After the passage of the Slavery Abolition Act 1833, Gladstone expelled most African workers from his estates and imported large numbers of indebted Indian indentured-servants, through false promises of providing them schools and medical attention. However, upon arrival they were paid no wages, the repayment of their debts being deemed sufficient, and worked under conditions that continued to resemble slavery in everything except name. 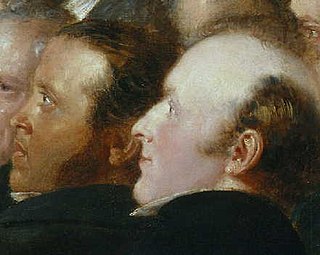 John Scoble was a British abolitionist and political figure in Canada West.

Hope & Co. is the name of a famous Dutch bank that spanned two and a half centuries. Though the founders were Scotsmen, the bank was located in Amsterdam, and at the close of the 18th century it had offices in London as well.

Alexander Tennant, born in Ochiltree, Ayrshire in 1772, was a leading British colonist in the Cape Colony of the Cape of Good Hope, an enterprising merchant, a brother to industrialist Charles Tennant and a friend of Robbie Burns. 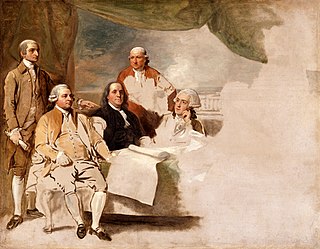 George William Alexander (1802–1890) was an English financier and philanthropist. He was the founding Treasurer of the British and Foreign Anti-Slavery Society in 1839. The American statesman Frederick Douglass said that he "has spent more than an American fortune in promoting the anti-slavery cause ..."

Peter Abadie Sarpy (1805–1865) was the French-American owner and operator of several fur trading posts, essential to the development of the Nebraska Territory, and a thriving ferry business. A prominent businessman, he helped lay out the towns of Bellevue and Decatur, Nebraska. Nebraska's legislature named Sarpy County after him in honor of his service to the state.

John Francis Alexander Sanford (1806–1857) was a frontiersman of the American west who worked with Native American tribes as an Indian agent. He later joined Pierre Chouteau, Jr. in a fur trapping and trading business. He extended his interests into other areas of commerce and became very wealthy. In the final years of his life he was involved with the landmark court case of Dred Scott v. Sandford [sic], which is perhaps what he is best known for today. He suffered mental illness and died in an asylum.

Alexander Dennistoun was a Scottish merchant, bank director, property developer and, for a two years, from 1835 to 1837, Member of Parliament for Dunbartonshire. He was responsible for establishing the Glasgow residential area Dennistoun, named after him.