Alexander Baillie (born 6 January 1956) is an English cellist, recognised internationally as one of the finest of his generation. He is currently professor of cello at the Bremen Hochschule and previously taught at Birmingham Conservatoire, as well as at various summer schools in the UK and Europe. He is one of the main cello professors at the Cadenza Summer School, and also runs an annual cello summer course in Bryanston.

Alexander was born in Stockport, England, and started learning the cello at the late age of twelve, after having been inspired by seeing Jacqueline du Pré perform. He advanced very quickly and gained a place at the Royal College of Music at the age of 16, studying 'cello under Anna Shuttleworth and Joan Dickson. After leaving the RCM, he studied for three years under André Navarra at the Vienna Hochschule. Other cellists he received tuition from included Mstislav Rostropovich and the cellist who inspired him to begin playing, Jacqueline du Pré.

Baillie frequently appears as a concerto soloist all around the world. He has been a soloist at the BBC Proms numerous times, having performed the Schumann, Delius and Beethoven Triple Concertos, as well as various premieres of contemporary works. British Orchestras he has performed with include the London Symphony, City of Birmingham Symphony, BBC Symphony, Royal Philharmonic and the National Youth Orchestra of Scotland. He has also directed and performed the Haydn and Boccherini concertos with the English Chamber Orchestra.

He has made a significant contribution to contemporary music, having premiered various works such as Penderecki's Cello Concerto No. 2 in 1992, H. K. Gruber's Concerto, and Andrew MacDonald's concerto. At the BBC Proms, he gave debut performances of Colin Matthews' Concerto in 1984, Henze's "Sieben Liebeslieder" in 1988 under the composer's direction, and Takemitsu's "Orion and Pleiades" in 1989. Other works by contemporary composers he regularly performs include Lutoslawski's Cello Concerto, which he has performed twice with the National Youth Orchestra of Scotland.

As well as being a prolific performer, Baillie frequently teaches both privately and in masterclasses. Currently he is professor of cello at the Bremen Hochschule in Germany, as well as International Chair in Cello at Birmingham Conservatoire and visiting professor at the Guildhall School of Music and Drama and Royal College of Music. He also makes numerous appearances at summer music courses, including Cadenza International Summer School and the Bryanston International Cello Course in the South of England. In addition, Baillie is a regular conductor of the Marryat Players in Wimbledon.

Alexander Baillie has made various recordings, which include Elgar's Cello Concerto, Tippett's Triple Concerto with the composer himself conducting, and a recent CD of the Gordon Crosse Concerto with the BBC Symphony Orchestra under Martyn Brabbins. He has also recorded the Cello Concerto of Dmitri Shostakovich with the Boston Philharmonic Orchestra and Britten Cello Suites and Sonata, which received the highest acclaim in the New York press. Recordings recently released and to be released soon include Jan Vriend's "The Anatomy of Passion", which was written for Baillie and duo partner James Lisney, as well as a CD of works for cello and piano by Thomas Schmidt Kowalski. 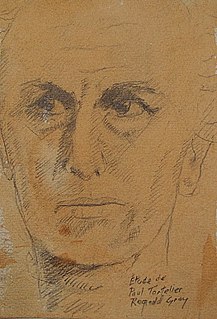 Paul Tortelier was a French cellist and composer.

Julian Lloyd Webber is a British solo cellist, conductor and broadcaster, a former principal of Royal Birmingham Conservatoire and the founder of the In Harmony music education programme.

Natalie Clein is a British classical cellist. Her mother is a professional violinist. Her sister is the actress Louisa Clein.

Colin Matthews, OBE is an English composer of contemporary classical music. Noted for his large-scale orchestral compositions, Matthews is also a prolific arranger of other composer's music, including works by Berlioz, Britten, Dowland, Mahler, Purcell and Schubert. Other arrangements include orchestrations of all Debussy's 24 Préludes, both books of Debussy's Images, and two movements—Oiseaux tristes and La vallée des cloches—from Ravel's Miroirs. Having received a doctorate from University of Sussex on the works of Mahler, from 1964–1975 Matthews worked with his brother David Matthews and musicologist Deryck Cooke on completing a performance version of Mahler's Tenth Symphony.

Guy Johnston is a British cellist and the winner of the BBC Young Musician of the Year award in 2000. He has subsequently enjoyed a successful international career as a soloist and chamber musician and currently serves as an Associate Professor of Cello at the Eastman School of Music in Rochester New York. 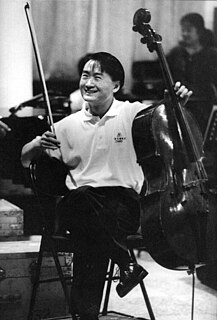 Jian Wang is a Chinese cellist. 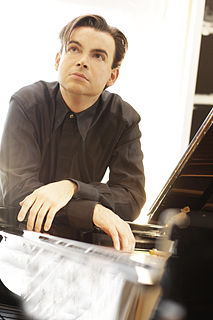 The Russian cellist Leonid Gorokhov studied at the St. Petersburg Conservatoire with Anatoli Nikitin and took part in masterclasses with Daniil Shafran. Winner of Concertino Praga and Paris Chamber Music Competition, Leonid Gorokhov is the only Russian cellist to be awarded the Grand Prix and the First Prize of the Geneva Concours (1986). In 1995 the European Association for Encouragement of the Arts awarded the Cultural Achievement Prize to Leonid Gorokhov for exceptional talent and outstanding artistic accomplishment.

Matthew Barley is an English cellist. He is best known for his performances of core classical music, improvisation, and contemporary music including electronics.

Kristin Merscher is a German classical pianist and professor at the Hochschule für Musik Saar in Saarbrücken, Germany.