Dursun Ali Atay (born 20 April 1976) is a Turkish actor, musician, screenwriter and director. He graduated theatre department of Mimar Sinan Fine Arts University. He is best known for his role as Mecnun in the hit surreal comedy series Leyla ile Mecnun . [4] He is the recipient of Tribeca Best Actor Award. [5] He has appeared in more than fifteen films and theatre plays since 1999. [6]

He played in surreal art house film "Sen Aydınlatırsın Geceyi" with Demet Evgar, Damla Sönmez, Ahmet Mümtaz Taylan. [7] In June 2014, the shooting of his new movie, Limonata , began. The movie marked his first experience as a director and scenarist, and actors such as Serkan Keskin and Ertan Saban were cast as the leading roles in it. [8] Atay later got a major role on ATV's Mutlu Ol Yeter, alongside Aslı Enver, Öner Erkan and Ertan Saban. [9]

In 2017, he appeared portrayed the character of Commissioner Yusuf on BluTV's first online Turkish series Masum. He shared the leading role with Haluk Bilginer, Nur Sürer and Okan Yalabık [10] He later appeared as Ali Astubay on Turkey's entry for the 90th Academy Awards, Ayla . [11] He directed the action-comedy movie Ölümlü Dünya, which was released in 2018. [12] Atay then got a role in the movie Turkish'i Dondurma. [13] 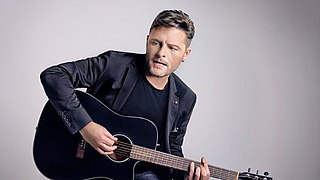 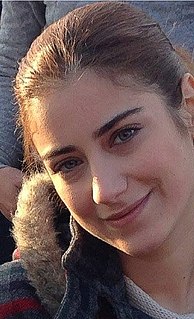 Leyla Hazal Kaya is a Turkish actress and model. Kaya is best known for playing the role of Feriha Sarrafoglu in the television series Adını Feriha Koydum (2011–2012), and other series like Bizim Hikaye (2017–2019).

Ahmet Mümtaz Taylan is a Turkish film, television and theatre actor and director.

Kadir Mısıroğlu was a Turkish lawyer, publisher, writer, politician, and historian, known for his opposition to the secularisation policies of the early Turkish Republic.

Barış Arduç is a Swiss-born Turkish actor. After meeting theater actress Ayla Algan, he started professional acting. His breakthrough came with the premiere of Kiralık Aşk (2015–2017). Apart from his television career, he is also featured in motion pictures. With Kiralık Aşk, Arduç is a two-time award winner at the Golden Butterfly TV Awards. He is also a recipient of the Sadri Family Theater and Cinema Award. From May 2016, he is also a Goodwill Ambassador for the Life Without Cancer Society of Turkey. In March 2017, he won the GQ Turkey award for "Mostly Spoken Man of the Year 2016".

Riza Kocaoğlu is a Turkish actor. Born and raised in İzmir, mainly known for his role Ali in television series Kuzey Güney.

Ertan Saban is a Macedonian-Turkish stage and screen actor. He was born in Skopje, SR Macedonia, SFR Yugoslavia. He is of Turkish descent.

Limonata is a 2015 Turkish comedy film directed by Ali Atay. Part of this story takes place as a road movie from Macedonia to Istanbul and back. This is the story of how two brothers who are initially strangers come to know one another.

Serkan Keskin is a Turkish actor, director and musician. He is best known for his role as İsmail in hit surreal comedy series Leyla and Mecnun and other awarded movies. He has appeared in more than thirty films since 2004. 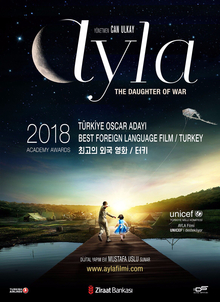 Ayla: The Daughter of War is a 2017 Turkish drama film directed by Can Ulkay. It was selected as the Turkish entry for the Best Foreign Language Film at the 90th Academy Awards, but it was not nominated.

Yahşi Baraz is a Turkish art dealer. He is the founder and the director of one of Turkey's earliest art galleries, Galeri Baraz.

Ebru Özkan is a Turkish actress.

Mehmet Özgür is a Turkish actor. He is the general art director of the Antalya Metropolitan Municipality Theatre.

Uraz Kaygılaroğlu is a Turkish actor and TV presenter. He is a graduate of Istanbul Bilgi University with a degree in commercials and advertising.

Mehmet Erdem is a Turkish musician and singer-songwriter.

Mehmet Cengiz Bozkurt is a Turkish actor. He is best known for his role as Erdal Bakkal in the hit surreal comedy series Leyla ile Mecnun.

Tansu Biçer is a Turkish actor.

Seray Kaya is a Turkish actress. 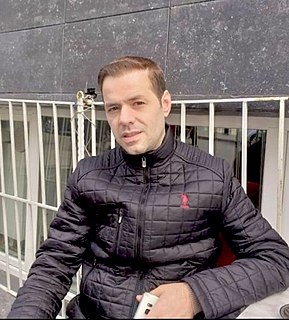 Engin Ayhan, commonly known as Engin Nurşani, was a Turkish-German folk musician. He started his music career with the Adına Bir Çizik Çektim album in 2003, and released eight albums in total until he got a throat cancer in 2019 and took a temporary break from his music career. On 25 December 2020, he died at Istanbul Acıbadem Altunizade Hospital at around 07:00 AM (UTC+3).