The American Iron and Steel Institute is an association of North American steel producers. With its predecessor organizations, is one of the oldest trade associations in the United States, dating back to 1855. It assumed its present form in 1908, with Judge Elbert H. Gary, chairman of the United States Steel Corporation, as its first president. Its development was in response to the need for a cooperative agency in the iron and steel industry for collecting and disseminating statistics and information, carrying on investigations, providing a forum for the discussion of problems and generally advancing the interests of the industry.

The AISI maintained a numbering system for wrought stainless steel in which the three digits indicate the various compositions. The 200 and 300 series are generally austenitic stainless steels, whereas the 400 series are either ferritic or martensitic. Some of the grades have a one-letter or two-letter suffix that indicates a particular modification of the composition. [1] In 1995 the AISI turned over future maintenance of the system to the Society of Automotive Engineers. [2]

Since 1927, the institute has awarded the Elbert H. Gary Medal, an annual medal named for its first president, to a leader within the North American steel industry. Recipients include:

Stainless steel is a group of iron-based alloys that contain a minimum of approximately 11% chromium, a composition that prevents the iron from rusting and also provides heat-resistant properties. Different types of stainless steel include the elements carbon, nitrogen, aluminium, silicon, sulfur, titanium, nickel, copper, selenium, niobium, and molybdenum. Specific types of stainless steel are often designated by their AISI three-digit number, e.g., 304 stainless. 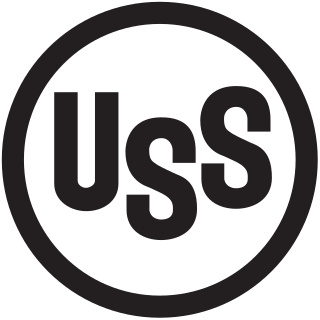 United States Steel Corporation, more commonly known as U.S. Steel, is an American integrated steel producer headquartered in Pittsburgh, Pennsylvania, with production operations in the United States and Central Europe. As of 2018, the company was the world's 27th-largest steel producer and the second-largest in the US, trailing only Nucor Corporation.

Charles Michael Schwab was an American steel magnate. Under his leadership, Bethlehem Steel became the second-largest steel maker in the United States, and one of the most important heavy manufacturers in the world.

Steel is a metal alloy that is composed principally of iron and carbon.

William Justin Kroll was a Luxembourgish metallurgist. He is best known for inventing the Kroll process in 1940, which is used commercially to extract metallic titanium from ore.

Elbert Henry Gary was an American lawyer, county judge and corporate officer. He was a key founder of U.S. Steel in 1901, bringing together partners J. P. Morgan, Andrew Carnegie, and Charles M. Schwab. The city of Gary, Indiana, a steel town, was named for him when it was founded in 1906. Gary, West Virginia was also named after him. When trust busting President Theodore Roosevelt said that Gary was head of the steel trust, Gary considered it a compliment. The two men communicated in a nonconfrontational way unlike Roosevelt's communications with leaders of other trusts.

The United States Air Force Memorial honors the service of the personnel of the United States Air Force and its heritage organizations. The Memorial is located in Arlington County, Virginia, on the former grounds of the Navy Annex near The Pentagon and Arlington National Cemetery. The Memorial is southwest of the intersection of Columbia Pike and South Joyce Street and is accessible from the north side of Columbia Pike. It was the last project of American architect James Ingo Freed with the firm Pei Cobb Freed & Partners. 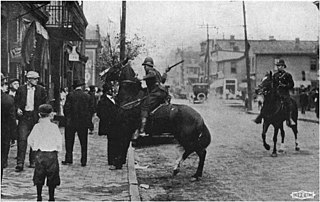 The steel strike of 1919 was an attempt by the weakened Amalgamated Association of Iron, Steel and Tin Workers (AA) to organize the United States steel industry in the wake of World War I. The strike began on September 22, 1919, and collapsed on January 8, 1920.

John P. Surma is an American businessman. He was the executive chairman of the board of United States Steel Corporation. Surma retired as CEO of U.S. Steel effective September 1, 2013, and Chairman effective January 1, 2014, positions he held since 2004.

W.R. Case & Sons Cutlery Company is an American manufacturer of traditional pocket knives, fixed blades/sporting knives, kitchen knives, limited edition commemoratives and collectibles. The company originated in Little Valley, New York, around the turn of the 20th century, before relocating to its current home, Bradford, Pennsylvania, in 1905. The company's namesake, William Russell Case, first made knives with his brothers under the name Case Brothers Cutlery Company. His son, John Russell ("Russ") Case, worked as a salesman for his father's company before founding W.R. Case & Sons. 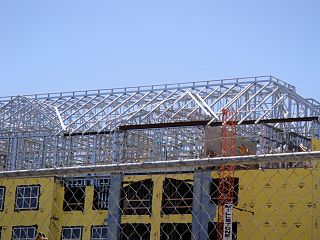 The European Perforators Association, commonly known as Europerf, is the European association for the metal perforating industry. 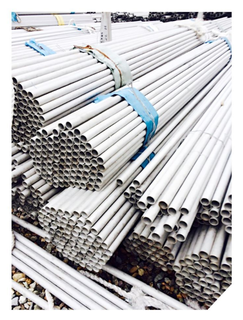 SAE 304 stainless steel is the most common stainless steel. The steel contains both chromium and nickel [1] metals as the main non-iron constituents. It is an austenitic stainless steel. It is less electrically and thermally conductive than carbon steel and is essentially-magnetic but less magnetic than steel. It has a higher corrosion resistance than regular steel and is widely used because of the ease in which it is formed into various shapes.

Crucible Industries, commonly known as Crucible, is an American company which develops and manufactures specialty steels, and is the sole producer of Crucible Particle Metallurgy (CPM) steels. The company produces high speed, stainless and tool steels for the automotive, cutlery, aerospace, and machine tool industries.

Kuppuswamy Anantha Padmanabhan is an Indian academician well known for his contributions in the field of materials & metallurgical science and engineering. In particular, he is well renowned for his contributions to superplasticity. He is currently professor of eminence (honorary), Anna University, Chennai; member, Research and Innovation Advisory Board, TCS and a research advisor to TCS and Aditya Birla S&T Company. He is a former director of Indian Institute of Technology Kanpur and a former dean, academic research, IIT Madras, India. In 1994, he became the first Indian to receive the "Forschungspreis" of the Alexander von Humboldt Foundation, Germany. For his research contributions, the University of Cambridge, UK, conferred on him the highest academic degree ‘Sc.D’ in 1998, and he is the first Indian engineer/ materials specialist to be conferred this honour. He also served as the Mercator Professor of DFG at the Institute of Materials Physics, University of Münster, Germany.

Quincy Bent was an American businessman who served as vice president of Bethlehem Steel.

Mary Catherine Juhas is an American engineer. She is an associate vice president in the Office of Research and associate professor of materials science and engineering in the College of Engineering at The Ohio State University. She is a Fellow of the American Society for Metals and inducted into the Ohio Women's Hall of Fame.