Laura Colleen Gloria Brock is an Australian soccer player who plays for EA Guingamp in the Division 1 Féminine. She made her debut for the national team in 2010.

Jessica Anne Fishlock is a Welsh professional footballer and coach who plays as a midfielder for OL Reign and the Wales national team. She previously played for Bristol Academy in England's FA Women's Super League, AZ Alkmaar in the Dutch Eredivisie, Glasgow City in the Scottish Women's Premier League, Melbourne Victory and Melbourne City in Australia's W-League, as well as Bundesliga club FFC Frankfurt in Germany. 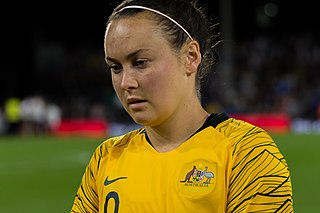 Stephanie-Elise Catley is an Australian professional soccer player who plays as a defender for Arsenal and the Australia national team. She can play in many positions in defence, such as left-back, centre-back or sweeper.

Katrina-Lee Gorry is an Australian professional soccer player who plays as a midfielder for Vittsjö GIK in the Damallsvenskan. and for the Australia women's national team. She was the 2014 AFC Women's Player of the Year. 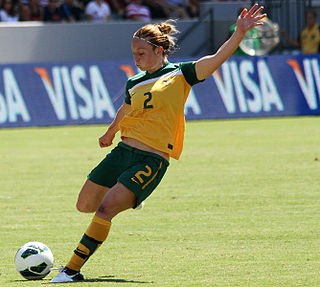 Larissa Rose Crummer is an Australian professional soccer player who plays as a forward for Brisbane Roar in the W-League and the Australia women's national team, also known as the Matildas. She previously played for W-League clubs Melbourne City, Brisbane Roar FC, Sydney FC, and Newcastle Jets.

The 2014 Melbourne Victory FC W-League season in soccer was the club's seventh participation in the W-League, since the league's formation in 2008. 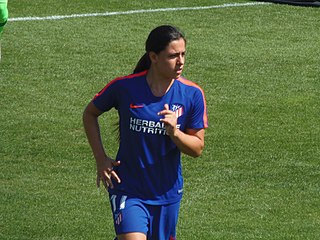 Alexandra Carla Chidiac is an Australian international soccer player who plays as a midfielder for Melbourne Victory on loan from Racing Louisville in Louisville, Kentucky, United States, and for the Australia national team. 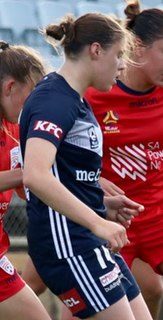 Melina Ayres is an Australian football (soccer) player, who currently plays for Breiðablik in the Icelandic Besta-deild kvenna on a loan from Melbourne Victory. She has previously played for Melbourne City.

The 2019–20 W-League season was the twelfth season of the W-League, the Australian national women's association football competition. Nine teams competed in the league, with most of the players from Australia but 33 of them from 11 other countries.

The 2020–21 W-League season was the thirteenth season of the W-League, the Australian national women's association football competition. The season started on 29 December 2020 and ended with the Grand Final on 11 April 2021.

The 2021–22 A-League Women, known as the Liberty A-League for sponsorship reasons, was the fourteenth season of the A-League Women, the Australian national women's association football competition originally known as the W-League until the previous season. Wellington Phoenix were announced as an expansion club, taking the total teams to 10.