Anti Video Piracy Association of Singapore (AVPAS) is a copy protection consortium with other anime producers founded by Odex on 30 July 2003. The association lists over 400 titles (as of 25 May 2007) and is supported by at least one governmental agency. AVPAS is not a governmental agency by itself. It aims to monitor and combat the unauthorized distribution of video related rights, in particular anime and Japanese-related Intellectual Property. The website technically is being maintained by NetroAsia. Its main committee members are Dr. Toh See Kiat (AVPAS president), Go Wei Ho Peter (AVPAS vice president and Odex director), Sing Xin Yang (AVPAS secretary and Odex director) and Yong Yet Yuen (AVPAS Secretary). [1] [2]

The organisation, along with Odex, gained considerable prominence in mid-2007 due to Odex's legal actions against Internet users in Singapore, which were ultimately rejected by the Court in January 2008.

Up to date, the AVPAS has only been known to have created a website which features the Odex Clarification Article on their homepage, has pictures of bootlegged anime and Japanese video CDs and contains a list of authorised titles.

According to the "Odex Clarification Article" on the AVPAS website, the AVPAS has also been said to have authorised Odex to carry out demands of money from anime downloaders. [3] However, the AVPAS has not publicly announced its authorisation and has not commented on whether this claim by Odex is true or false.[ when? ]

Netizens virtually unanimously agree that they did not even know about the existence of AVPAS before the Odex Saga.[ citation needed ]

The domain name for the AVPAS website was registered in April 2007, three months before Odex started the saga in July to September 2007.[ citation needed ]

About its sudden prominence in mid-2007, which coincided with Odex's rise to notoriety among Netizens, there have been concerns raised regarding the legitimacy and purpose of AVPAS, especially since its main committee is dominated by the Odex directors. [4] The AVPAS website appears to have ceased from being updated since 31 August 2007, which is coincidentally the beginning of the period when the Odex Saga started to blow over in mainstream media.[ citation needed ]

Despite being self-dubbed the Anti Video Piracy Association of Singapore, the AVPAS does not seem to be interested in monitoring or combating the copyright violation of non-anime or non-Japanese films as the only titles listed or displayed on its website are either anime or Japanese video titles.[ citation needed ] No publicly known action has been taken by the AVPAS against file sharers dabbling in non-anime and non-Japanese videos.

A fansub is a version of a foreign film or foreign television program which has been translated by fans and subtitled into a language usually other than that of the original.

AnimeSuki is a website and once considered "... the largest database of BitTorrent anime shows" that focused on providing unlicensed anime fansubs using the BitTorrent peer-to-peer system. The website was created by GHDpro on December 26, 2002. Animesuki was not a tracker; instead, it provided links to many trackers across the web. It did not list pornography or series that had been licensed in North America. However, in 2013 it stopped maintaining its database of torrents, and the forums remain as the only active part of the site.

The Singapore Army is the service of the Singapore Armed Forces (SAF) tasked with land operations. It is the largest of the three services and primarily a conscript army that in the event of national exigencies or war, morphs itself from peacetime to a war footing by mobilising almost all of its combined combat power by calling up operationally-ready military reservists.

Odex Pte. Ltd. is a Singapore-based company that licenses and releases anime for local and regional Southeast Asian consumption. Odex was established in 1987 and set up its Anime Distribution department in 2000, selling anime in Singapore. It works with Japanese licensors such as Sunrise Inc., TV Tokyo, Yomiuri TV, D-Rights, TMS, Showgate Inc and Aniplex Inc. Odex also sells programs to television stations in Singapore, Malaysia, Indonesia, such as TV3, NTV7, Astro, MediaCorp TV and StarHub TV. Other than licensing, Odex also does English dubbing, translation and subtitling for other companies. Odex also deals in anime merchandise sales. 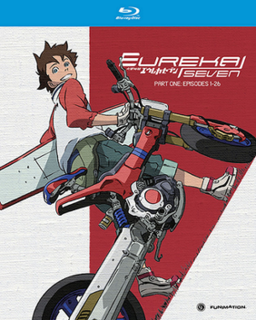 Minori was a Japanese visual novel company. Their most successful game is Ef: A Fairy Tale of the Two., which has had a manga and two anime television series based on it, and was ported to the PlayStation 2 in April 2010. They use Musica as their main engine. A few of their earlier games' opening movies were animated by Makoto Shinkai. Minori is known for its stance against fan-translations and piracy and has garnered some infamy for its actions against fan translation group No Name Losers and TLWiki, due to the controversy regarding the video game Rapelay by Illusion Soft. As a result, its main webpage is blocked for people outside Japan. In 2010, Minori, MangaGamer, and No Name Losers announced a partnership to make commercial English versions of Minori's visual novels available. On February 28, 2019, Minori announced the cessation of operations.

Wee Cho Yaw, is a Singaporean billionaire businessman, and the chairman of the United Overseas Bank (UOB) and United Industrial Corporation (UIC) in Singapore.

Anime News Network (ANN) is a news website that reports on the status of anime, manga, video games, Japanese popular music and other related cultures within North America, Australia, Southeast Asia and Japan. The website offers reviews and other editorial content, forums where readers can discuss current issues and events, and an encyclopedia that contains many anime and manga with information on Japanese and English staff, theme music, plot summaries, and user ratings. 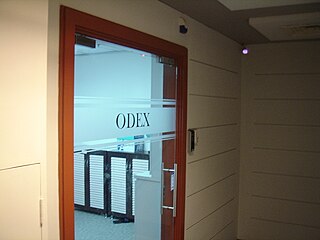 Odex's actions against file sharing were Japan copyright owners' pre-action discovery to Singapore Internet Service Providers (ISPs) to request for subscribers details in Singapore who were traced to illegal download activities of their licensed anime series. Odex is a Singapore-based company that licenses and releases anime for local and regional Southeast Asian consumption. As Japanese copyright owners are located in Japan, Odex, being holder of the Japanese anime license in Singapore, were appointed to submit legal documents and court proceedings on their behalf in Singapore.

Niconico, known before 2012 as Nico Nico Douga, is a Japanese video-sharing service on the web. "Niconico" or "nikoniko" is the Japanese ideophone for smiling. As of 2021, Niconico is the 30th most-visited website in Japan, according to Alexa Internet.

The Motion Picture Association (MPA) is an American trade association representing the five major film studios of the United States, as well as the video streaming service Netflix. Founded in 1922 as the Motion Picture Producers and Distributors of America (MPPDA) and known as the Motion Picture Association of America (MPAA) from 1945 until September 2019, its original goal was to ensure the viability of the American film industry. In addition, the MPA established guidelines for film content which resulted in the creation of the Production Code in 1930. This code, also known as the Hays Code, was replaced by a voluntary film rating system in 1968, which is managed by the Classification and Rating Administration (CARA).

Pink Dot SG is an annual event that started in 2009 in support of the lesbian, gay, bisexual, transgender and queer (LGBTQ) community in Singapore. Attendees of Pink Dot events gather to form a "pink dot" to show support for inclusiveness, diversity and the freedom to love. In addition to the titular formation, Pink Dot events usually feature concert performances and booths sponsored by organizations supporting the LGBT community and cause. 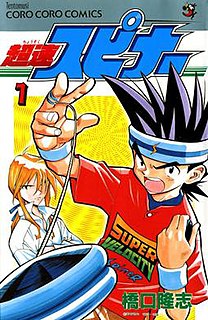 Super Yo-Yo is a Japanese manga series written and illustrated by Takashi Hashiguchi. The series was serialized in Shogakukan's CoroCoro Comic magazine between December 1997 and August 2000, and was translated into English and published in Singapore by Chuang Yi.

File sharing in Singapore relates to the distribution of digital media in that country. In January 2019, there were about 12,971,500 households connected with a broadband connection to the Internet in Singapore. There are also many public Internet access points such as public libraries and Internet cafes.

Kuroko's Basketball The Movie: Last Game is a 2017 Japanese animated film produced by Production I.G and distributed by Shochiku. This is the 1st film in the Kuroko's Basketball franchise, created by Tadatoshi Fujimaki. It was released in Japanese cinemas on March 18, 2017. ODEX later screed the film in Singapore and Malaysia on May 4, 2017, Philippines on May 17, 2017. 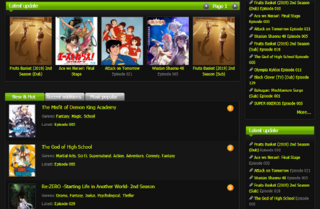 KissAnime was an anime-focused file streaming website that hosted links and embedded videos, allowing users to stream or download movies and TV shows illegally for free. It was a sister site to a related manga viewing website, KissManga. KissAnime was described as "one of the world’s biggest streaming anime websites". TorrentFreak reported that the sites had audiences of millions and that for a time, KissAnime was "the most visited pirate site in the world".