Last updated January 04, 2022
Not to be confused with the Association of American Physicians.

The Association of American Physicians (AAP) is an honorary medical society founded in 1885 by the Canadian physician Sir William Osler and six other distinguished physicians of his era for "the advancement of scientific and practical medicine."

Election to the AAP is an honor extended to individuals with outstanding credentials in biomedical science and/or translational biomedical research and is limited to 60 persons per year. The AAP includes about 1000 active members and 550 emeritus and honorary members. The great majority are US citizens. However, other countries are also represented.

The overarching goals of the AAP include the promotion of professional and social interaction among biomedical scientists, the dissemination of important information related to biomedical science and teaching, the recognition of outstanding scientists through membership, and the establishment of role models to kindle new generations of high achievers in medicine and medical science.

The range of topics studied by members of the AAP is as broad as medicine itself, ranging from fundamental biological questions to translational research (development and testing of new treatments) to public policy issues. The "Transactions of the Association of American Physicians," published until 1995, recorded the presentations of members at the annual meeting. In that year, it was replaced by the bimonthly "Proceedings of the Association of American Physicians" (no longer published).

The AAP honors selected scientists with the George M. Kober Medal (started in 1927; awarded annually since 1929, except for 1944 and 1946) and the George M. Kober Lectureship (awarded every three years since 1925), for outstanding contributions to medicine or medical science.

The AAP holds a joint meeting each year with the American Society for Clinical Investigation (ASCI), another honorary medical society with closely related goals.

The AAP held its first meeting in 1886. Some of the most important advances in biomedical science were first reported at annual AAP meetings. These included the discovery of insulin by Banting and Macleod in 1922, and discovery, by Minot and Murphy in 1926, that pernicious anemia could be treated by feeding patients extracts of raw liver.

Members of the AAP have included Nobel laureates, and members of the United States National Academy of Sciences and the Institute of Medicine. Living members of the AAP who have also been awarded the Nobel Prize in Physiology or Medicine include Barry Marshall, Stanley Prusiner, Michael S. Brown, Joseph L. Goldstein, and others. 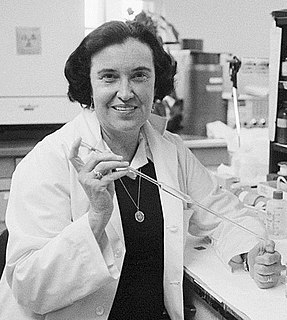 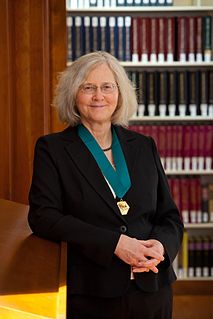 Elizabeth Helen Blackburn, is an Australian-American Nobel laureate who is the former president of the Salk Institute for Biological Studies. Previously she was a biological researcher at the University of California, San Francisco, who studied the telomere, a structure at the end of chromosomes that protects the chromosome. In 1984, Blackburn co-discovered telomerase, the enzyme that replenishes the telomere, with Carol W. Greider. For this work, she was awarded the 2009 Nobel Prize in Physiology or Medicine, sharing it with Greider and Jack W. Szostak, becoming the first Australian woman Nobel laureate. She also worked in medical ethics, and was controversially dismissed from the Bush administration's President's Council on Bioethics. 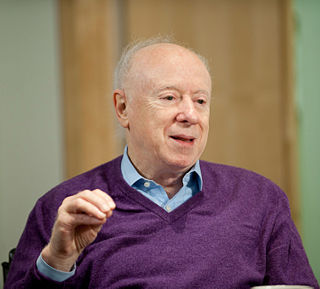 Translational medicine (TM) is defined by the European Society for Translational Medicine (EUSTM) as "an interdisciplinary branch of the biomedical field supported by three main pillars: benchside, bedside, and community". The goal of TM is to combine disciplines, resources, expertise, and techniques within these pillars to promote enhancements in prevention, diagnosis, and therapies. Accordingly, translational medicine is a highly interdisciplinary field, the primary goal of which is to coalesce assets of various natures within the individual pillars in order to improve the global healthcare system significantly.

The American Association for Cancer Research (AACR) is the world's oldest and largest professional association related to cancer research. Based in Philadelphia, the AACR focuses on all aspects of cancer research, including basic, clinical, and translational research into the etiology, prevention, diagnosis, and treatment of cancer. Founded in 1907 by 11 physicians and scientists, the organization now has more than 42,000 members in over 120 countries. The mission of the AACR is to prevent and cure cancer through research, education, communication, collaboration, science policy and advocacy, and funding for cancer research. 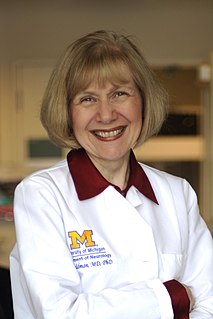 Robert Joseph Lefkowitz is an American physician and biochemist. He is best known for his groundbreaking discoveries that reveal the inner workings of an important family G protein-coupled receptors, for which he was awarded the 2012 Nobel Prize for Chemistry with Brian Kobilka. He is currently an Investigator with the Howard Hughes Medical Institute as well as a James B. Duke Professor of Medicine and Professor of Biochemistry and Chemistry at Duke University.

Cato T. Laurencin, M.D., Ph.D., is an American engineer, physician, scientist, innovator and a University Professor of the University of Connecticut.

Professor Murray David Esler, AM is a clinical cardiologist and medical scientist, based at the Baker Heart and Diabetes Institute and the Alfred Hospital in Melbourne, where he is the Associate Director of the Heart Centre. He is a Professor of Medicine at Melbourne's Monash University. As Associate Director of the Baker, Professor Esler leads the Institute’s research into the relationship between the brain and heart health. He studied medicine at the University of Melbourne and received a PhD from the Australian National University. His chief research interests are the causes and treatment of high blood pressure and heart failure, the effects of stress on the cardiovascular system, and monoamine transmitters of the human brain.

The American Medical Informatics Association (AMIA), is an American non-profit organization dedicated to the development and application of biomedical and health informatics in the support of patient care, teaching, research, and health care administration. 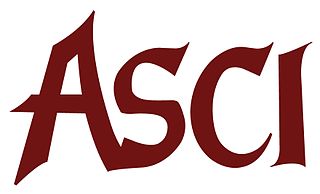 The American Society for Clinical Investigation (ASCI), established in 1908, is one of the oldest and most respected medical honor societies in the United States.

The American Society of Tropical Medicine and Hygiene (ASTMH) is an Arlington, Virginia-based non-profit organization of scientists, clinicians, students and program professionals whose longstanding mission is to promote global health through the prevention and control of infectious and other diseases that disproportionately afflict the global poor. ASTMH members work in areas of research, health care and education that encompass laboratory science, international field studies, clinical care and country-wide programs of disease control. The current organization was formed in 1951 with the amalgamation of the American Society of Tropical Medicine, founded in 1903, and the National Malaria Society, founded in 1941.

The Association of Academic Physiatrists (AAP) is an organization of faculty, researchers, and others interested in supporting the advancement of physical medicine and rehabilitation (PM&R) academics. The Association currently has over 2,100 members. The AAP has an official journal, American Journal of Physical Medicine & Rehabilitation, holds an Annual Meeting, and leads various programs and activities to support and enhance academic physiatry.

The American Society for Investigative Pathology (ASIP) is a society of biomedical scientists who investigate mechanisms of disease. ASIP membership includes scientists in the academic, government, hospital, and pharmaceutical arenas that focus their research on the pathogenesis, classification, diagnosis and manifestations of disease. Research findings are ultimately used in the understanding, diagnosis and treatment of human diseases. The word pathology is derived from the Greek word "pathos" meaning "disease."

A physician-scientist is traditionally a holder of a medical degree and a doctor of philosophy also known as an MD-PhD. Compared to other clinicians, physician-scientists invest significant time and professional effort in scientific research and spend correspondingly less time in direct clinical practice with ratios of research to clinical time ranging from 50/50 to 80/20. Physician-scientists are often employed by academic or research institutions where they drive innovation across a wide range of medical specialties and may also use their extensive training to focus their clinical practices on specialized patient populations, such as those with rare genetic diseases or cancers. Although they are a minority of both practicing physicians and active research scientists, physician-scientists are often cited as playing a critical roles in translational medicine and clinical research by adapting biomedical research findings to health care applications. Overtime the term physician scientist has expanded to holders of other clinical degrees—such as nurses, dentists, and veterinarians— who are also included by the United States National Institutes of Health in its studies of the physician-scientist workforce (PSW). 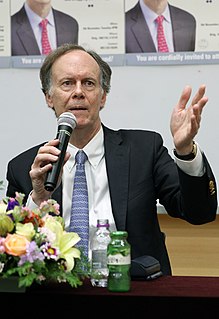 William G. Kaelin Jr. is an American Nobel Laureate physician-scientist. He is a professor of medicine at Harvard University and the Dana-Farber Cancer Institute. His laboratory studies tumor suppressor proteins. In 2016, Kaelin received the Albert Lasker Award for Basic Medical Research and the AACR Princess Takamatsu Award. He also won the Nobel Prize in Physiology or Medicine in 2019 along with Peter J. Ratcliffe and Gregg L. Semenza.

Curtis. C. Harris is the head of the Molecular Genetics and Carcinogenesis Section and chief of the Laboratory of Human Carcinogenesis at the Center for Cancer Research of the National Cancer Institute, NIH.