The Barbados women's national rugby union team are a national sporting side of Barbados, representing them at rugby union. The side first played in 2009.

The following outline is provided as an overview of and introduction to Barbados: 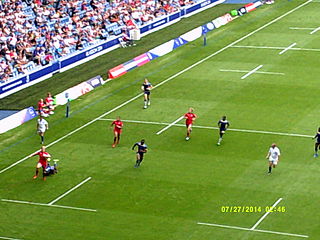 The Barbados national rugby sevens team is a minor national sevens side. They competed at the Commonwealth Sevens in 2014. Barbados also participated in the World Series core team qualifiers at the 2014 Hong Kong Sevens.