Bass Ackwards is a film written, starring and directed by Linas Phillips and also starring Davie-Blue, Jim Fletcher and Paul Lazar. The film has a running time of 103 minutes. [1]

The film stars Phillips as a man who embarks on a lyrical, strange and comedic cross-country journey in a modified VW bus after ending a disastrous affair with a married woman. [2]

Bass Ackwards was named an official selection in the 2010 Sundance Film Festival for inclusion in NEXT, a new category that recognized films for their innovative and original work in low-and-no-budget filmmaking, and is part of a wave of films that showcases the diversity of independent cinema.[ citation needed ]

The Sundance Film Festival, a program of the Sundance Institute, takes place annually in Park City, Utah, the largest independent film festival in the United States with more than 46,660 attending in 2016. It is held in January in Park City and Salt Lake City, Utah, as well as at the Sundance Resort. It is a showcase for new work from American and international independent filmmakers. The festival consists of competitive sections for American and international dramatic and documentary films, both feature films and short films, and a group of out-of-competition sections, including NEXT, New Frontier, Spotlight, Midnight, Premieres, and Documentary Premieres. The 2019 Sundance Film Festival began January 24 and ran through February 3.

Safety Not Guaranteed is a 2012 American science-fiction romantic comedy film directed by Colin Trevorrow. It was screened at the 2012 Sundance Film Festival, where it won the Waldo Salt Screenwriting Award. 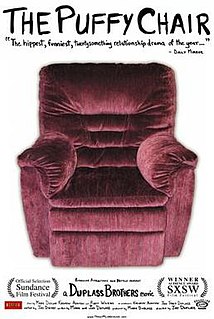 The Puffy Chair is a 2005 road movie mumblecore film written and directed by Mark Duplass and Jay Duplass. It stars Mark Duplass, Katie Aselton and Rhett Wilkins. The film had its world premiere at the Sundance Film Festival in January 2005, and went onto screen at South by Southwest in March 2005, winning the Audience Award. The film was released on June 2, 2006, by Netflix and Roadside Attractions. 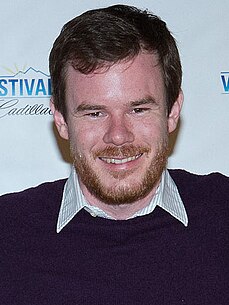 Joe Swanberg is an American independent film director, producer, writer, and actor. Known for micro-budget films which make extensive use of improvisation, Swanberg is considered a major figure in the mumblecore film movement. His films often focus on relationships, sex, technology, and the filmmaking process. 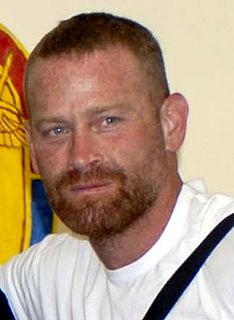 Maximilian Carlo "Max" Martini is an American film, theater and television actor known for his roles as Corporal Fred Henderson in Saving Private Ryan, Wiley in Level 9, First Sergeant Sid Wojo in The Great Raid, and as Master Sergeant Mack Gerhardt on the military television drama, The Unit. He also starred in the film 13 Hours: The Secret Soldiers of Benghazi.

Humpday is a 2009 American comedy-drama film directed, produced, and written by Lynn Shelton and starring Mark Duplass, Joshua Leonard, and Alycia Delmore. It premiered at the 2009 Sundance Film Festival. International distribution rights have been purchased by Magnolia Pictures for a mid-six figure sum. The film opened in New York City on a limited released on July 10, 2009. Much of the dialogue for the film was improvised.

Andrew Lazar is an American film producer and graduate of the New York University Tisch School of the Arts. He is associated with Mad Chance Productions, a production company he formed in 1997 that is affiliated with Warner Bros., but also has projects involved with other studios. Lazar is of Jewish descent. 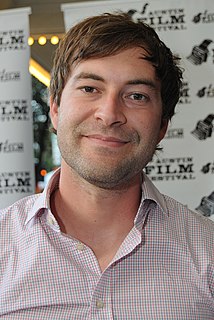 Mark David Duplass is an American film director and producer, actor, musician, screenwriter, and author. He was a co-star of the FX television series The League. He is the brother of filmmaker Jay Duplass, and together the brothers started the film production company Duplass Brothers Productions, and have directed films such as The Puffy Chair (2005), Jeff, Who Lives at Home (2011), and The Do-Deca-Pentathlon (2012). Mark and Jay co-created the HBO television series Togetherness in 2015. Mark co-wrote, produced and starred in the 2014 horror film Creep alongside Patrick Brice.

Nathaniel Faxon is an American actor, voice actor, comedian, and screenwriter. A frequent presence on comedic films and TV series, he won the Academy Award for Best Adapted Screenplay for co-writing The Descendants (2011) and starred in the Fox comedy series Ben and Kate (2012–2013), the FX comedy series Married (2014–2015) and voices Elfo in the Netflix adult animated television series Disenchantment (2018). He also co-wrote and co-directed The Way, Way Back (2013) with writing partner Jim Rash.

Kathryn "Katie" Aselton is an American actress, film director and producer. She directed and co-starred in The Freebie, which was shown in the non-competition "Next" category at the Sundance Film Festival in 2010. She also starred as Jenny MacArthur in the FX sitcom The League. Since 2017, Aselton stars in FX's Marvel Comics X-Men drama Legion.

James Adam Ponsoldt is an American film director, actor and screenwriter, now based in Los Angeles. He directed the drama films Off the Black (2006) and Smashed (2012), the romantic comedy-drama The Spectacular Now (2013), and the dramas The End of the Tour (2015) and The Circle (2017).

Alan Jacobs is an American independent film director, screenwriter and producer. His films have been acquired by major distributors, including Miramax and Columbia Pictures and have been invited to several major festivals, including Sundance and Toronto. His career began at Apple Inc., where he was the in-house filmmaker. Jacobs is a graduate of Wesleyan University and the Stanford Business School.

Amy Virginia Talkington is an American filmmaker, screenwriter, and author. 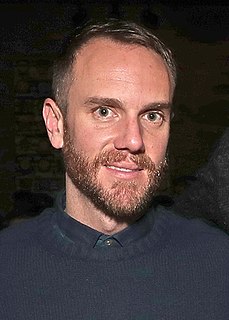 Charlie McDowell is an American film director and writer. He is most known for his film The One I Love. 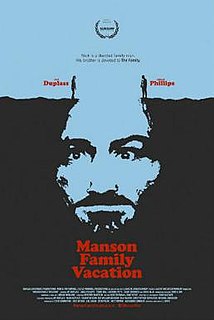 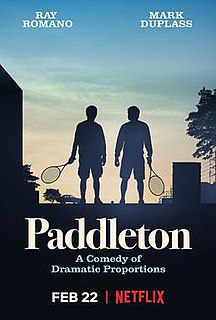 Paddleton is a 2019 American comedy-drama film, directed by Alex Lehmann, from a script by Lehmann and Mark Duplass. It stars Duplass and Ray Romano.