Bonjour Timothy is a coming of age story of a young French-Canadian girl who goes on exchange to Auckland. The story follows Timothy, played by Dean O'Gorman, a young New Zealand boy who develops a crush on Michelle, played by Sabine Karsenti, the young French-Canadian girl from Montreal who is living with his family on her exchange. The story follows Timothy, a social underdog in his school, as he goes through a period of self-discovery, and tries to gain the attention of his crush, Michelle. This story depicts the trials and tribulations associated with being in high school, and the awkward stages that accompany being a young adult.

The New Zealand Film Commission describes Bonjour Timothy as, "In Bonjour Timothy (1995) the underdog wins the affection of the girl against all odds, in a film about coming-of-age anxieties over sex and love" (Aveyard, Moran & Veith 2018). [1] [2]

The film was shot largely at and around Avondale College in Auckland, New Zealand. [3]

Harry Alan Sinclair is a New Zealand film director, writer and actor. In his early career he was an actor and member of The Front Lawn, a musical theater duo. He went on to write and direct several short films, a TV series and three feature films. He is best known for his role as Isildur in the first scenes of Peter Jackson's The Lord of the Rings: The Fellowship of the Ring. 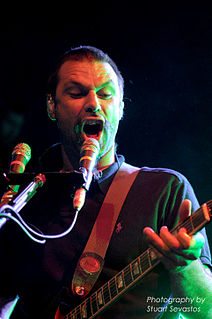 Cog are an Australian progressive rock band that formed in 1998. Their debut album, The New Normal, was nominated for Triple J's 2005 J Award. The band's music is influenced by Tool, Isis, Nina Simone, Bob Marley, Leftfield, Deftones and Helmet.

Douglas James Wright was a New Zealand dancer and choreographer in the New Zealand arts establishment from 1980 until his death in 2018. Although he announced his retirement from dance in 2008, on the occasion of the publication of his first book of poetry, Laughing Mirror he subsequently continued to make dance works, including touring The Kiss Inside during April 2015.

Toa Fraser is a New Zealand born playwright and film director, of Fijian heritage. His first feature film, No. 2, starring Ruby Dee won the Audience Award at the 2006 Sundance Film Festival. His second, Dean Spanley, starring Sam Neill, Jeremy Northam and Peter O'Toole, premiered in September 2008. His third film Giselle was selected to be screened in the Contemporary World Cinema section at the 2013 Toronto International Film Festival. His fourth, The Dead Lands, a Maori action-adventure film, was released in 2014.

The La De Da's were a New Zealand rock band of the 1960s and early 1970s. Formed in New Zealand in 1963 as the Mergers, they had considerable success in both New Zealand and Australia until their split in 1975.

Snakeskin is a New Zealand film directed by Gillian Ashurst and Produced by Vanessa Sheldrick from Cowgirl Productions. The story focuses on Alice and her best friend Johnny, who embark on a road trip across New Zealand. Along the way they pick up a hitch-hiker named Seth, who is on the run from a gang of skinheads and a group of drug dealers. The film's New Zealand cinema release began on 11 October 2001. The film has never officially been released in the US or the UK, but it has been shown in the U.K. on the 'Movies for men' TV channel several times.

Ken Catran is a children's novelist and television screenwriter from New Zealand. 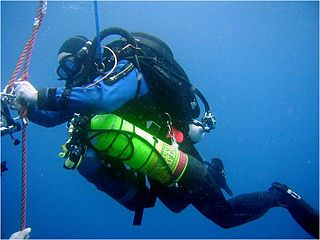 Simon Mitchell is a New Zealand physician specialising in occupational medicine, hyperbaric medicine and anesthesiology. Trained in medicine, Mitchell was awarded a PhD for his work on neuroprotection from embolic brain injury. Mitchell has also published more than 45 research and review papers in the medical literature. Mitchell is an author and avid technical diver. He also wrote two chapters of the latest edition of Bennett and Elliott's Physiology and Medicine of Diving, is the co-author of the diving textbook Deeper Into Diving with John Lippmann and co-authored the chapter on Diving and Hyperbaric Medicine in Harrison's Principles of Internal Medicine with Michael Bennett.

Dean Lance O'Gorman is an actor, artist, and photographer from New Zealand. He played the dwarf Fíli in the Hobbit trilogy and the Norse God Bragi/Anders Johnson in the fantasy series The Almighty Johnsons.

Russian Snark is a 2010 New Zealand film directed and written by Stephen Sinclair and produced by Liz DiFiore. The film features Stephen Papps, Elena Stejko, Stephanie Tauevihi and Te Waimarie Kessell. It is the story of Misha, a Russian filmmaker, and his struggles to make a movie in Godzone. It is the directorial debut of New Zealand writer Stephen Sinclair.

Simon Prast is a director and actor from Auckland, New Zealand. Prast was the founder of the Auckland Theatre Company and director of the first Auckland Festival AK03.

Sabine Karsenti is a French Canadian actress. Karsenti has played in both film and television, in French and in English from Montreal to Los Angeles.

Miz Ima Starr is a New Zealand/American singing drag cabaret performer of stage and small screen. She is the comic creation of Charles Bracewell, best known for her appearances on reality TV show Australia's Got Talent. Bracewell produced and/or directed six films and one documentary television series, most notably the short film Siren starring Craig Hall (actor) and Dean O'Gorman. The film screened at forty film festivals worldwide and was described by ImageOut as being "A beautifully shot piece on the process of grief, this film deftly explores the conflicted emotions of a young soldier whose mysterious encounter with a siren allows him to come to terms with the loss of his best friend in battle". He co-hosted In The Pink, the first GLBTIQ show on an FM station in New Zealand, with Rick Huntington on Auckland's 95bFM Radio from 1991 to 1998.

Pork Pie is a 2017 comedy road movie written and directed by New Zealander Matt Murphy and produced by Tom Hern. The film is a remake of the 1981 movie Goodbye Pork Pie, the first New Zealand film to win a substantial local audience. The remake stars Dean O'Gorman, James Rolleston and Ashleigh Cummings as a trio of accidental outlaws who travel the length of New Zealand in a stolen orange New Mini. The film was scored by Jonathan Crayford.