Break of Day is a 1976 Australian film set immediately after World War I.

Beginning on the shores of Gallipoli, at break of day during the invasion of the peninsula by Australian forces in the first world war this film then shifts to the quiet country town of Tetlow in 1920.

Where a restless young war veteran Tom Cooper (Andrew McFarlane) is distracted from rabbiting, his very pregnant wife and his memories when he meets Alice Hughes (Sara Kestelman), an artist with Bohemian ways.

When Alice's sophisticated wine-drinking city friends turn up and condescendingly observe a rural cricket match, Tom begins to understand that Alice sees the world differently, and he returns to his country lifestyle, sadder but perhaps also a little wiser, or at least more aware of himself and the larger world. [3]

The script was an original by Cliff Green who had adapted Picnic at Hanging Rock for Pat Lovell. Green gave her a copy of the script on the last day of Picnics shoot and she was immediately interested. Lovell:

While it isn't a 'women's film', it is the sort of film – like 'Picnic' – that women would like to go to with their husbands. We've had a lot of pornography and a lot of violence, and I think people are ready for a love story. This is a very real one. and even though it's set in 1920, it could happen at any time. It's a story with a tremendous amount of charm. Essentially what it says is that people can love more than one person, but be out of communication with one of them. I think a lot of people will identify with it. [4]

Budget: A little more than A$500,000, with investments from GUO Film Distributors, the federal government investment body the Australian Film Commission, and $61,000/$65,000 from the Victorian government (producer Pat Lovell quoted in two different newspaper reports - it was the first investment in a feature film by the Victorian government, which set up the Victorian Film Corporation to handle the investment, but too late to get the VFC a head credit on the film). A Cinema Papers production survey, June–July 1976 listed the budget as $617,000, but in the next Sept-Oct 1976 edition, apologised to the producers of the film for typographical errors, and reported the budget as $507,000 [3] Australian distributor: Greater Union Distributors

Shooting began in April 1976 in and near the old gold-mining town of Maldon in central Victoria, in which the main part of the shoot five weeks. [1] [3] The isolated stone Cottage, which serves as the bush hideaway for the main female character and artist, "Alice", is a few kilometres out of town. [5] However what was not known at the time was that this Cottage once called "Crofthill" belonged to a well known family in the area, The 'Waterson's'. In this case Ernest Edward Waterson and his wife Sarah Margaret (Nee Bishop). Ernest was a carpenter and farmer but he also served in the Boer War in the 2nd Mount Rifles and travelled widely with and without the family. Unfortunately Ernest and Sarah both died within a year of each other at Crofthill, from tuberculosis, leaving family to raise their children and letting Crofthill run into disrepair and then ruin. [6]

The Gallipoli flashback scenes were shot at Portsea in Victoria. [7]

The film is dated by the Oxford and other databases as 1976, no doubt because the film was given its premiere release on the last day of the year, but the copyright notice at the end of the film nominates 1977 as the year of production. Occasionally producers will add a year when preparing final credits, especially if on the cusp between two years - better fifty years of copyright from 1977 than from 1976. As this site uses the film's copyright notice as the key indicator of production date, this film is dated to 1977. [9]

The film received some good reviews and was popular in Melbourne but performed poorly in Sydney and failed to recoup its budget. [7]

Cliff Green later published a novelisation of the script. [10]

Break of Day was released on DVD by Umbrella Entertainment in January 2010. The DVD includes the theatrical trailer as a special feature. [11] 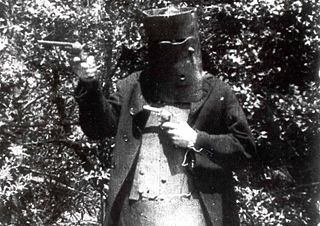 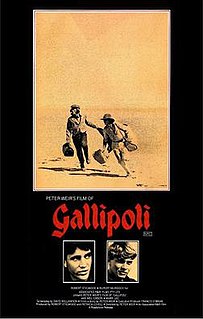 Gallipoli is a 1981 Australian war drama film directed by Peter Weir and produced by Patricia Lovell and Robert Stigwood, starring Mel Gibson and Mark Lee. The film revolves around several young men from Western Australia who enlist in the Australian Army during the First World War. They are sent to the peninsula of Gallipoli in the Ottoman Empire, where they take part in the Gallipoli Campaign. During the course of the movie, the young men slowly lose their innocence about the purpose of war. The climax of the movie occurs on the Anzac battlefield at Gallipoli, depicting the futile attack at the Battle of the Nek on 7 August 1915. It modifies events for dramatic purposes and contains a number of significant historical inaccuracies.

Patricia Anna Lovell, was an Australian film producer and actress, whose work within that country's film industry led her to receive the Raymond Longford Award in 2004 from the Australian Film Institute (AFI). Her productions include 1975's Picnic at Hanging Rock, and Gallipoli, which received an AFI Award in 1982 as Best Film.

Sara Kestelman is an English actress. She is known for her role as Lady Frances Brandon, Lady Jane Grey's mother, in the 1986 film Lady Jane, as well as for providing the voice of Kreia in Star Wars Knights of the Old Republic II: The Sith Lords.

The Shiralee is a 1957 British film in the Australian Western genre. It was made by Ealing Studios, starring Peter Finch, directed by Leslie Norman and based on the novel by D'Arcy Niland. Although all exterior scenes were filmed in Sydney, Scone and Binnaway, New South Wales and Australian actors Charles Tingwell, Bill Kerr and Ed Devereaux played in supporting roles, the film is really a British film made in Australia, rather than an Australian film.

Storm Boy is a 1976 Australian drama film based on the book of the same name by Colin Thiele, about a lonely boy and his pet pelicans living in a coastal wilderness with his reclusive father. It was the third feature film made by the South Australian Film Corporation, and is a highlight of the New Wave of Australian Cinema from the 1970s. The film was financed by SAFC, Seven Network and the Australian Film Commission.

Picnic at Hanging Rock is a 1975 Australian mystery film that was produced by Hal and Jim McElroy, directed by Peter Weir, and starring Rachel Roberts, Dominic Guard, Helen Morse, Vivean Gray and Jacki Weaver. It was adapted by Cliff Green from the 1967 novel of the same name by Joan Lindsay, who was deliberately ambiguous about whether the events had really taken place; however, the story is entirely fictitious.

Mad Dog Morgan is a 1976 Australian bushranger film/Australian Westerns directed by Philippe Mora and starring Dennis Hopper, Jack Thompson and David Gulpilil. It is based upon the life of Dan Morgan.

Country Town is a 1971 Australian drama film directed by Peter Maxwell, produced by Fenton Rosewarne and starring Terry McDermott, Gary Gray and Lynette Curran. It was a film version of the Australian television series Bellbird, written by Barbara Vernon.

Heritage is a 1935 Australian historical film directed by Charles Chauvel. 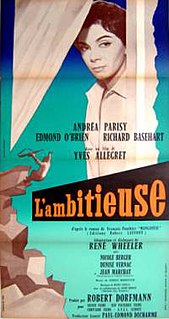 The Restless and the Damned is a 1959 French-Australian film co produced by Lee Robinson. It was shot on location in Tahiti and the Tuamotu Islands. There are French and English-language versions.

The Office Picnic is a 1972 Australian comedy film directed by Tom Cowan. It was entered into the 8th Moscow International Film Festival.

Boundaries of the Heart is a 1988 film starring Wendy Hughes.