The British Journal of Photography (BJP) is a magazine about photography, publishing in-depth articles, profiles of photographers, analyses, and technological reviews. [1]

In 2013, Incisive Media sold the British Journal of Photography to its publishing director, who formed Apptitude Media. [6] In 2017 Apptitude Media was rebranded as 1854 Media. [7]

The following persons have been editor-in-chief of the magazine:

An award for students and recent graduates. [9]

Portrait of Britain is an annual British portrait photography competition run by the British Journal of Photography. [10] [11] [12] [13] Its subject is the diversity of British people. The 100 winning portraits are displayed on JCDecaux's digital screens across Britain throughout September. It launched in 2016. 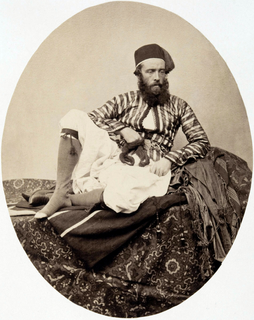 Henry Maull (1829–1914) was a British photographer who specialised in portraits of noted individuals. 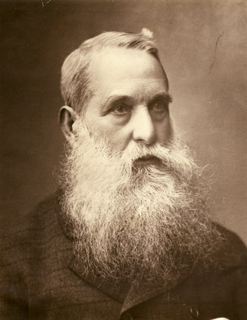 Linnaeus Tripe was a British photographer, best known for his photographs of India and Burma taken in the 1850s. 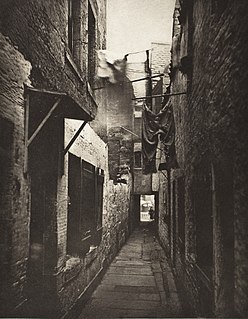 Thomas Annan (1829–1887) was a Scottish photographer, notable for being the first to record the bad housing conditions of the poor. Born in Dairsie, Fife he was one of seven children of John Annan, a flax spinner.

John Plumbe Jr. was a Welsh-born American entrepreneurial photographer, gallerist, publisher, and an early advocate of an American transcontinental railroad in the mid-19th century. He established a franchise of photography studios in the 1840s in the U.S., with additional branches in Paris and Liverpool. He created a lithographic process for reproducing photographic images, called the "plumbeotype." 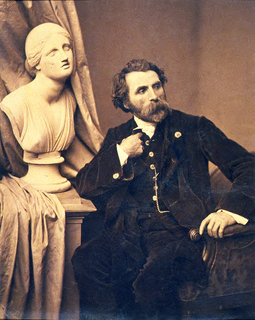 Antoine Samuel Adam-Salomon was a French sculptor and photographer.

Peter Dench is a photojournalist working primarily in advertising, editorial and portraiture photography. His work has been published in a number of his own books, exhibited and won awards.

Captain Jesse Mitchell was a British army officer who served as Superintendent of the Government Museum, Madras, succeeding Edward Balfour, from 15 May 1859 to 7 August 1872. He was one of the pioneers of photomicrography in India. Some of his early photographs include those of Phthiraptera from a goose and the proboscis of a blow-fly. He was a captain and an adjutant in the 1st Native veteran Battalion of the Indian Army. He exhibited his first photographs of old temples in 1857 at a meeting of the Photographic Society of Bengal, which also earned praise in the Madras Journal of Literature and Science. In 1858 he showed some negatives at a meeting of the Photographic Society of Madras. He wrote on the photographic techniques that he experimented with and suggested modifications to those followed by Captain Linnaeus Tripe and Dr. A.C. Brisbane Neill. He also published notes from the museum such as one on the Indian climbing perch and its habit.

Laura Pannack is a British social documentary and portrait photographer, based in London. Pannack's work is often of children and teenagers.

The Journal of the Photographic Society, later the Royal Photographic Society, was first published on 3 March 1853 and it has been published continuously ever since. The magazine's title was changed with volume 5 (1859) when it was renamed The Photographic Journal and this was recently updated to the RPS Journal. The publication is the oldest photographic periodical in the world. For much of the magazine's history it had an influence that went far beyond the society and a print run considerably in excess of the society's membership. The magazine has had its circulation ABC audited since 2010. From June 2014 Think Publishing took on responsibility for publishing the journal on the society's behalf. 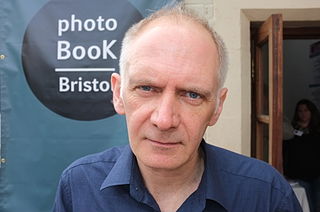 Ken Grant is a photographer who since the 1980s has concentrated on working class life in the Liverpool area. He is a lecturer in the MFA photography course at the University of Ulster.

Colin Pantall is a writer, photographer and lecturer based in Bath, England. His photography is about childhood and the mythologies of family identity.

Clare Strand is a British conceptual photographer based in Brighton and Hove, England.

Siân Davey is a British photographer. Her work focuses on her family, community and self, and is informed by her background in psychology.

The Photogram (1894–1920) was a photography magazine published in the United Kingdom with an edition printed in America.