The Canadian Motorcycle Association (CMA; French : Association Canadienne des Motocycles, ACM) was founded in 1946. In 1950, it became affiliated with the World Governing Body of the Federation Internationale de Motocyclisme.

Federally incorporated in 1957, it serves as a national voice for Canadian motorcycle riders and enthusiasts. The CMA is headquartered in Hamilton, Ontario, Canada.

An accountant is a practitioner of accounting or accountancy. Accountants who have demonstrated competency through their professional associations' certification exams are certified to use titles such as Chartered Accountant, Chartered Certified Accountant or Certified Public Accountant. Such professionals are granted certain responsibilities by statute, such as the ability to certify an organization's financial statements, and may be held liable for professional misconduct. Non-qualified accountants may be employed by a qualified accountant, or may work independently without statutory privileges and obligations.

CMA may stand for: 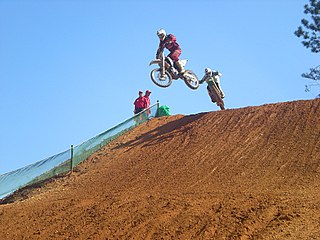 The Canadian Medical Association (CMA) is a national, voluntary association of physicians and medical learners that advocates on national health matters. Its new strategic plan identifies its primary mandate: driving positive change in health care by advocating on key health issues facing doctors and their patients.

The Christian Motorcyclists Association (CMA) is an international Christian, interdenominational, non-profit organization established in 1975. Its purpose is evangelizing to the motorcycling community.

The Canadian Museums Association (CMA) is a national non-profit organization for the promotion of museums in Canada. It represents Canadian museum professionals both within Canada and internationally. As with most trade associations, it aims to improve the recognition, growth and stability of its constituency. Its staff supports their nearly 2,000 members with conferences, publications, and networking opportunities.

Calculated Match Averages is a handicap calculated for every motorcycle speedway rider.

Lawrence (Larry) Bastedo is a Canadian motorcycle racer who was inducted into the Canadian Motorsport Hall of Fame in 2004. 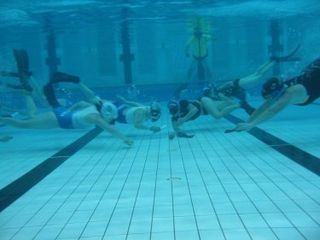 Underwater hockey has been played in Australia since 1966 and is played in most states and territories. As of September 2013, Australia has been very successful at the international level finishing in the top three 43 times including being the world champion in various divisions 23 times out of 53 appearances at 17 international events.