Catch Me a Spy

In 1971 it was turned into a film To Catch a Spy starring Kirk Douglas, Marlène Jobert and Trevor Howard. [1]

Scotland Yard is a 1941 American crime drama film starring Nancy Kelly and Edmund Gwenn about a fugitive whose visage has been altered with plastic surgery. The movie was directed by Norman Foster. It is also known as Uncensored. It is a remake of the 1930 film of the same title, which was in turn based on a 1929 play Scotland Yard by Denison Clift.

The Venetian Affair is a 1967 spy film directed by Jerry Thorpe and starring Robert Vaughn and Elke Sommer. It is based on a novel of the same name by Helen MacInnes.

Red Dragon is a 1965 West German-Italian spy film directed by Ernst Hofbauer and starring Stewart Granger, Rosanna Schiaffino, and Margit Saad. It was released in Germany as Das Geheimnis der drei Dschunken and A 009 missione Hong Kong in Italy. It was released in the United States as a double feature with Lightning Bolt by Woolner Brothers in 1967 under the title Code Name Alpha. 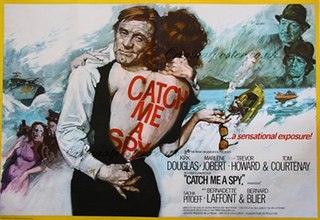 To Catch a Spy is a 1971 comedy spy film directed by Dick Clement and starring Kirk Douglas, Marlène Jobert, Trevor Howard, Richard Pearson, Garfield Morgan, Angharad Rees and Robert Raglan. It was written by Clement and Ian La Frenais. The story is based on the 1969 novel Catch Me a Spy by George Marton and Tibor Méray.

The Freedom of the Seas is a 1918 British comedy play by Walter C. Hackett. A downtrodden London clerk joins the Royal Navy during the First World War. Given command of a tramp steamer he rises to the occasion and thwarts the plans of a German spy. It appeared at the Royalty Theatre before transferring to the Theatre Royal, Haymarket where the cast included Dennis Eadie, Billie Carleton, Tom Reynolds, Marion Lorne, Randle Ayrton, Sydney Valentine and James Carew.

The Shanghai Story is a 1954 film noir crime film directed by Frank Lloyd and starring Ruth Roman and Edmond O'Brien. It was based on a novel by Lester Yard.

The Romance of Old Bill is a 1918 British silent comedy war directed by George Pearson and starring Charles Rock, Arthur Cleave and Hugh E. Wright. It was made at Twickenham Studios. It is based on the play The Better 'Ole, with the setting updated to the First World War.

The Man Who Stayed at Home is a 1915 British silent thriller film directed by Cecil M. Hepworth and starring Dennis Eadie, Violet Hopson and Alma Taylor. It is based on the play by Lechmere Worrall and J. E. Harold Terry. 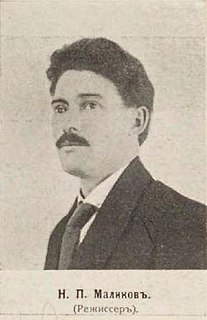 Nikolai Malikoff was a Russian-Ukrainian film director and actor who worked mainly as a film director in Russia, and later as an actor in Germany. 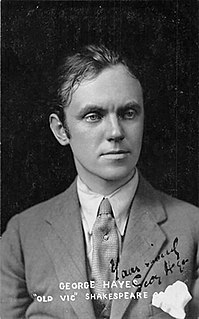 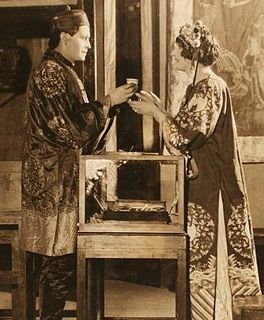 Ian Maclaren was an English stage and film actor. He acted in more than thirty films in Hollywood including the 1930 war film Journey's End. Towards the end of his film career he was generally cast in small, uncredited parts. 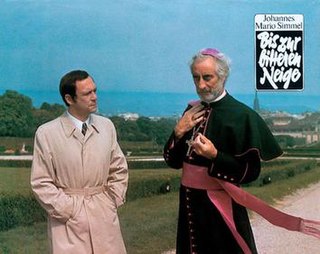 To the Bitter End is a 1975 West German-Austrian drama film directed by Gerd Oswald and starring Maurice Ronet, Suzy Kendall and Susanne Uhlen.

Shadows of Suspicion is a 1919 American silent thriller film directed by Edwin Carewe and starring Harold Lockwood, Naomi Childers, and Helen Lindroth. It is based on the 1915 novel The Yellow Dove by George Gibbs, which was later remade as the 1926 film The Great Deception. Lockwood died in the 1918 flu pandemic while filming was ongoing, and a body double was required to complete the film. 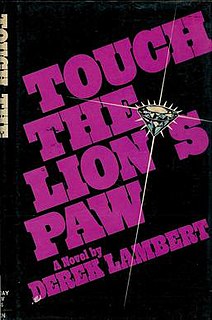 Touch the Lion's Paw is a 1975 thriller novel by the British writer Derek Lambert. The plot revolves around a major diamond heist carried out in Amsterdam.

Rockets Galore is a 1957 comedy novel by the British writer Compton Mackenzie. It is the sequel to his 1947 novel Whisky Galore, and sees the inhabitants of a remote Scottish island resist a government plan to build a missile base on their home.

The Limbo Line is a 1963 spy thriller novel by the British writer Victor Canning. A former British secret service agent Richard Manston is called out of retirement to tackle a Soviet spy network kidnapping recent defectors to be taken back to Moscow.

The Salzburg Connection is a 1968 spy novel by the British writer Helen MacInnes. A British intelligence agent attempts to retrieve a box hidden in Austria containing the names of a list of Nazi collaborators left over from the war. Before long several other agencies are also after the prize.