The Complete Index to World Film (citwf or citwf.com) is an online database of information related to movies. Citwf, compiled online by Alan Goble and Valan Publishing since 2004, had a Guinness Record as the world's largest published film-related database, with over 756,000 title entries. [1]

The Complete Index to World Film since 1895 contains information on over 518,639 films produced in over 175 countries of the world between 1888 and 2019 and is accessible by all. A subscription version is available to libraries and institutions and this version contains no advertising and the additional benefit of over 580,284 references to books and journals.

ChessBase GmbH is a German company that makes and sells chess software, maintains a chess news site, and operates an internet chess server for online chess. Founded in 1986, it maintains and sells massive databases, containing the moves of recorded chess games. Databases organise data from prior games; engines provide analyses of games while endgame tablebases offer perfect play in some endgames. 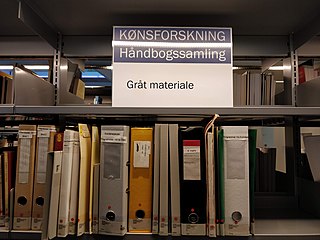 The Grand Comics Database (GCD) is an Internet-based project to build a database of comic book information through user contributions. The GCD project is cataloging information on creator credits, story details, reprints, and other information useful to the comic book reader, comic collector, fan, and scholar. The GCD is a 501(c)(3) nonprofit organization incorporated in Arkansas.

Index Medicus (IM) is a curated subset of MEDLINE, which is a bibliographic database of life science and biomedical science information, principally scientific journal articles. From 1879 to 2004, Index Medicus was a comprehensive bibliographic index of such articles in the form of a print index or its onscreen equivalent. Medical history experts have said of Index Medicus that it is “America's greatest contribution to medical knowledge.”

The Journal of Social Psychology is a bimonthly academic journal covering social psychology published by Routledge, who acquired it from Heldref Publications in 2009. The journal was established in 1929 by John Dewey and Carl Murchison. It covers all areas of basic and applied social psychology. The journal was subtitled Political, Racial and Differential Psychology until changing its name in 1949. The Journal incorporated with Genetic, Social, and General Psychology Monographs between 1925 - 2006

The British Universities Film & Video Council (BUFVC) is a representative body promoting the production, study and use of moving image, sound and related media for learning and research. It is a company limited by guarantee, with charity status, serving schools, colleges and post compulsory education interests in the UK.

Microsoft Encarta was a digital multimedia encyclopedia published by Microsoft Corporation from 1993 to 2009. Originally sold on CD-ROM or DVD, it was also available on the World Wide Web via an annual subscription, although later articles could also be viewed for free online with advertisements. By 2008, the complete English version, Encarta Premium, consisted of more than 62,000 articles, numerous photos and illustrations, music clips, videos, interactive content, timelines, maps, atlases and homework tools.

William H. Comstock, known by his stage name Billy House, was an American vaudevillian, Broadway performer and feature film actor. After devoting most of his career to live performance, he moved to Hollywood where he became a supporting actor during the 1940s and 1950s. According to admirer Orson Welles, the name "Billy House" was likely an invention for use in burlesque theatres. 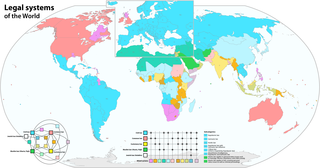 The law of Sweden is a civil law system, whose essence is manifested in its dependence on statutory law. Sweden's civil law tradition, as in the rest of Europe, is founded on classical Roman law, but on the German model. But, over time Sweden along with the other Scandinavian countries have deviated significantly from the classical Roman and German model. Instead, the Scandinavian countries together with Finland, the Faroe Islands, Greenland, the Åland Islands (self-governing) and Iceland may be said to have a special "Nordic" version of jurisprudence that is neither a truly civil law system nor a part of the British derived common law legal system.

Adultery Tree is a 1985 South Korean film directed by Jung Jin-woo. It was awarded Best Film at the Grand Bell Awards ceremony. 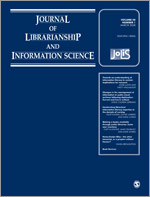 Journal of Librarianship and Information Science is a quarterly peer-reviewed academic journal that publishes papers in the fields of Information Science and Library Science. The journal's Editor is Anne Goulding. It has been in publication since 1969 and is currently published by SAGE Publications. 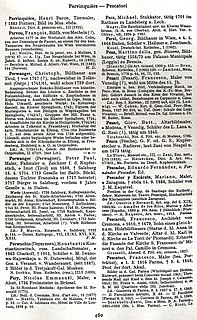 The Library and Information Science Abstracts (LISA) is an international abstracting and indexing tool designed for library professionals and other information specialists. LISA covers the literature in Library and information science (LIS) since 1969 and currently abstracts 440+ periodicals from 68+ countries and in 20+ languages.