Cross Rhythms was the eponymously titled music magazine produced by the Christian media organisation of the same name. It was founded under the name Cross Rhythms Magazine by editor Tony Cummings and printer Mark Golding in April 1989, with the first issue being made available in May 1990. [1] Two years later, publication of the magazine was taken over by Cornerstone House, a publishing company owned by Chris Cole. [2] After partnering with Christian radio station United Christian Broadcasters (UCB) in 1995, the magazine was given more financial stability. Around this time, Cross Rhythms had a circulation of approximately 15,000. [3] Around 2000 Cross Rhythms's official website was launched, which continued online after the paper magazine ceased publication in the summer of 2005 with its 85th issue. As of August 2009 [update] , the website is the sixth most viewed Christian website in the UK. [4]

Cross Rhythms centred almost exclusively on contemporary Christian music, with only the occasional review of more mainstream music. Each issue included interviews with musicians and bands, reviews of various albums and compilations, and features on music festivals or productions. Each issue also included a CD, narrated by Mike Rimmer, containing a selection of the songs featured in the magazine. Later issues featured Edges, a series of commentaries on major issues by communicator Mal Fletcher, and That Mysterious Cross, a series on the Christian cross by Chip Kendall of thebandwithnoname. 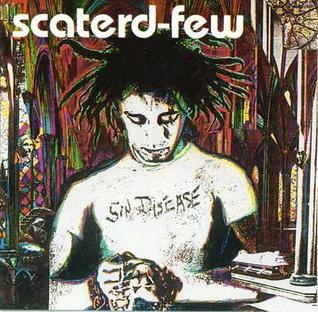 Sin Disease was Scaterd Few's first full-length studio album. CCM magazine described the release as "pure punk for dread people," stating that it was a cross between Jane's Addiction and Charlie Mingus.

Brave is the 2005 album by Contemporary Christian music artist Nichole Nordeman. A special edition with four bonus acoustic tracks and expanded liner notes was simultaneously released with the standard version. The album debuted at No. 119 on Billboard 200, No. 2 on Top Christian Albums, with 8,000 copies sold in its first week. It has sold 91,000 copies in the United States as of August 2015. 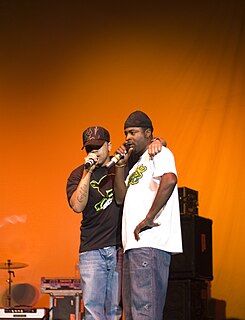 Grits is a Christian hip hop group from Nashville, Tennessee. Their name is an acronym, which stands for "Grammatical Revolution In the Spirit". GRITS is made up of Stacey "Coffee" Jones and Teron "Bonafide" Carter, both of whom were DC Talk dancers.

Sanity Obscure is the second studio album by the American Christian thrash metal band Believer. It was initially released in 1990 on R.E.X. Records and later in 1991 on Roadrunner Records. Several mainstream magazines praised the album.

Lust Control is a Christian thrash punk band, originally formed in 1988. They are known for their explicit lyrical content, which is devoted to matters of sexual purity and sin, including abstinence, masturbation, pornography, sex ed, and related topics. For their unwavering views on sexual purity, CCM magazine has called Lust Control as "the Josh McDowell of the Christian rock world." Musically they have been likened to The Ramones or The Dead Milkmen. The band formed as a joke and was not meant for long term exposure, which has led some to refer to it as a Christian version of Spinal Tap. Lust Control received the title of "The Worst Christian Band of the Decade" for the 1990s from HM.

Scott Blackwell is a Christian dance music artist, generally credited with being the first artist to produce such music for the Christian marketplace. In addition to releasing his own albums has produced many others and has founded several record labels.

Tony Cummings is the founding editor of the magazine Cross Rhythms.

All Things Possible is the seventh studio album by contemporary Christian musician Mark Schultz. The album is the first with Columbia Records and Fair Trade Services. This album was released on September 4, 2012, and the producers were Pete Kipley and Seth Mosley.

Among the Thirsty is an American contemporary Christian music and worship band based out of Clearwater, Florida. Formed in 2005, their members include lead vocalist and acoustic guitarist, Ryan Daniel, guitarist and background vocalist, Brian Scott Henderson, bass guitarist and background vocalist, Brock Douglas and pianist, Alan Pelno. They released, Wonder, with Rev Music Group in 2008, and their song, "I'd Need a Savior", appeared on various Christian Song charts published by Billboard magazine. Their second album, Who You Say I Am, was released by BEC Recordings in 2015, this album saw two songs, "What Love Looks Like" and "Completely", appear on various Christian Song charts.

Victor Manuel Oquendo, who goes by the stage name Liquid, is an American Christian hip hop musician and Christian R&B recording artist. His only album, Tales from the Badlands, was released by Gotee Records, in 2005.

Misty Dawn Edwards, is an American contemporary Christian musician. Cross Rhythms has reviewed seven of her albums, 2003's Eternity, 2005's Always on His Mind, 2007's Relentless, 2009's Fling Wide, 2010's Point of Life, 2013's Only a Shadow, and 2014's Little Bird, while reviewing the extended play, 2011's Measure of Love, whereas Forerunner Music released these musical works. New Release Today has done five Behind the Song features on her songs. Edwards has seen five of her albums appear on the Billboard magazine charts, where they have achieved thirteen peak positions; the best was Only a Shadow, where it placed on the Billboard 200. The albums, Point of Love, Fling Wide, Only a Shadow, and Little Bird placed on the Christian Albums chart, while the extended play, Measure of Love, charted on it and the Heatseekers Albums chart, likewise, her previous albums placed on that chart, Point of Life and Fling Wide. There has been three placements on the Independent Albums chart, for, Fling Wide, Only a Shadow, and Little Bird.

Peter118 is a British Christian punk band, primarily playing pop punk. They are from Stoke-on-Trent, United Kingdom. The band started making music in 2012, and consists of vocalist and guitarist Peter Field, bassist Janine Read, and drummer Sam Critchley. Their first release, Make It or Break It, an extended play, was released in 2015, with Thumper Punk Records and InPresence Records.

Unashamed is the ninth studio album by Building 429. Reunion Records released the album on September 25, 2015.

Andrew Mark Marcus is a Canadian worship musician. He has released five studio albums, Salvation and Glory (2007), Emptiness Speaks Volumes (2009), Our Conversation Behind the Veil (2011), When Winter Falls Summer Springs (2013) and Constant (2016).

Ryan Daniel Squitieri is an American recording artist, singer, songwriter, and lead singer of the band Among the Thirsty. It was announced on October 31, 2016, that Daniel is now an artist rep for music compilation company Mattrix Mixtape presented by Matthew Rix.