Eighteenth Street Lounge Music (ESL Music) is an independent record label based in Washington, D.C. founded by Rob Garza and Eric Hilton in 1996. The duo, as Thievery Corporation, heads the label's roster of artists. 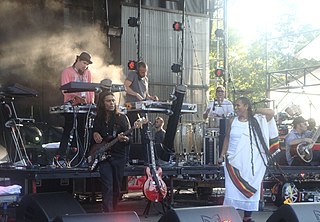 Pamela Carroll Bricker was a jazz singer and professor of music at George Washington University. She was a frequent collaborator and guest vocalist with the group Thievery Corporation, and the voice on their track "Lebanese Blonde", which was additionally popularized by its inclusion on Zach Braff's Garden State soundtrack. She was also a member of Mad Romance vocal quartet from 1983–1989. Bricker was frequently nominated for Washington Area Music Association (WAMA) honors and won as best contemporary jazz vocalist in 1999, 2000 and 2001, and best contemporary jazz album in 2001 for U-topia.

Nicola Conte is an Italian DJ, producer, guitarist, and bandleader, known initially for introducing an innovative style of acid jazz that incorporates bossa nova themes, melodies drawn from Italian film scores of the 1960s, easy listening themes, and traditional Indian music. Recently, he has focused much more on Latin jazz. This focus is evident in his albums Other Directions and Rituals, and many remixes he has done for contemporaries stretching across many closely related genres. 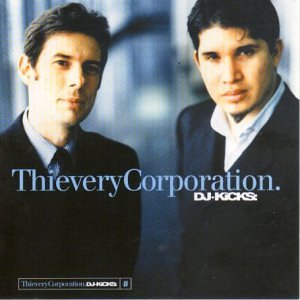 Desmond Williams is an American electronica musician, as well as a record producer and was the chief sound engineer for the Eighteenth Street Lounge Music record label. Born in Jamaica and raised in Montclair, New Jersey, Williams has been known for his remixing and producing style. 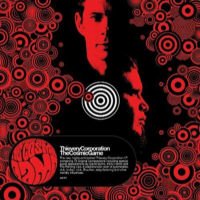 The Cosmic Game is the fourth studio album by American electronic music duo Thievery Corporation, released on February 22, 2005 by ESL Music. After the success of their previous album The Richest Man in Babylon (2002), the guest artists on The Cosmic Game are of higher profile. The album features various styles of music including club, future-bossa, breaks, rock and more. 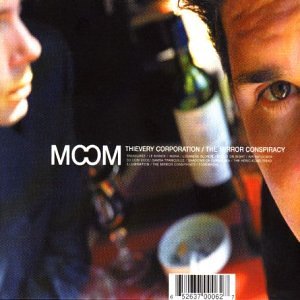 The Mirror Conspiracy is the second studio album by American electronic music duo Thievery Corporation, released on April 2, 2000 by ESL Music. All songs on the album were written, recorded and produced by Rob Garza and Eric Hilton, although Pam Bricker contributed vocals to "Air Batucada", "The Mirror Conspiracy" and "Lebanese Blonde". 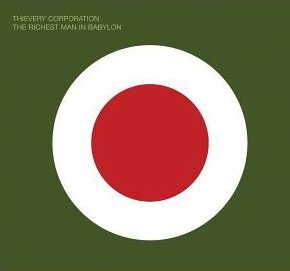 The Richest Man in Babylon is the third studio album by American electronic music duo Thievery Corporation. It was first released on September 30, 2002 in Belgium and on October 1, 2002 in the United States by ESL Music. The album features contributions from Emiliana Torrini, LouLou, Pam Bricker, and Notch, and features both electronic and live instrumentation. The album combines influences such as dub, jazz, dance music, rap, reggae, and Indian music, and incorporates protest music into the group's sound.

Lawrence Chatman, better known as DJ Collage or Mista Chatman, is a reggae vocalist and electronic music producer. Raised in Chicago, he moved to the Bay Area in the early 1990s, and now calls Seattle home. His style of music is referred to as reggae fusion. 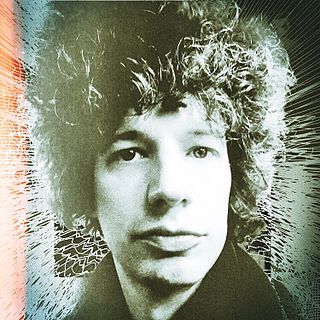 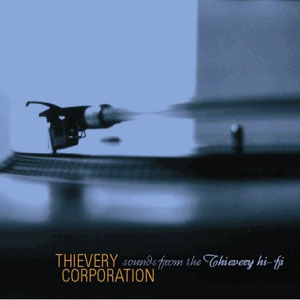 Sounds from the Thievery Hi-Fi is the debut studio album by American electronic music duo Thievery Corporation. It was first released in 1996 in Germany and on June 7, 1997 by ESL Music in the United States. Guest vocals include Pam Bricker and Bebel Gilberto. As of 2002, the album has sold over 33,000 copies in US according to Nielsen SoundScan.

Shawn Lee is an American musician, producer, award-winning video game composer, and multi-instrumentalist, who now lives in London, England. He is currently working on a new touring band project with AM entitled "AM & Shawn Lee". AM & Shawn Lee's debut album Celestial Electric was released around the world in 2012 and their new second album La Musique Numérique was released in 2013. 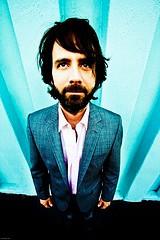 AM is an American songwriter, musician, composer and producer born in Tulsa, Oklahoma, raised in New Orleans, and currently residing in the Los Angeles Echo Park neighborhood in California. AM or A.M. refers to his band and is also the moniker for this artist. Known for his seamless fusing of pop, soul, funk and world music, recording artist AM has released several critically acclaimed albums and toured the world. His newest collaboration with London artist/producer Shawn Lee, has been described by Rolling Stone as "hypnotic" and by Daytrotter as “intricate, groove-filled dreamscapes that are every bit organic and every bit mad genius." 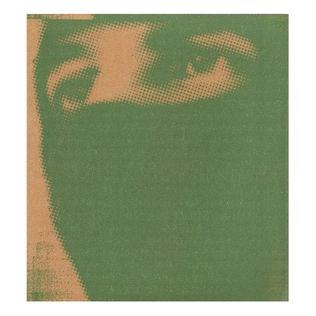 Radio Retaliation is the fifth studio album by American electronic music duo Thievery Corporation, released on September 23, 2008 by ESL Music. Intended to be a political album, it was recorded in the band's hometown of Washington, D.C. from April 2007 to August 2008.

Shana Halligan is a singer, songwriter, and composer based out of Los Angeles, California best known for her work as the former vocalist for the trip-hop act Bitter:Sweet. She is the daughter of Dick Halligan, a founding member of the American rock band Blood, Sweat & Tears. In 2018, she appeared as a contestant in season 14 of the American series The Voice.

The Chillout Project is a series of compilations featuring house, downtempo, and lounge music by various artists compiled and produced by Anton Ramos.

The Karminsky Experience Inc. is a DJ and recording artist duo consisting of James Munns and Martin Dingle. Munns and Dingle began spinning together in small London nightlife locales during the early 1990s, and had a long running, successful circuit of performances, in various night clubs throughout England. Their full-length debut, The Power of Suggestion, was released by the Eighteenth Street Lounge Music label in 2003. They are best known for their LP releases of The Power of Suggestion and Snapshot, both of which were put out under the ESL Music label, which was founded by Rob Garza and Eric Hilton of Thievery Corporation. Their newest album, Beat!, was released under a new label, Patterns of Behavior.

Dubbed Out in DC is a compilation album featuring various lounge, hip hop, and acid jazz artists from Washington, D.C. It contained early work from Thievery Corporation, Thunderball, and Peace Bureau. It was released on 7 June 1997 on ESL Music. Since the album features six different artists it explores several subgenres.

Afrolicious is a dance-fusion collective based in San Francisco, California. Founded by brothers Joe "Pleasuremaker" McGuire and Oz "Señor Oz" McGuire, the group's weekly residency at the Elbo Room in the Mission District has established Afrolicious as an integral player in the San Francisco live music scene. At its core Afrolicious consists of a DJ duo, but has since expanded to include a live band with as many as twelve pieces as well as a project known as Afrolicious Soundsystem. In addition to its reputation for regular touring, Afrolicious has released two EPs as well as a full length original album.