Universidad Nacional de Ciencias Forestales, [[UNACIFOR]] (before known as Escuela Nacional de Ciencias Forestales or ESNACIFOR) is a distinguished institution in the field of forestry, not only in Honduras but also the region of Central America. The school was created in 1969 as a training center, and now offers two levels of degrees. Students can pursue an Associates or Bachelors in Forestry. Over 1400 professional foresters have graduated from ESNACIFOR, and the demand is always more than the supply. A development plan is in effect that provides reviews of the fundamental strategy every 10 years, tactical plan every five years, and evaluations every three months. The four parts of the school are action areas (training programs), general management, academics, and production and services (income for sustaining the school).

Prosopis nigra is a South American leguminous tree species that inhabits the Gran Chaco ecoregion, in Argentina and Paraguay. It is known as algarrobo negro in Spanish, which means "black carob tree". It is also variously called algarrobo dulce, algarrobo morado and algarrobo amarillo.

The National University of Rosario is a research public university located in the city of Rosario, province of Santa Fe, Argentina.

The Mexican Academy of Sciences(Academia Mexicana de Ciencias) is a non-profit organization comprising over 1800 distinguished Mexican scientists, attached to various institutions in the country, as well as a number of eminent foreign colleagues, including various Nobel Prize winners. The organization, which encompasses exact and natural sciences as well as the social sciences and humanities, is founded on the belief that education, based on the truth of scientific knowledge, is the only means, in the short and long term, of achieving the development of the Mexican spirit and national sovereignty.

The National University of Tucumán is an Argentine national university located in Tucumán Province and the largest in Argentina's northwest region. Founded on 25 May 1914 in San Miguel de Tucumán, access to the university is unrestricted and free of charge.

Ángel Rodríguez Lozano is a Spanish radio journalist and popularizer of science, best known as the creator and presenter of the program Vanguardia de la Ciencia, which was broadcast without interruption every week from April 1995 until June 2007. 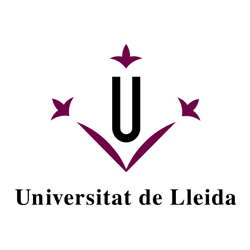 The University of Lleida is a university based in Lleida (Catalonia), Spain. It was the first university in Catalonia and the whole Crown of Aragon. It was founded in 1300, using the name of Estudi General de Lleida.

The Facultad de Ciencias Políticas y Sociales is a faculty within Mexico's Universidad Nacional Autónoma de México (UNAM), responsible for directing research and teaching programs in the fields of political science and social science. It was first established in 1951 as the Escuela Nacional de Ciencias Políticas y Sociales, before its conversion to full faculty status from 26 January 1968. FCPyS offers five academic degrees at the Licenciatura (undergraduate) level, in public administration, Communication studies, political science, international relations, sociology and anthropology. At a postgraduate level FCPyS offers Maestrías in five areas of study, and a Doctorado (doctorate) in political and social science that is oriented to one of five specialities. FCPyS also operates and has responsibility for a number of specialised semi-autonomous research institutions, such as the Centro de Relaciones Internacionales (CRI).

The National Pedagogic University located in Bogotá, capital of Colombia, is a university under the Ministry of National Education of Colombia. It began academic works as a female education institution; in 1962 it acquired its national and joint character.

Luigi Fenaroli was an Italian botanist and agronomist.

The Ariel Award for Best Director is an award presented by the Academia Mexicana de Artes y Ciencias Cinematográficas (AMACC) in Mexico. It is given in honor of a film director who has exhibited outstanding directing while working in the Mexican film industry. In 1947, the 1st and 2nd Ariel Awards were held, with Roberto Gavaldón and Emilio "El Indio" Fernández winning for the films La Barraca and Enamorada, respectively. With the exception of the years 1959 to 1971, when the Ariel Awards were suspended, the award has been given annually. Nominees and winners are determined by a committee formed every year consisting of academy members, previous winners and individuals with at least two Ariel nominations; the committee members submit their votes through the official AMACC website. 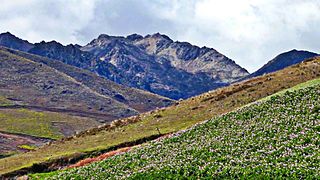 The Sierra La Culata National Park Also Sierra de la Culata National Park is a national park of Venezuela that is located in the northeastern branch of the Venezuelan Andes, in the states Mérida and Trujillo. It was decreed a national park on December 7, 1989. It has a high mountain climate, with temperatures ranging between −2 and 24 °C, and its surface area is 200,400 hectares (774 sq mi).

The National Prize for Humanities and Social Sciences was created in Chile in 1992 under Law 19169. It is granted "to the humanist, scientist, or academic, who has distinguished himself for his contribution in the field of Human Sciences". The history field has its own National Award.