The Evangelical Press Association is a professional association serving the Christian periodical publishing industry, including magazines, newspapers, newsletters, and content-rich websites. Its members produce some 200 periodical titles with a combined circulation of over 15 million. [1] EPA is a religious and educational non-profit corporation under the laws of the state of California. It is managed by an executive director, who is responsible to a board of six directors. [2]

The EPA seeks to promote the cause of evangelical Christianity and to enhance the influence of Christian journalism by: [3]

In the fall of 1947, a handful of editors met at the convention of the National Sunday School Association and began to talk about an association of evangelical editors. Dr. James DeForest Murch, editor of United Evangelical Action, took the lead and called together a pro tem committee in Chicago on May 6, 1948. Thirty-five editors met at the Congress Hotel in Chicago. They officially organized the Evangelical Press Association, adopted the doctrinal statement of the National Association of Evangelicals and wrote the statement of purpose printed above. On April 4–6, 1949, the first annual convention of the EPA met in Chicago with 103 publications represented.

In September, 1951, the association mailed the first copies of a news service to its members. It was produced by volunteers who sent out ten releases in the first five months. In 1952 it became a weekly service with a subscription rate of $10 a year. That year also the association began its newsletter, Liaison. In 1954 the association adopted a code of ethics and began an awards program.

Held each Spring, the annual convention is the focal point of the EPA year. The 3-day convention rotates among major cities throughout the U.S. The goal is to provide three days of learning, sharing, networking, and fellowship, as well as to conduct official association business.

EPA hosts two annual contests: the Awards of Excellence contest (for a publication as a whole) and the Higher Goals contest (for the individual pieces produced—writing, photography, design, etc.).

The Washington Post is a major American daily newspaper published in Washington, D.C., with a particular emphasis on national politics and the federal government. It has the largest circulation in the Washington metropolitan area. Its slogan "Democracy Dies in Darkness" began appearing on its masthead in 2017. Daily broadsheet editions are printed for the District of Columbia, Maryland, and Virginia.

Fundamentalism usually has a religious connotation that indicates unwavering attachment to a set of irreducible beliefs. However, fundamentalism has come to be applied to a tendency among certain groups–mainly, although not exclusively, in religion–that is characterized by a markedly strict literalism as it is applied to certain specific scriptures, dogmas, or ideologies, and a strong sense of the importance of maintaining ingroup and outgroup distinctions, leading to an emphasis on purity and the desire to return to a previous ideal from which advocates believe members have strayed. Rejection of diversity of opinion as applied to these established "fundamentals" and their accepted interpretation within the group often results from this tendency.

Christian fundamentalism began in the late 19th and early 20th centuries among British and American Protestants as a reaction to theological liberalism and cultural modernism. Fundamentalists argued that 19th-century modernist theologians had misinterpreted or rejected certain doctrines, especially biblical inerrancy, that they viewed as the fundamentals of the Christian faith. Fundamentalists are almost always described as having a literal interpretation of the Bible. A few scholars label Catholics who reject modern theology in favor of more traditional doctrines as fundamentalists. Scholars debate how much the terms "evangelical" and "fundamentalist" are synonymous. In keeping with traditional Christian doctrines concerning biblical interpretation, the role Jesus plays in the Bible, and the role of the church in society, fundamentalists usually believe in a core of Christian beliefs that include the historical accuracy of the Bible and all its events as well as the Second Coming of Jesus Christ.

The Holiness movement involves a set of beliefs and practices which emerged within 19th-century Methodism. A number of Evangelical Christian denominations, parachurch organizations, and movements emphasize those beliefs as central doctrine. The movement is Wesleyan-Arminian in theology, and is defined by its emphasis on John Wesley's doctrine of a second work of grace leading to Christian perfection. As of 2015 Holiness-movement churches had an estimated 12 million adherents. 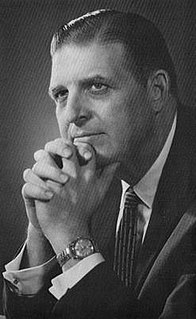 National Religious Broadcasters (NRB) is a non-partisan, international association of Christian communicators. While theologically diverse within the evangelical community, NRB members are linked through a Declaration of Unity that proclaims their joint commitment and devotion to Christianity.

The Fellowship, also known as The Family, and the International Foundation is a U.S.-based religious and political organization founded in 1935 by Abraham Vereide. The stated purpose of the Fellowship is to provide a fellowship forum for decision makers to share in Bible studies, prayer meetings, worship experiences, and to experience spiritual affirmation and support. 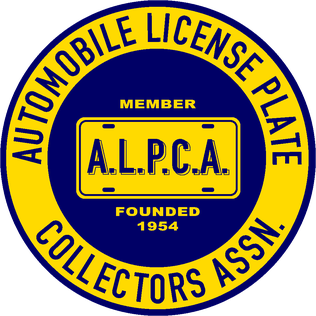 The Automobile License Plate Collectors Association (ALPCA) is the largest such organization in the world. Founded in Rumney Depot, New Hampshire, United States, in 1954 and holding its first meeting/convention in North Attleboro, Massachusetts, in 1955 it serves as a way for license plate collectors to trade plates, distribute news, and provide historic information to members.

Martin Emil Marty is an American Lutheran religious scholar who has written extensively on religion in the United States.

The National Lesbian and Gay Journalists Association is an American professional association dedicated to unbiased coverage of LGBTQ issues in the media. It is based in Washington, D.C., and the membership consists primarily of journalists, students, educators, and communications professionals.

The American Society of News Editors (ASNE) is a membership organization for editors, producers or directors in charge of journalistic organizations or departments, deans or faculty at university journalism schools, and leaders and faculty of media-related foundations and training organizations.

The Columbia Scholastic Press Association (CSPA) is an international student press association, founded in 1925, whose goal is to unite student journalists and faculty advisers at schools and colleges through educational conferences, idea exchanges, textbooks, critiques and award programs. CSPA is affiliated with Columbia University's Graduate School of Journalism.

The Christian Post is an American nondenominational, Evangelical Christian newspaper. Based in Washington, D.C., it was founded in March 2004.

The Theological Commission of the World Evangelical Alliance (WEA) was established in 1974 with Bruce Nicholls as director and John Langlois as administrator. It was built upon the Theological Assistance Program (TAP) which had been created following a decision of WEF in May 1968 to support and strengthen theological education in the Third World.

The Alabama Baptist is a weekly newspaper whose mission is to empower readers to live out Christian discipleship in their personal, professional and church lives. The aim of The Alabama Baptist is to equip readers with resources and information, and to do that with competence, compassion, fairness and dependability as a news source.

Brandan Robertson is a bisexual writer, activist, and speaker, best known for his writing and commentary on millennials, ethics, contemplative spirituality, and his work as an LGBTQ activist to evangelicals. Robertson currently serves at the Lead Pastor of Missiongathering Christian Church in San Diego, California. He also works regularly as a consultant and adjunct instructor at several seminaries including San Francisco Theological Seminary, Auburn Theological Seminary, and Union Theological Seminary. Robertson received his Bachelor of Arts in Pastoral Ministry and Theology from Moody Bible Institute in Chicago, Illinois and his Masters of Theological Studies from Iliff School of Theology in Denver, Colorado. Robertson writes regularly for Patheos, The Huffington Post Blog, Progressing Spirit, and Sojourners Magazine. He is the author of "Nomad: A Spirituality For Traveling Light" and "True Inclusion: Creating Communities of Radical Embrace", and the editor of "Our Witness: The Unheard Stories of LGBT+ Christians". He is the executive director of a small non-profit, "Metanoia", which seeks to "foster spiritual and social evolution" through advocacy and education.