Last updated August 27, 2022
2010 film
For other films with the same title, see Everything Will Be Fine (disambiguation).

Everything Will Be Fine (Danish : Alting bliver godt igen) is a 2010 Danish film directed by Christoffer Boe, who also wrote the screenplay. [1] The film was screened at the 2010 Cannes Film Festival. [2]

Boyd van Hoeij of Variety called the film, "[the] most slickly commercial pic yet". [3]

The Double Hour is a 2009 Italian romantic thriller film. It is directed by Giuseppe Capotondi, produced by Francesca Cima and Nicola Giuliano, and stars Filippo Timi and Kseniya Rappoport. Principal photography began in October 2008 in Turin, Italy. The film opened in Italy on October 9, 2009, after premiering in competition at Venice Film Festival in September 2009, where it eventually won the Volpi Cup award for Best Actress for Rappoport. It was also screened at the 2009 Toronto Film Festival. Samuel Goldwyn Films released The Double Hour in the US on April 15, 2011.

Tender Son: The Frankenstein Project is a 2010 Hungarian film written and directed by Kornél Mundruczó, developed from his own theatrical play and loosely based on Mary Shelley's Frankenstein. The film was screened in the main competition at the 2010 Cannes Film Festival, where it was poorly received by critics.

Süskind is a Dutch war film directed by Rudolf van den Berg. The film is based on the life of Walter Süskind and is set in Amsterdam during the Second World War. The film was released in the Netherlands on 19 January 2012. 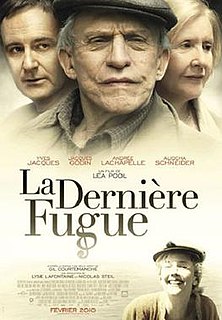 The Last Escape is a 2010 French-language Canadian drama film, directed by Léa Pool and written by Pool and Gil Courtemanche based on the novel A Beautiful Death (2005). This film stars Yves Jacques, Jacques Godin, Andrée Lachapelle and Aliocha Schneider and was theatrical released at Canada on February 2, 2010.

Jealousy is a 2013 French drama film directed by Philippe Garrel, starring Louis Garrel and Anna Mouglalis. It was screened in the main competition section at the 70th Venice International Film Festival. It is the first installment in Garrel's trilogy of love, the second being In the Shadow of Women (2015) and the third being Lover for a Day (2017).

Soongava: Dance of the Orchids is a 2012 Nepalese drama film written and directed by Subarna Thapa. It is Nepal's first lesbian film. The film was selected as the Nepalese entry for the Best Foreign Language Film at the 86th Academy Awards, but it was not nominated. 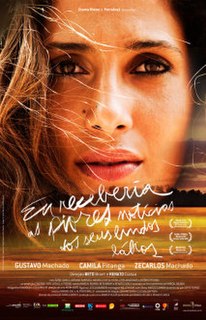 I'd Receive the Worst News from Your Beautiful Lips is a 2011 Brazilian romance drama film directed by Beto Brant and Renato Ciasca. Based on a novel of the same name by Marçal Aquino, it stars Camila Pitanga, Gustavo Machado, and Zecarlos Machado, in a love triangle.

The Smell of Us is a 2014 French drama film directed by Larry Clark, focusing on the lives of several middle-class young people in Paris, skateboarding and having sex for pay. It was screened in the Venice Days section at the 71st Venice International Film Festival, and screened in France in 2015.

In Dubious Battle is a 2016 drama film directed and produced by James Franco, loosely based on John Steinbeck's 1936 novel of the same name, with a screenplay by Matt Rager. The film features an ensemble cast, consisting of Franco, Nat Wolff, Josh Hutcherson, Vincent D'Onofrio, Robert Duvall, Selena Gomez, Keegan Allen and Ed Harris. The film had its world premiere at the Venice Film Festival on September 3, 2016. 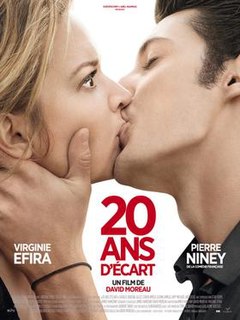 It Boy is a 2013 French romantic comedy film directed by David Moreau. It stars Virginie Efira and Pierre Niney, and narrates the story of a 38-year-old woman and her relationship with a teenage boy.

The Sound of Trees is a 2015 Canadian film directed by François Péloquin. The film stars Antoine L'Écuyer as Jérémie, a teenager who dreams of escaping his small-town life in the Gaspésie region of Quebec, posing problems in his relationship with his father Régis.

The War Show is a 2016 Syrian-Danish-German documentary film co-written and directed by Andreas Dalsgaard and Obaidah Zytoon. It was awarded best film in the Venice Days section at the 73rd edition of the Venice Film Festival.

It's Not the Time of My Life is a 2016 Hungarian drama film directed by Szabolcs Hajdu. It is set in an apartment where two families interact and both couples go through a midlife crisis. The film is based on the director's own play. 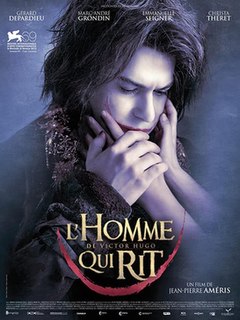 The Man Who Laughs is a 2012 French/Czech romantic musical drama film produced by EuropaCorp and based on the 1869 eponymous novel by Victor Hugo.

Mrs. Fang is a 2017 documentary film directed by Wang Bing. It chronicles the last 10 days of the life of Fang Xiuying, a bedridden 68-year-old woman who suffers from advanced Alzheimer's disease. It won Golden Leopard at the 2017 Locarno Festival.

Max Currie is a New Zealand film director and screenwriter, most noted for his 2020 film Rūrangi.