Feminine Cycling Team (UCI code FCT) is a professional women's cycling team, based in Germany, [1] which is scheduled to compete in elite road bicycle racing events such as the UCI Women's Road World Cup in 2015.

Sophie Lacher is a German professional racing cyclist. She rides for the Feminine Cycling Team.

Jacqueline Dietrich is a German professional racing cyclist. She rides for the Feminine Cycling Team.

Jacqueline Hahn is an Austrian racing cyclist. She competed in the 2013 UCI women's time trial in Florence. Hahn is a discipline national champion, having won titles in the road race, criterium and cyclo-cross competitions.

Nicole Denise Cooke, MBE is a Welsh former professional road bicycle racer and Commonwealth, Olympic and World road race champion. Cooke announced her retirement from the sport on 14 January 2013 at the age of 29. 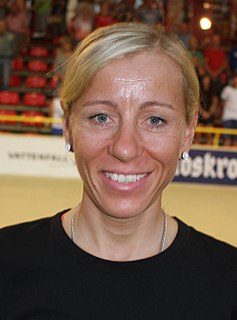 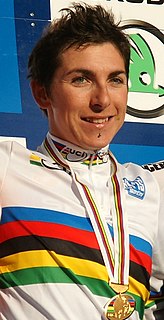 Giorgia Bronzini is an Italian professional racing cyclist. She was born in Piacenza. She won the women's road race in the UCI Road World Championships in both 2010 and 2011 and the women's points race in the UCI Track Cycling World Championships in 2009. She has taken a total of 80 victories on the road and the track, including stages of the Giro Rosa, the Route de France Féminine, the Tour of Qatar, the Tour of California, and the Tour of Chongming Island. After a 16-year career, in August 2018 Bronzini announced that she would retire at the end of the season and become a directeur sportif with Trek Bicycle Corporation's new women's team in 2019.

Loes Gunnewijk is a former professional Dutch racing cyclist. She was part of the 2007 Team Flexpoint.

Rochelle Gilmore is an Australian former racing cyclist currently living in Italy. She is the owner and manager of Wiggle High5. 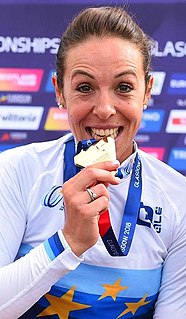 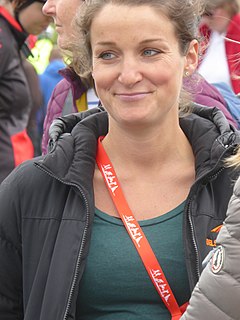 Elizabeth Mary Deignan is an English professional world champion track and road racing cyclist, who currently rides for UCI Women's Team Trek–Segafredo. She was the 2015 World road race champion and the 2014 Commonwealth Games road race champion. Deignan is also a twice winner of the season-long UCI Women's Road World Cup, winning the overall competition in 2014 and the final edition in 2015. At the 2012 Summer Olympics, Deignan won the silver medal in the road race. She has won the British National Road Race Championships four times, in 2011, 2013, 2015 and 2017. 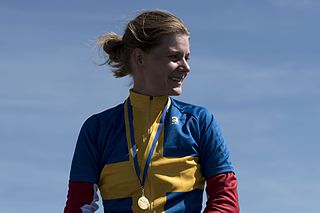 Emma Johansson is a Swedish retired professional racing cyclist. Nicknamed Silver Emma, Johansson accumulated a large number of second and third places at major championships and one-day classics. In 2013 she finished the year as number one on the UCI Women's World Ranking.

Boels–Dolmans Pro Cycling is a professional cycling team based in the Netherlands, which competes in elite road bicycle racing events such as the UCI Women's World Tours. The title sponsors are the Dutch plant hire company Boels Rental and Dolmans Landscaping, a Dutch civil engineering company. 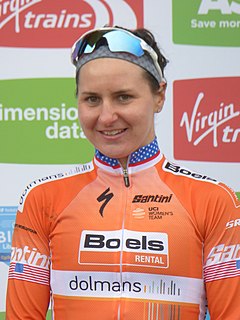 Bigla Pro Cycling is a professional cycling team based in Switzerland, which competes in elite road bicycle racing events such as the UCI Women's World Tour.

Katrin Garfoot is a retired German-born Australian cyclist who won a bronze medal at the 2014 Commonwealth Games in the road time trial. She started cycle racing in 2011, three years after moving to Australia, having previously competed in athletics up to junior level. In addition to this, Katrin was a teacher at Southport State High School on the Gold Coast.

The 2015 women's road cycling season is the sixth for the Boels Dolmans Cycling Team, which began as the Dolmans Landscaping Team in 2010.