She is the daughter of Dennis Lima and Angela Maynard. Floriana was born in Cincinnati, Ohio. [2] [3] She is of Italian, Irish, English, Spanish and Portuguese descent. [4] She graduated from Fairfield Senior High School in 1999 [5] and went on to study Communications at Ohio State University. [3]

After college, she worked as a production assistant at NBC4 in Columbus, Ohio. [6] She then decided to move to Los Angeles to pursue an acting career. [3] [7]

In 2018, Lima played the recurring character of psychiatrist Krista Dumont in the second season of Netflix's The Punisher . [11]

Margaret Cassidy Lawson is an American actress who is best known for her role as Detective Juliet "Jules" O'Hara in the TV show Psych. From 2018 to 2019, she held the recurring role of Nathalie Flynn on Fox's Lethal Weapon's third and final season. 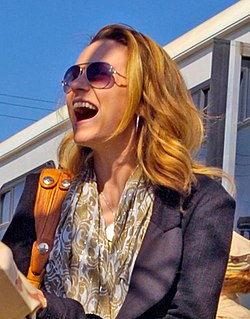 Hilarie Burton Morgan is an American actress and producer. A former host of MTV's Total Request Live, she portrayed Peyton Sawyer on The WB/CW drama One Tree Hill for six seasons (2003–2009). Burton gained wider recognition with leading roles in the films Our Very Own, Solstice, and The List. She starred as Sara Ellis on the USA crime drama White Collar (2010–2013); and, in 2013, she had a recurring role as Dr. Lauren Boswell on the ABC medical drama Grey's Anatomy. In 2014, she appeared in the short-lived ABC drama series Forever as Molly Dawes, and a recurring role in the short-lived CBS sci-fi drama series Extant as Anna Schaefer in 2015. From 2016 until 2017, Burton recurred as DEA Agent Karen Palmer on the Fox television series Lethal Weapon. 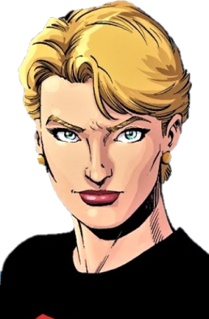 Margaret Elle "Maggie" Sawyer is a fictional character that appears in stories published by DC Comics, and has been a supporting character in both Superman and Batman comic books.

Jenna Lee Dewan is an American actress and dancer. She started her career as a backup dancer for Janet Jackson, and later worked with artists including P!nk, Missy Elliott, and Christina Aguilera. She is known for her role as Nora Clark in the 2006 film Step Up. She has also starred on the short-lived NBC series The Playboy Club and had a recurring role on the FX series American Horror Story: Asylum. She portrayed Freya Beauchamp on the Lifetime series Witches of East End and played Lucy Lane in The CW series Supergirl. Dewan hosted the NBC reality competition television series World of Dance. 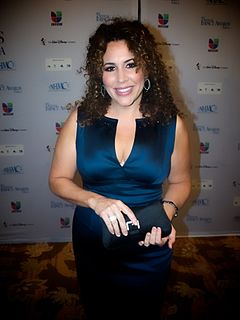 Diana-Maria Riva is an American actress. 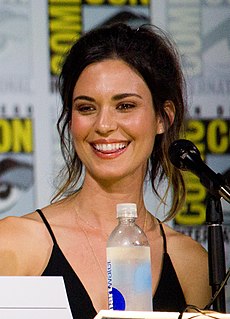 Odette Juliette Annable is an American actress and model. She is known for various roles in film and television, including her starring role as Dr. Jessica Adams in the Fox medical drama series House, Beth McIntyre in the monster film Cloverfield, Aubrey Diaz in the ABC drama series October Road, and Samantha Arias/Reign in Supergirl. 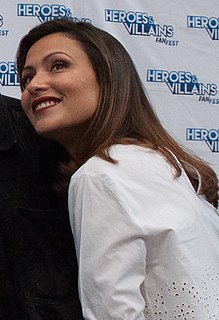 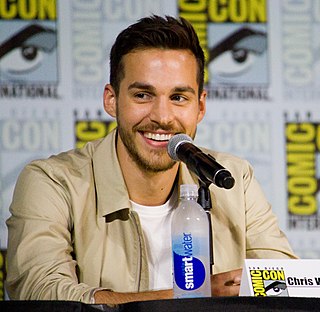 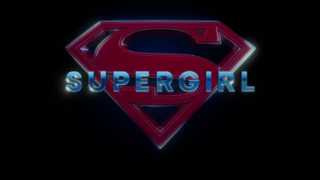 Supergirl is an American superhero television series developed by Ali Adler, Greg Berlanti and Andrew Kreisberg that originally aired on CBS and premiered on October 26, 2015. It is based on the DC Comics character Supergirl, created by Otto Binder and Al Plastino, and stars Melissa Benoist in the title role. Supergirl is a costumed superheroine who is Superman's cousin and one of the last surviving Kryptonians. The series is the third series set in the Arrowverse, sharing continuity with the other television series of the franchise. Filming takes place in Vancouver, British Columbia.

Marvel's The Punisher, or simply The Punisher, is an American web television series created for Netflix by Steve Lightfoot, based on the Marvel Comics character of the same name. It is set in the Marvel Cinematic Universe (MCU), sharing continuity with the films and other television series of the franchise, and is a spin-off of Marvel's Daredevil. The series is produced by Marvel Television in association with ABC Studios and Bohemian Risk Productions, with Lightfoot serving as showrunner. 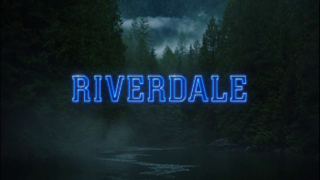 Andrea K. Brooks is a Canadian actress and model best known for portraying Faith Carter on the Hallmark series When Calls the Heart and Eve Teschmacher in The CW series Supergirl. 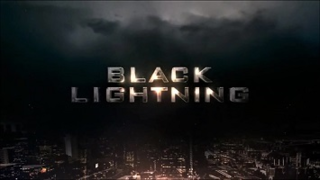 Black Lightning is an American superhero television drama series, developed by Salim Akil, that premiered on The CW on January 16, 2018. It is based on the character of the same name, created by Tony Isabella and Trevor Von Eeden, featured in publications of DC Comics. Cress Williams stars as the titular character alongside China Anne McClain, Nafessa Williams, Christine Adams, Marvin Jones III, Damon Gupton, James Remar, and Jordan Calloway. The series sees the retired Black Lightning return to his life as a superhero and follows the effects of his vigilante activity on his professional and family life.

The second season of the American television series Supergirl, which is based on the DC Comics character Supergirl / Kara Zor-El, a costumed superheroine who is the cousin to Superman and one of the last surviving Kryptonians.

Giorgia Whigham is an American actress. She is best known for her role as Beth in VH1's Scream, Amy Bendix in Netflix's The Punisher and as Kat in Netflix's 13 Reasons Why.

The second season of the American web television series The Punisher, which is based on the Marvel Comics character of the same name, revolves around Frank Castle saving a girl from being murdered, forcing him to decide if he should embrace his life as the Punisher. It is set in the Marvel Cinematic Universe (MCU), sharing continuity with the films and other television series of the franchise. The season is produced by Marvel Television in association with ABC Studios and Bohemian Risk Productions, with Steven Lightfoot serving as showrunner.

Alexandra Danvers Ph.D. M.D. is a fictional character from the DC Comics television series Supergirl, portrayed by actress Chyler Leigh. Created by executive producers Greg Berlanti, Ali Adler, and Andrew Kreisberg, the character was introduced in the pilot episode as the elder adoptive sister of protagonist Kara Danvers / Supergirl. Alex is a bioengineer, physician, scientist and a field agent of the DEO, a secret government agency that works to protect the Earth from extraterrestrial threats. She later becomes the director of the organization at the end of season three, after having been J'onns second-in-command for years, and remains so through season five. Alex is also featured in the show's digital tie-in comic book series, Adventures of Supergirl, as well as the 2017 four-part Arrowverse crossover event "Crisis on Earth-X", with Leigh reprising her role across Arrow, The Flash, and Legends of Tomorrow.

The third season of the American television series Supergirl, which is based on the DC Comics character Supergirl / Kara Zor-El, focuses on a costumed superheroine who is the cousin to Superman and one of the last surviving Kryptonians.