Frank Kooiman (born 13 January 1970) is a Dutch former football goalkeeper. He made his debut in Dutch professional football on 25 September 1994 for Sparta Rotterdam, replacing Edward Metgod in a game against Vitesse Arnhem.

Nieuwegein[ˌniʋəˈɣɛi̯n](listen) is a municipality and city in the Dutch province of Utrecht. It is bordered on the north by the city of Utrecht, the provincial capital. It is separated from Vianen to the south by the river Lek and borders on IJsselstein in the southwest and Houten in the east.

Wormerland is a municipality in the Netherlands, in the province of North Holland.

The 1993 CONCACAF Gold Cup was the second edition of the Gold Cup, the football (soccer) championship of North America, Central America and the Caribbean (CONCACAF).

The following are the football (soccer) events of the year 1970 throughout the world.

Christopher Clemence "Cle" Kooiman is a retired American soccer defender. He played professionally in both Mexico and the United States including the first Major Indoor Soccer League, Western Soccer Alliance, American Professional Soccer League and Major League Soccer. He earned twelve caps, scoring one goal, with the U.S. national soccer team in 1993 and 1994. He was a member of the U.S. team at the 1994 FIFA World Cup. 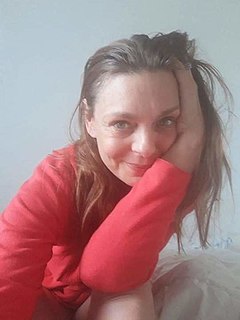 Kooijman is a Dutch language occupational surname. Kooij is an archaic spelling of kooi ("cage"), generally referring to a pen or a duck decoy, and the name often originated with a herder, duck breeder, or cage maker. The ij digraph is often replaced with a "y". Among other variant spellings are Cooijman, Kooijmans, and Kooiman. People with the surname include:

Manu Dagher is a Liberian-Dutch footballer who plays as a striker. He is signed to Waltham Forest in England and was also a member of the Liberia national football team. 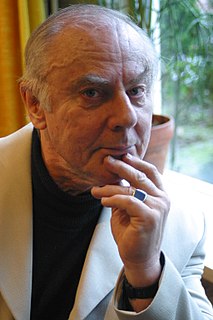 Ewald Kooiman, was a Dutch organist. He studied organ in Amsterdam with Piet Kee and with Jean Langlais in Paris. In addition, he was professor of Romance languages.

Victor Kros is a Dutch former football goalkeeper. He made his debut in Dutch professional football on January 20, 2002 for Sparta Rotterdam, replacing Frank Kooiman in a game against AZ Alkmaar.

Catharina Johanna Elise (Nine) Kooiman is a Dutch politician and former social worker. As a member of the Socialist Party she has been an MP since 17 June 2010. She focuses on matters of youth and family law.

Kooiman is a Dutch language occupational surname. Kooi in the name means "cage" in Dutch, but generally referred to a pen or duck decoy, and the name often originated with a duck breeder, herder, or cage maker. Variant spellings are Cooiman, Kooimans, Coyman, Coymen, Kooijman(s), and Kooyman(s). People with the surname include:

MV Spirit of Chartwell is a hotel barge owned and operated by Portuguese holiday company Douro Azul for luxury cruises along the Douro river, Porto, Portugal.

Toen Was Geluk Heel Gewoon was a popular Dutch sitcom broadcast on KRO from January 2, 1994 till June 3, 2009. It's a Dutch adaptation of the American sitcom The Honeymooners starring Gerard Cox and Sjoerd Pleijsier in the respective roles of bus-driver Jaap Kooiman and journalist Simon Stokvis.

Anna Brooks Kooiman is an American news anchor and television panelist, currently working for Australia's Network Ten. From 2011 to 2016, she served as anchor and reporter for Fox News based in New York City. Kooiman's last position with Fox News was as co-host on the weekend edition of Fox & Friends. Since then, she has been with the News Corp's Australian division as a substitute anchor and panelist on various news programs for Network Ten.

Kooi, Kooij or Kooy is a Dutch surname. Translated as "cage", the name often referred to a pen or duck decoy, and originated with a herder, duck breeder/hunter, or cage maker. The forms Van der Kooi etc. mean "from the pen / duck decoy". In the Netherlands, the archaic spelling Kooij is most common, while it is usually rendered Kooy abroad. Notable people with the surname include:

Catharina "Ineke" Kooiman-van Homoet is a Dutch former marathon speed skater and long track speed skater, who was active between 1970 and 1984. She was also a road racing cyclist.

Willem (Wim) Kooiman is a Dutch former footballer who played as central defender.