Glynnis O'Connor (born November 19, 1956) is an American actress of television, film, radio, and theater. She first gained wide attention in the mid-1970s with leading roles in the television version of Our Town and in the short-lived series Sons and Daughters . She also co-starred with Robby Benson in the films Jeremy in 1973 and Ode to Billy Joe in 1976, as well as with Jan-Michael Vincent in the film Baby Blue Marine in 1976.

O'Connor was born in New Rochelle, New York, [1] and is the daughter of actress Lenka Peterson and film producer Daniel Patrick O'Connor. [2] [3] She is married to Douglas Stern, a New York City native, [4] and they have two daughters together, Lindsay (b. 1990) and Hana.

In 1973, O'Connor sang the title song for the film Jeremy in which she also co-starred with Robby Benson. [5] On January 8, 1974, she starred in the CBS Radio Mystery Theatre production of "Ring of Roses" and then co-starred with John Travolta in the 1976 made-for-television movie The Boy in the Plastic Bubble . The same year she portrayed Bobbie Lee Hartley, co-starring again with Robby Benson, in the film Ode to Billy Joe, a tragic romance produced and directed by Max Baer Jr. [5]

In 1984, O'Connor starred as Leola Mae Harmon in the biographical made-for-TV movie Why Me? , about United States Air Force nurse Harmon’s trauma and series of facial reconstruction surgeries after a horrifying car accident. She was also cast in 1984 in the comedy Johnny Dangerously . [5] In 1986, O'Connor performed in the NBC made-for-TV movie The Deliberate Stranger .

O’Connor played defense attorney Anne Paulsen in five episodes, from 1998 through 2004, on the television series Law & Order . [5] In 2007 she appeared in the independent feature film P.J., directed by Russ Emanuel. [6] 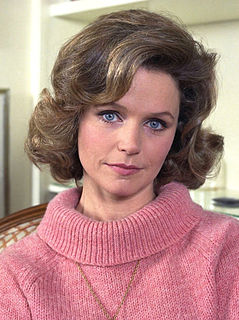 Bobbie Lee Gentry is a retired American singer-songwriter who was one of the first female artists to compose and produce her own material. 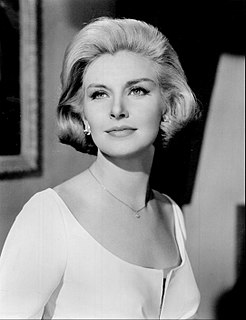 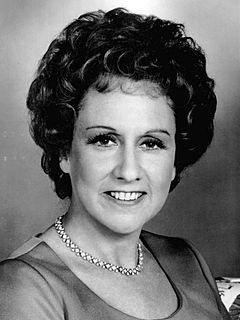 Stockard Channing is an American actress. She is known for playing Betty Rizzo in the film Grease (1978) and First Lady Abbey Bartlet in the NBC television series The West Wing (1999–2006). She is also known for originating the role of Ouisa Kittredge in the stage and film versions of Six Degrees of Separation, and was also one of two comic foils of The Number Painter on Sesame Street. 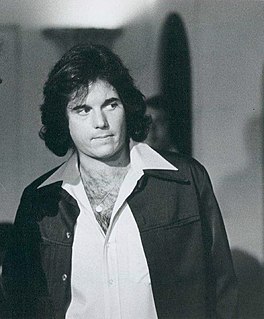 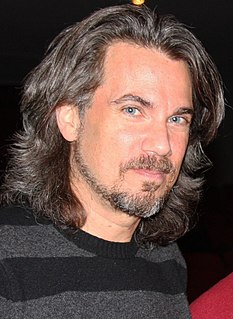 Robby Benson is an American actor, singer, composer, teacher, and filmmaker. He rose to prominence as a teen idol in the late 1970s, appearing in the sports films One on One (1977) and Ice Castles (1978). He subsequently garnered more fame for portraying the voice of Beast in the Disney animated film Beauty and the Beast (1991) and its numerous sequels and spin-offs. He later forged a career in directing television, including six episodes of the sitcom Friends. 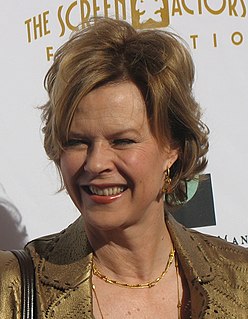 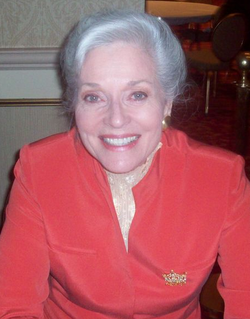 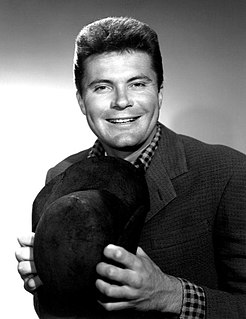 Maximilian Adalbert Baer Jr. is an American actor, producer, comedian, and director. He is best known for playing Jethro Bodine, the dim-witted nephew of Jed Clampett on The Beverly Hillbillies. 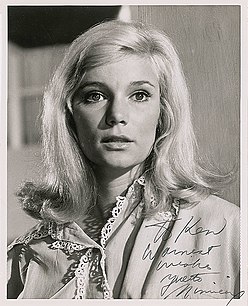 Yvette Carmen Mimieux is an American retired television and film actress. She was nominated for three Golden Globe Awards during her acting career. 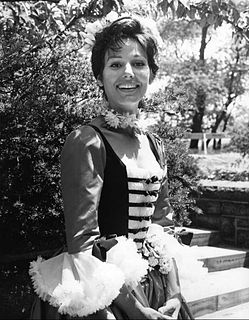 Hallie Kate Eisenberg is an American former child actress, best known for being "The Pepsi Girl" in a series of Pepsi commercials, as Marie Alweather in Paulie, and her role as Erika Tansy in How to Eat Fried Worms. 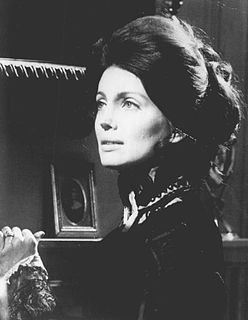 Gayle Hunnicutt, Lady Jenkins, is a retired American film, television and stage actress. She has made more than 30 film appearances.

Lenka Peterson is an American theater, film, and television actress.

Ode to Billy Joe is a 1976 American drama film, directed and produced by Max Baer Jr., with a screenplay by Herman Raucher, and starring Robby Benson and Glynnis O'Connor. It is inspired by the 1967 hit song by Bobbie Gentry, titled "Ode to Billie Joe."

Robert Kinoshita was an American artist, art director, set and production designer who worked in the American film and television industries from the 1950s through the early 1980s. 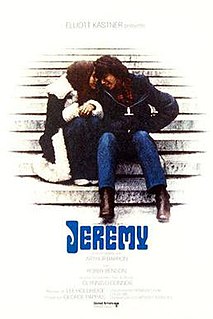 Jeremy is a 1973 American romantic drama film starring Robby Benson and Glynnis O'Connor as two Manhattan high school students who share a tentative month-long romance. It was the first film directed by Arthur Barron, and won the prize for Best First Work in the 1973 Cannes Film Festival. Benson was also nominated for a Golden Globe Award for his performance as the title character.