Graham Scambler (born 1948) is a sociologist, specializing in medical sociology.

Sociology is the scientific study of society, patterns of social relationships, social interaction, and culture of everyday life. It is a social science that uses various methods of empirical investigation and critical analysis to develop a body of knowledge about social order, acceptance, and change or social evolution. While some sociologists conduct research that may be applied directly to social policy and welfare, others focus primarily on refining the theoretical understanding of social processes. Subject matter ranges from the micro-sociology level of individual agency and interaction to the macro level of systems and the social structure.

Medical sociology is the sociological analysis of medical organizations and institutions; the production of knowledge and selection of methods, the actions and interactions of healthcare professionals, and the social or cultural effects of medical practice. The field commonly interacts with the sociology of knowledge, science and technology studies, and social epistemology. Medical sociologists are also interested in the qualitative experiences of patients, often working at the boundaries of public health, social work, demography and gerontology to explore phenomena at the intersection of the social and clinical sciences. Health disparities commonly relate to typical categories such as class and race. Objective sociological research findings quickly become a normative and political issue.

Scambler completed a B.Sc in Philosophy and Sociology at the University of Surrey in 1971, followed by a Ph.D. in Sociology (supervised by George Brown at Bedford College, University of London. His PhD thesis was on the stigma experienced by adults with epilepsy living in the community. [1] 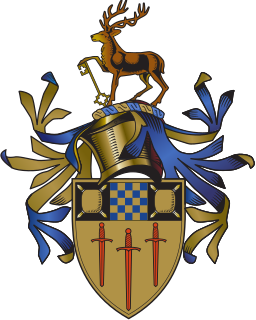 The University of Surrey is a public research university in Guildford, Surrey, United Kingdom. The university is interdisciplinary, with a science and engineering heritage. It received its charter on 9 September 1966, and was for more than 60 year prior near Battersea Park in south-west London. The institution was known as Battersea College of Technology before gaining university status. Its roots, however, go back to the Battersea Polytechnic Institute, founded in 1891 to provide further and higher education for London's poorer inhabitants. More recently, the university launched the Surrey International Institute with Dongbei University of Finance and Economics.

George William Brown is a medical sociologist who works in the field of social nature of mental illness.

Charing Cross Hospital Medical School (CXHMS) is the oldest of the constituent medical schools of Imperial College School of Medicine.

University College London, which has operated under the official name of UCL since 2005, is a public research university located in London, United Kingdom. It is a constituent college of the federal University of London, and is the third largest university in the United Kingdom by total enrolment, and the largest by postgraduate enrolment.

He is author or editor of several books and has written over 100 chapters and peer-reviewed papers. [2] He is founding co-editor of the international journal Social Theory and Health.

Josemir W. Sander, also known as Ley Sander, is the ES Professor of Neurology and Clinical Epilepsy at the Department of Clinical and Experimental Epilepsy, Institute of Neurology of University College London. He is Honorary Consultant Neurologist and Clinical Lead for Epilepsy at the National Hospital for Neurology and Neurosurgery, Queen Square, London and at the Epilepsy Society's Sir William Gowers Assessment Centre in Buckinghamshire. Sander is Head of the World Health Organization Collaborating Centre for Research and Training in Neurosciences, London and Medical Director of the Epilepsy Society, based at the Chalfont Centre for Epilepsy. Sander is also the Director for Scientific Research at SEIN – Stichting Epilepsie Instellingen Nederland in Heemstede.

John S. Duncan is a British neurologist specialising in epilepsy. He is Professor of Clinical Neurology at University College London Institute of Neurology and Clinical Director of the National Hospital for Neurology and Neurosurgery at Queen Square, London.

UCL Medical School is the medical school of University College London (UCL) and is located in London, United Kingdom. The School provides a wide range of undergraduate and postgraduate medical education programmes and also has a medical education research unit and an education consultancy unit. 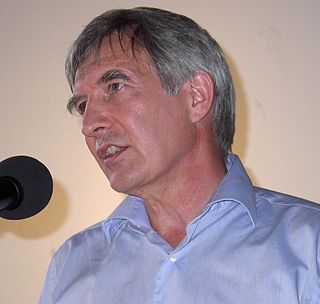 Richard Gerald Wilkinson is a British social epidemiologist, author and advocate. He is Professor Emeritus of Social Epidemiology at the University of Nottingham, having retired in 2008. He is also Honorary Professor of Epidemiology and Public Health at University College London and Visiting Professor at University of York. In 2009, Richard co-founded The Equality Trust. Richard was awarded a 2013 Silver Rose Award from Solidar for championing equality and the 2014 Charles Cully Memorial Medal by the Irish Cancer Society.

David Hopcraft John Morgan, known as David Morgan, is a British sociologist, a former President of the British Sociological Association (1997–1999) and editor of the association's journal Sociology. His research focuses on family sociology, gender studies and especially men's studies.

Simon J. Williams, FAcSS is a British sociologist. He is Professor of Sociology at the University of Warwick.

Gerard Delanty is a British sociologist and Professor of Sociology and Social & Political Thought at the University of Sussex. He is also the editor of European Journal of Social Theory.

George Rosen (1910–1977) was an American physician, public health administrator, journal editor, and medical historian. His major interests were in the relationship of social, economic and cultural factors upon health.

Norman Long is a British social scientist known for his work on the sociology of international development.

Alexander Thomson Macbeth Wilson MD RAMC FRCPsych FBPsS FRSA was a British psychiatrist who was a pioneer of therapeutic communities.

Dimitri Michael Kullmann is a professor of neurology at the UCL Institute of Neurology, University College London (UCL), and leads the synaptopathies initiative funded by the Wellcome Trust. Kullmann is a member of the Queen Square Centre For Neuromuscular Disease and a consultant neurologist at the National Hospital for Neurology and Neurosurgery.

Andrew Patrick Arthur Steptoe DPhil DSc FAcSS FMedSci is a British psychologist and epidemiologist and Head of the Department of Behavioural Science and Health at University College London. He is a pioneer in health psychology and behavioral medicine in the UK and internationally, known for his work on psychosocial factors in cardiovascular disease, ageing, and positive wellbeing and health.

Melanie Jane Bartley, FBA, is a medical sociologist and retired academic. She was Professor of Medical Sociology at University College London from 2001 to 2012.