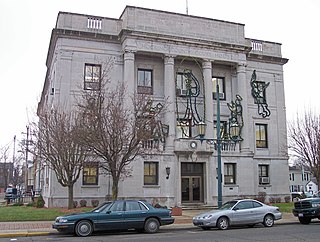 Hocking County is a county located in the U.S. state of Ohio. As of the 2020 census, the population was 28,050. Its county seat is Logan. The county was organized on March 1, 1818, from land given by Athens, Fairfield, and Ross counties. Its name is from the Hocking River, the origins of which are disputed but is said to be a Delaware Indian word meaning "bottle river".

Hocking College is a public community college in Nelsonville, Ohio. The college offers more than 60 associate and vocational programs and is accredited by the Higher Learning Commission. The college was chartered in 1969 by the Ohio Board of Regents.

Hocking Hills State Park is a state park in the Hocking Hills region of Hocking County, Ohio, United States. In some areas the park adjoins the Hocking State Forest. Within the park are over 25 miles (40 km) of hiking trails, rock formations, waterfalls, and recess caves. The trails are open from dawn to dusk, all year round, including holidays.

A ham hock or pork knuckle is the joint between the tibia/fibula and the metatarsals of the foot of a pig, where the foot was attached to the hog's leg. It is the portion of the leg that is neither part of the ham proper nor the ankle or foot (trotter), but rather the extreme shank end of the leg bone.

Garry Andrew Hocking is a former Australian rules footballer who played for the Geelong Football Club in the Australian Football League (AFL).

The Kalgoorlie Miner is a daily newspaper circulating in the City of Kalgoorlie-Boulder and the Goldfields-Esperance region, in Western Australia.

Anchor Hocking Company is a manufacturer of glassware. The Hocking Glass Company was founded in 1905 by Isaac Jacob (Ike) Collins in Lancaster, Ohio, and named after the Hocking River.

USS Hocking (APA-121) was a Haskell-class attack transport of the United States Navy. She was built and used during World War II. She was of the VC2-S-AP5 Victory ship design type. Hocking was named for Hocking County, Ohio.

Karl-Friedrich Höcker was a Nazi war criminal, German commander in the SS and the adjutant to Richard Baer, who was a commandant of Auschwitz I concentration camp from May 1944 to December 1944. In 2006, a photo album created by Höcker, with some 116 pictures from his time at Auschwitz, was given to the United States Holocaust Memorial Museum, sparking new interest in his activities as a concentration camp administrator.

The Höcker Album is a collection of photographs believed to have been collected by Karl-Friedrich Höcker, an officer in the SS during the Nazi regime in Germany. It contains over one hundred images of the lives and living conditions of the officers and administrators who ran the Auschwitz-Birkenau concentration camp complex. The album is unique and an indispensable document of the Holocaust; it is now in the archives of the United States Holocaust Memorial Museum (USHMM) in Washington, D.C.

The Hocking Valley Railway was a railroad in the U.S. state of Ohio, with a main line from Toledo to Athens and Pomeroy via Columbus. It also had several branches to the coal mines of the Hocking Valley near Athens. The company became part of the Chesapeake and Ohio Railway system in 1910, and the line between Toledo and Columbus continues to see trains as CSX Transportation's Columbus Subdivision. Portions of the main line south of Columbus are now operated by the Indiana and Ohio Railway and Hocking Valley Scenic Railway.

The 2013 Arkansas Razorbacks football team represented the University of Arkansas during the 2013 NCAA Division I FBS football season. The Razorbacks played their home games at Donald W. Reynolds Razorback Stadium in Fayetteville and War Memorial Stadium in Little Rock, Arkansas. They played as a member of the Western Division of the Southeastern Conference.

The Valiant Navigator or The Brave Seafarer is a 1935 German comedy film directed by Hans Deppe and starring Paul Kemp, Lucie Englisch and Maria Krahn.

The Five Dollar Baby is a 1922 American silent comedy film directed by Harry Beaumont and starring Viola Dana, Ralph Lewis and Otto Hoffman. A family hock their baby to a pawnbroker for five dollars. 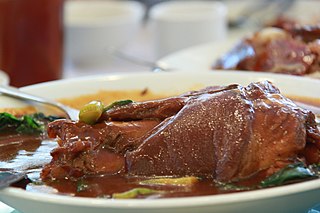