Among the brands that Silverman controlled included hotels and motels such as AmeriHost Inn, Days Inn, Howard Johnson's, Ramada, Super 8 and Travelodge; car rental operators such as Avis Rent a Car System and Budget Rent a Car; real estate brokerages such as Coldwell Banker, Century 21 Real Estate and Sotheby's International Realty; as well as Orbitz Worldwide.

Born to a Jewish family, [1] in Brooklyn, the son of the chief executive of commercial finance firm James Talcott Inc. [2] Silverman graduated with a B.A. from Williams College and then a J.D. from University of Pennsylvania Law School. [2] He served in the United States Navy Reserves and then practiced tax law. [2]

Silverman began his career in business as an assistant to Steve Ross, who was then assembling the future Warner Communications. Silverman had graduated from Williams College with a BA in Art History in 1961 and spent the following three years earning a JD from the University of Pennsylvania, where he graduated in 1964. Silverman left the job with Ross, which had been secured by Silverman's father, a well known businessman himself, to join White, Weld & Company an investment banking firm.

After a short stint in investment banking, Silverman pursued a number of entrepreneurial ventures in the late 1960s and through the 1970s. In 1984, Silverman joined Reliance Group Holdings, which was run by corporate raider Saul Steinberg. Silverman then served as president and CEO of Telemundo, the Spanish-language television network from 1986 through 1990. While at Reliance, Silverman acquired Days Inn, the US hotel chain in a $590 million deal. Silverman is estimated to have made a $125 million profit on the sale of Days Inn..

In 1990, Silverman accepted a position as partner at Blackstone Group, a private equity firm. However his tenure at Blackstone was cut short because of litigation between Prudential Insurance, one of Blackstone's largest investors, over a Steinberg deal in which Silverman had been involved. [3] In 1991, he left to head Hospitality Franchise Systems, an investment of Blackstone's that Silverman had overseen. He later build HFS into Cendant Corporation.

Building on his experience with Days Inn, while at Blackstone Silverman created Hospitality Franchise Systems (HFS) which would acquire a number of hotel franchises. Among Silverman's purchases were such brands as Ramada and Howard Johnson's as well as Days Inn, which he was able to buy for $290 million (almost half what he had sold it for) after the company had filed for bankruptcy in 1991. [4] Hospitality Franchise Systems went public in a 1992 IPO.

HFS was among the fastest growing companies of its size in the 1990s and the company's stock had risen from its IPO price of $4 per share to $77 per share by 1998. However, in 1998, Silverman led Cendant into what would prove a disastrous merger with CUC, a direct marketing company that operated Shoppers Advantage and Travelers Advantage (now part of Affinion Group. The $14 billion merger of HFS and CUC resulted in Cendant Corporation, which was formed in December 1997. Also, as part of the merger, Silverman announced he would reduce his day-to-day involvement with the company and assume the company's chairmanship in preference of CUC's founder and CEO Walter Forbes.

Silverman's compensation was the subject of scrutiny in 2004. In 2002, on the back of strong performance at Cendant, Silverman signed a 10-year contract that provided for medical benefits, office space as well as travel perks including a corporate airplane and a company car and driver. Of greater attention was the compensation Silverman received in 2003. Silverman's 2003 compensation was estimated at $60 million, which included $14 million in cash salary and bonus, $37 million in stock options and $4.6 million paid as premiums on a company funded life insurance policy.

In 2012, he remarried to his yoga instructor, Karen Hader, 30 years his junior. [9] He has a son, Casey (born 2010) with Hader. [9] Nancy received more than $150 million as well as their Upper East Side apartment and their home in Southampton [ clarification needed ] as part of the settlement. [9] Silverman tried to argue that he was an innate genius and that his wife played no part in earning his $450 million fortune. [13]

Days Inn is a hotel chain headquartered in the United States. It was founded in 1970 by Cecil B. Day, who opened the first location in Tybee Island, Georgia. The brand is now a part of the Wyndham Hotels and Resorts, headquartered in Parsippany, New Jersey, which used to be a part of Cendant. As of December 31, 2018, Days Inn includes 1,728 locations worldwide with 137,678 rooms. 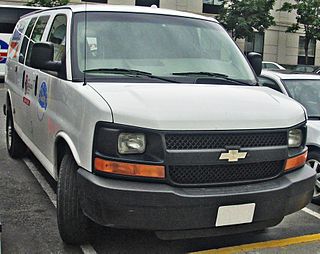 Budget Rent a Car System, Inc. is an American car rental company that was founded in 1958 in Los Angeles, California by Morris Mirkin. Budget's operations are headquartered in Parsippany, New Jersey. 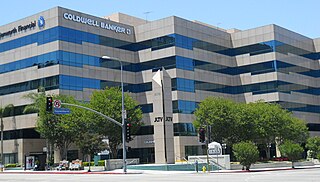 Coldwell Banker Real Estate LLC is an American real estate franchise owned by Realogy, with headquarters in Madison, New Jersey. It was founded in 1906 in San Francisco, and has approximately 3,000 offices in 49 countries and territories. It publishes an annual house price guide, Home Listing Report.

La Quinta Inns & Suites is a chain of limited service hotels in the United States, Canada, Mexico, and Honduras. La Quinta Holdings Inc first sold shares to the public in April 2014. La Quinta has headquarters in Irving, Texas. As of December 31, 2018, the company owns and operates 914 properties with 89,456 rooms.

Wyndham Hotels and Resorts is an international hotel and resort chain based in the United States. It has locations in China, Canada, Mexico, Colombia, Panama, Ecuador, Turkey, Germany, the UK, the Caribbean, the UAE, Indonesia, India, Saudi Arabia and Margarita Island in Venezuela. On June 1, 2018, Wyndham Worldwide spun-off Wyndham Hotels & Resorts as its own company, and Wyndham Worldwide was renamed Wyndham Destinations. As of December 31, 2019, it has 9,280 hotels, including two that are owned by the company. 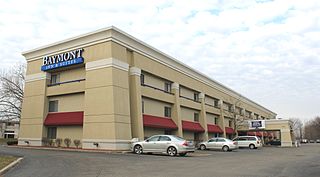 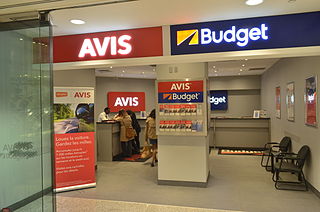 NRT LLC is a residential real estate brokerage company in the United States of America. A subsidiary of the Realogy Corporation, its headquarters are located in Madison, New Jersey. 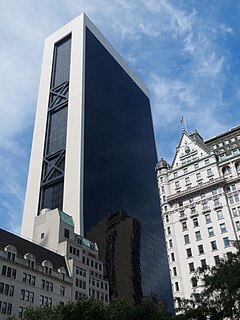 Apollo Global Management, Inc., is a global alternative investment manager firm. It was founded in 1990 by Leon Black, Josh Harris, and Marc Rowan. Apollo is headquartered in New York City, with additional offices across North America, Europe and Asia. The company's stock is publicly traded on the NYSE under the symbol 'APO'.

One Equity Partners is the private merchant banking arm of JPMorgan Chase, focused on leveraged buyout and growth capital investments in middle-market companies. Formed at Bank One in 2001, the group has offices in New York City, Chicago, Sao Paulo, Vienna, Hong Kong and Frankfurt. It manages approximately $10 billion of investments and capital commitments by JPMorgan Chase. In 2014, it was announced that J.P Morgan was to sell of half of its stake in One Equity Partners.