House Calls is an American sitcom that lasted three seasons and 57 episodes, from December 17, 1979 to September 13, 1982, on CBS television, produced by Universal Television and based upon the 1978 feature film of the same name.

British-born Ann Atkinson (Lynn Redgrave), as hospital administrator, had three unruly doctors to cope with, and the comedy arose from their interactions. Dr. Charley Michaels (Wayne Rogers) became the main problem for her, because of the romantic angle. She always pulled herself up short just before falling hopelessly in love with him. Dr. Solomon (Ray Buktenica) was junior to Dr. Michaels and was his pal, and he would counterbalance Dr. Michaels's headstrong ways, almost a double act. But elderly Dr. Weatherby (David Wayne) was senior to them all, close to retirement and with a mean streak, which meant that the others were often taking a rise out of the old fellow. The best he could do was to irritate Solomon by constantly getting his name wrong while going his own way.

Other characters who were part of the series were Head Nurse Bradley (Aneta Corsaut), a sympathetic and level-headed influence, Mrs. Phipps (Deedy Peters), a somewhat over-the-hill but enthusiastic candystriper, always forcing her good intentions upon unwilling patients, and Conrad Peckler (Mark L. Taylor), who was brought in as the arch villain of the piece to bring order to the hospital, hated by all.

During the last 13 episodes, after Ann had suddenly returned to England, her replacement was Jane Jeffries (Sharon Gless), who had a similar love/hate relationship with Dr. Michaels.

Lynn Redgrave was fired from the series, following the birth of her new child. She insisted on bringing her daughter to work, in part, because she wanted to be able to breast-feed the baby on schedule, but this was interpreted by the studio as holding out for more money, while being disruptive to shooting requirements. Redgrave sued Universal for breaking her existing contract, but never was rehired, and the suit was dismissed several years later.

The breast-feeding controversy was spoofed on Second City Television in a sketch titled Wet Nurse with Andrea Martin playing Redgrave as a nurse with gigantic breasts solving several crises at a hospital.

Universal replaced Redgrave with Sharon Gless, who was then under a 10-year contract with Universal, but previously excellent ratings suffered from the abrupt and clumsily-handled transition (Ann announced her departure in a letter read out loud by Charlie), and the series was ultimately cancelled by early 1982, despite still finishing the season in the Top 25.

Redgrave was nominated for an Emmy for Outstanding Lead Actress in a Comedy Series in 1981, and she and Wayne Rogers were also nominated for Golden Globes.

Vanessa Redgrave is an English actress and activist. Proclaimed as the "greatest actress of our time" by Tennessee Williams, Redgrave is the recipient of the Triple Crown of Acting, and was inducted to the American Theatre Hall of Fame, and received the BAFTA Fellowship in 2010.

William Wayne McMillan Rogers III was an American actor, known for playing the role of Captain "Trapper" John McIntyre in the CBS television series M*A*S*H and as Dr. Charley Michaels on House Calls (1979-1982).

Lynn Rachel Redgrave was a British–American actress. She won 2 Golden Globe Awards, was a two-time Oscar nominee and received Emmy and Tony nominations. 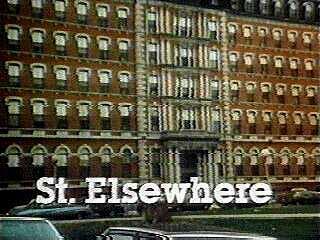 St. Elsewhere is an American medical drama television series created by Joshua Brand and John Falsey, that originally ran on NBC from October 26, 1982, to May 25, 1988. The series stars Ed Flanders, Norman Lloyd and William Daniels as teaching doctors at an aging, rundown Boston hospital who give interns a promising future in making critical medical and life decisions. The series was produced by MTM Enterprises, which had success with a similar NBC series, the police drama Hill Street Blues, during that same time. The series were often compared to each other for their use of ensemble casts and overlapping serialized storylines. 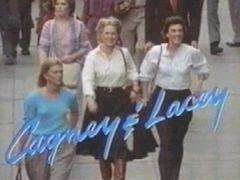 Cagney & Lacey is an American police procedural drama television series that aired on the CBS television network for seven seasons from March 25, 1982, to May 16, 1988. The show is about two New York City police detectives who lead very different lives: Christine Cagney is a career-minded single woman, while Mary Beth Lacey is a married working mother. The series is set in a fictionalized version of Manhattan's 14th Precinct. The pilot movie had Loretta Swit in the role of Cagney, while the first six episodes had Meg Foster in the role. When the show was revived for a full season run, Gless portrayed the role for six consecutive years. During those same six years, one of the two lead actresses won the Emmy for Best Lead Actress in a Drama, a winning streak matched only once since in any major category by a show. 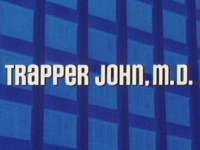 Trapper John, M.D. is an American medical drama television series and spin-off of the film M*A*S*H (1970). Pernell Roberts portrayed the title character, a lovable surgeon who became a mentor and father figure in San Francisco, California. The show ran on CBS for seven seasons, from September 23, 1979, to September 4, 1986. Roberts played the character more than twice as long as had Wayne Rogers (1972–75) on the TV series M*A*S*H. The role of Trapper John was played by Elliott Gould in the film. 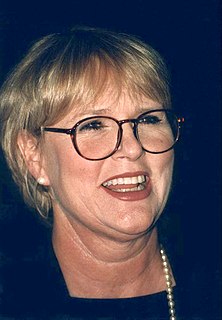 Sharon Marguerite Gless is an American actress, who is known for her television roles as Maggie Philbin on Switch (1975–78), Sgt. Christine Cagney in the police procedural drama series Cagney & Lacey (1982–88), the title role in The Trials of Rosie O'Neill (1990–92), Debbie Novotny in the Showtime cable television series Queer as Folk (2000–2005), and Madeline Westen on Burn Notice (2007–2013). A 10-time Emmy Award nominee and seven-time Golden Globe Award nominee, she won a Golden Globe in 1986 and Emmys in 1986 and 1987 for Cagney & Lacey, and a second Golden Globe in 1991 for The Trials of Rosie O'Neill. Gless received a star on the Hollywood Walk of Fame in 1995.

Owen Marshall, Counselor at Law is an American legal drama, jointly created by David Victor and former law professor Jerry McNeely, that starred Arthur Hill. The series was broadcast on ABC from 1971 to 1974. A two-hour pilot movie had aired as a 1971 ABC Movie of the Week entry prior to the series run. 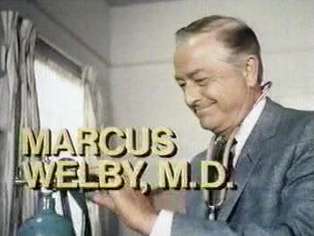 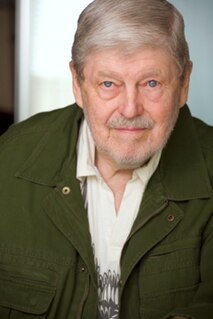 Ivan John Clark is an English actor, director, producer and writer. Clark is probably best known for his role as Just William in theatre and radio in the late 1940s and as the former husband of actress Lynn Redgrave, to whom he was married for 33 years. However, he established himself as a stage actor and director after moving to the United States in 1960, and became noted for directing plays featuring his wife in the 1970s beginning with A Better Place at Dublin's Gate Theatre (1973), then in America The Two of Us (1975), Saint Joan (1977–78), and a tour of California Suite (1976). In 1981, he co-directed the CBS television series House Calls, which Redgrave starred in alongside Wayne Rogers.

The Trials of Rosie O'Neill is an American drama television series which aired on CBS from September 17, 1990 to May 30, 1992. The show stars Sharon Gless as Fiona Rose "Rosie" O'Neill, a lawyer working in the public defender's office for the City of Los Angeles. The show marked the return of Gless to series television after her run on Cagney & Lacey.

Childrens Hospital is an American dark comedy television series and web series that parodies the medical drama genre, created by and starring actor/comedian Rob Corddry. The series began on the web on TheWB.com with ten episodes, roughly five minutes in length, all of which premiered on December 8, 2008. Adult Swim picked up the rights to the show in 2009 and began airing episodes in 2010. 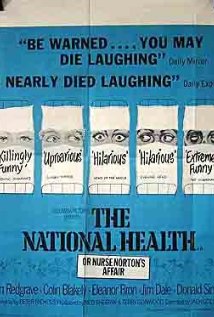 The National Health is a 1973 British comedy film directed by Jack Gold and starring Lynn Redgrave, Colin Blakely and Eleanor Bron. It is based on the play The National Health by Peter Nichols, in which the staff struggle to cope in a NHS hospital. The film satirically interweaves the story of the real hospital with a fantasy hospital which exists in a soap-opera world where all the equipment is new and patients are miraculously cured – although the only "patients" seen are doctors or nurses who are themselves part of the soap opera plots. In the real hospital, the patients die while the out-of-touch administrators focus on impressing foreign visitors. 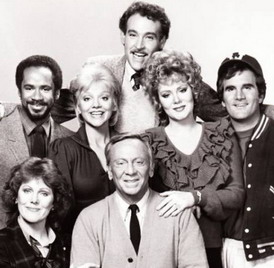 Teachers Only is an American sitcom on NBC that centered on the faculty of a Los Angeles high school who spent a lot of time in the teacher's lounge, where the students were not allowed. Following a short first season, the show was completely overhauled, with only stars Lynn Redgrave and Norman Fell returning.

Getting On is an American television comedy series based on the British series of the same name, created and written by Mark V. Olsen and Will Scheffer. The series aired on HBO from November 24, 2013, to December 13, 2015, for three seasons each containing six episodes. The show has garnered positive reviews from critics. It stars Laurie Metcalf, Alex Borstein, Niecy Nash, and Mel Rodriguez.