Last updated June 27, 2021
For the Got Talent international franchise, see Got Talent.

Hungary's Got Talent is the Hungarian version of the Got Talent franchise, broadcast from 10 October 2015 on RTL Klub.

The original judging panel consisted of Márkó Lincényi, Patrícia Kovács, Eszter Horgas and Imre Csuja. The show was originally hosted by Balázs Sebestyén and István Dombóvári. There has been one winner of the show to date: Dirty Led Light Crew The talent show consists of auditions, 3 semi-finals and a final. You can sign up for the program from the age of 4 without any genre binding to any event.

During the selections, there are four red and one golden buzzer(s) on the jury's table. The jury members may press the red button during any performance if a competitor is rewarded with a red button by all four jury members, then the competition ends. The golden buzzer can only be pressed once by each jury member once a year, and once by the presenters, which 5 competitors get the golden buzzer, they automatically go to the final. The winning prize: 12 Million Huf. 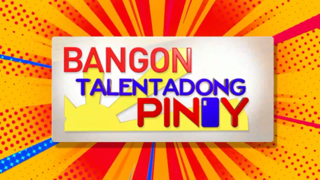 Talentadong Pinoy is a Philippine reality talent show broadcast by TV5. Hosted initially by Ryan Agoncillo in its first five seasons, within exception of seasons 6 and 7, the show is handled formerly by Robin Padilla and Mariel Rodriguez, it displays performances from singers, dancers, actors, musicians and comedians, to contortionists, impressionists, jugglers, ventriloquists and magicians. Contestants are allowed to perform any act they want. One difference to the Got Talent series is that the judges give their opinions on the performance of the performer and grades only 50% of the final score while the jury also grades 50% of the score to determine the winner. Its recent season aired every Saturday at 8 p.m. (PST).

Pilipinas Got Talent (PGT) is a Philippine reality talent competition show on ABS-CBN that began on February 20, 2010. It is based on the Got Talent franchise, a British TV format conceived and owned by Simon Cowell's SYCO company. "Pilipinas" is the Filipino word for Philippines. Anyone can join and showcase their talents in the audition. At the sound of four buzzers from the judges, the auditionees are asked to stop their act. With at least three yes from the judges, they are automatically in the list for Judges Cuts, where judges have to pick only 36 acts that will move to the semi-finals. Acts will compete against each other in order to gain the audience support to win the prize money and the title of Pilipinas Got Talent.

SA's Got Talent (also known as South Africa's Got Talent or shorten to SAGT) was a South African television ahow that aired on e.tv and part of the Got Talent series. It was presented by Mo Mahlangu, popularly known as Tol Ass Mo. Singers, dancers, comedians, variety acts, and other performers competed against each other for audience support. The winner of each series received R500,000. The first series of the talent show began on 1 October 2009 and was broadcast weekly with a live semi-finals and final on 12 November 2009.

Ellada Eheis Talento is a Greek reality television series and is part of the Got Talent multinational franchise. It premiered in Greece for the first time on 23 March 2007 and ended after 4 seasons on 25 June 2012 on the ANT1. On 1 October 2017 the show came back with the fifth season and for the first time from Skai TV, ended after 2 seasons on 16 December 2018. On 2021 the show will return again on ANT1.

Mam talent! is the Polish version of the Got Talent series. The aim of the program is to choose the most talented person from people showing their talents. The winner of the show in the first series got €100,000, in the second and third series – 300,000 złotys. Prizes for people from the second and third place are chosen by producers of the shows. The show is hosted by Marcin Prokop and Michał Kempa, and the judges are Agnieszka Chylińska, Małgorzata Foremniak and Jan Kliment.

The eighth series of British talent competition programme Britain's Got Talent was broadcast on ITV, from 12 April to 7 June 2014; because of England's international friendly with Peru, the show took a break on 30 May to avoid clashing with live coverage of the match. Auditions were held in Northern Ireland instead of Scotland for this series, with hosts Anthony McPartlin and Declan Donnelly having to stand in for Simon Cowell, after illness forced him to be absent during a day of auditions. It was also the first series in the show's history to have a buzzer used during the live final, and was the first to include the "Golden Buzzer" – a format introduced to the programme, which had begun to appear within the Got Talent franchise since it was first introduced on Germany's Got Talent in 2012.

The first season of Asia's Got Talent (AGT) started airing on March 12, 2015, across 15 countries in Asia, culminating to a grand final airing nine weeks later on May 14, 2015. It featured a grand prize of US$100,000 and an opportunity to perform at the Marina Bay Sands.

Ireland's Got Talent is the Irish version of the international Got Talent franchise. The series launched on 3 February 2018 on Virgin Media One and was hosted by Lucy Kennedy, accompanied by a sister show entitled Ireland's Got Mór Talent presented by Glenda Gilson and James Kavanagh.

The fifth season of Pilipinas Got Talent is a talent show on ABS-CBN. The show premiered on January 23, 2016, replacing the temporary weekend block Kapamilya Weekend Specials, which temporarily filled the timeslot of second season of Your Face Sounds Familiar after it ended on December 13, 2015. It was originally aired at 9:30 PM, however, after Dance Kids ended, it was moved to an earlier timeslot of 7:30 PM to give way for I Love OPM.

Cambodia's Got Talent is a Cambodian televised talent competition, and is part of the global Got Talent franchise created by Simon Cowell. The program premiered on Hang Meas HDTV on 30 November 2014 and is presented by Nhem Sokun and Per Chamrong. 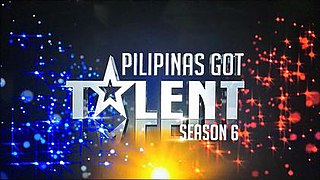 The sixth season of Pilipinas Got Talent is a talent reality competition that aired on ABS-CBN from January 6 to April 29, 2018, replacing Little Big Shots Philippines. It aired on Saturdays at 7:00 p.m. and Sundays at 7:30 p.m. (PST). In March 2020, the season temporarily returned to air on Sundays, filling the second half timeslot of The Voice Teens, due to the Enhanced community quarantine in Luzon done in response to the COVID-19 pandemic in the Philippines. However, the re-runs were abruptly cut after ABS-CBN was forced to indefinitely stop operations.

Sri Lanka's Got Talent is a Sri Lankan television talent show which started in 2017 and originated from the Got Talent franchise. It is a Stein Studios production and will be aired on Sirasa TV. Contestants of any age, who possess some sort of talent, can audition for the show, with their performance judged by a panel of judges; the current lineup consists of Jackson Anthony, Soundarie David Rodrigo and Tillakaratne Dilshan. Those that make it through the auditions compete against other acts in a series of quarterfinals, and then the semifinals. Three acts are chosen in each quarterfinal by the judge board to move on to the semifinals.

The twelfth series of British talent competition programme Britain's Got Talent was broadcast on ITV, from 14 April to 3 June 2018. For this series, the live episodes were broadcast from Hammersmith Apollo, and presented by Declan Donnelly only; while Anthony McPartlin suspended his TV commitments on 19 March 2018, he still appeared in the audition episodes as these had already been filmed in January and February earlier that year. Compared to previous years, this series featured a higher number of participants for the judges to select semi-finalists from, not counting those who received the Golden Buzzer, and saw the return of the Judges' Vote to the show's format.

America's Got Talent: The Champions is a spin-off of America's Got Talent, a televised American talent show competition, created by Simon Cowell. The program is produced by Fremantle for the NBC television network, and first premiered on January 7, 2019. The program functions similar to AGT, but involves a variety of participants taken from across both AGT and the Got Talent franchise – including winners, finalists, live round participants and other notable entries – who compete against each other to secure a place in a grand final, in which the winner receives a cash prize and the title of America's chosen "World Champion" within Got Talent.

Zurcaroh is an acrobatic show group based in Götzis, Vorarlberg (Austria), and directed by Brazilian choreographer Peterson da Cruz Hora. The group became internationally known after they won a golden buzzer on the 2017 season of France's Got Talent and again in 2018 on season 13 of America's Got Talent, when they finished second overall.

East Africa's Got Talent is a talent show competition that is part of the Got Talent franchise owned by Simon Cowell. It broadcasts simultaneously across four countries in East Africa: Kenya, Tanzania, Uganda and Rwanda.

V. Unbeatable is a Mumbai-based dance crew. They rose to fame in India when they took part in the dance series Dance Plus for season 4 in 2018 and finished in the top 4. They received international coverage when they took part in season 14 of America's Got Talent and received a Golden Buzzer from basketball player and guest judge Dwyane Wade.