The Information Center for Israeli Art is the largest collection of primary resources documenting the history of the Israeli art in Israel. Over 12,000 artists files are housed in the Center in the Israel Museum, Jerusalem. 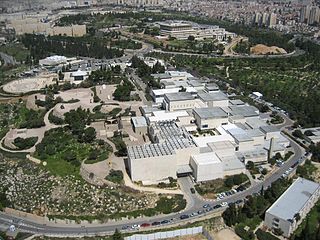 The Israel Museum was established in 1965 as Israel's foremost cultural institution and one of the world’s leading encyclopaedic museums. It is situated on a hill in the Givat Ram neighbourhood of Jerusalem, adjacent to the Bible Lands Museum, the Knesset, the Israeli Supreme Court, and the Hebrew University of Jerusalem.

As a research center within the Israel Museum, the Information Center for Israeli Art houses materials related to a broad variety of Israeli visual art and artists. All regions of the country and numerous eras and art movements are represented. In addition to the papers of artists, the Center collects documentary material from art galleries, art dealers, and art collectors. It also houses a collection of over 700 Israeli art-related videos and publishes a selection of over 5,800 Israeli artist biographies online.

The Information Center reopened in June 2011, after extensive museum renovations. The Center offers its visitors a wealth of material collected since 1975, now easily accessible through the computerized information system. Center visitors from all around the world can enjoy services providing them with digital information by email.

The Information Center for Israeli Art documents and catalogs information about Israeli artists and their work from the very beginning of Israeli art till today. The center encompasses over 12,800 artists – painters, sculptors, photographers, graphic designers, industrial designers, ceramicists, silversmiths and more. The material in the Center is collected into artist files, for prominent and well-known artists as well as those who have not been widely exhibited. The database and artist files include biographical information, newspaper clippings and articles regarding art shows in Israel and abroad, invitations to exhibitions, films, slides, catalogs and photographs or artwork.

The Information Center for Israeli Art contains important and unique collections from many galleries and artists. One example of this is the Debel Gallery Archives. The Debel Gallery was established in 1973 in Jerusalem. Since January 2007 the Debel Gallery Archive is housed within the Information Center for Israeli Art at the Israel Museum, Jerusalem. It includes background material, exhibition histories, photos of invitations from 1973 to 1990, recordings of interviews with artists, correspondence with artists, and much more. An additional collection of rich visual material documenting Israeli art is the Israel Zafrir Photographer Archive, containing over 10,000 photographs of Israeli artwork and artists. The Gabriel Talphir Archive consists of letters and photographs sent by artists to the well known art critic and author. The Nahum Zolotov Archive, also found in the Center, contains sketches and notations from the renowned Israeli architect. The Frank E. van Raalte Film Archive contains over 100 films interviewing Israeli artists. The Bat Sheva and Yitzhak Katz Archive contains personal writings and letters of artists including Sionah Tagger, Israel Paldi and Arieh Lubin. The Artifact Gallery [1] Archive contains exhibitions and artists files including Nahum Tevet, Philip Rantzer and Diti Almog. In addition, the Max (Mordechai) Farbmann and the Jakob Eisenscher Archives include photographs, letters and newspaper articles about these Israeli artists.

Israel Zafrir was an Israeli photographer. Zafrir is considered one of the founding fathers of modern documentary photography in Israel.

As of January 2010, new information received by the Information Center for Israeli Art is filed digitally. In 2011, the Center database had been enriched with over 25,000 newspaper articles, and the number of exhibitions documented in the Center surpassed 15,000. The Center website offers bilingual information on 5800 selected Israeli artists and includes a short biography, thousands of Israeli works of art from the Israel Museum collection and other art collections from around the world as well as a comprehensive list of exhibitions for each artist.

Visual arts in Israel refers to plastic art created in the Land of Israel/Palestine region, from the later part of the 19th century until today, or art created by Israeli artists. Visual art in Israel encompasses a wide spectrum of techniques, styles and themes reflecting a dialogue with Jewish art throughout the ages and attempts to formulate a national identity.

The Museum of the Jewish People at Beit Hatfutsot is located in Tel Aviv, Israel, at the center of the Tel Aviv University campus in Ramat Aviv.

The Central Zionist Archives is the official archives of the institutions of the Zionist Movement: the World Zionist Organization, the Jewish Agency, the Jewish National Fund, and Keren Hayesod/the United Israel Appeal as well as the archives of the World Jewish Congress. The CZA preserves the files created in the course of the activities of these bodies and the secondary bodies created by them. In addition, the Central Zionist Archives holds the files of the institutions of the Jewish population in Palestine before the establishment of the State of Israel.

The Skirball Cultural Center is an educational institution in Los Angeles, California devoted to sustaining Jewish heritage and American democratic ideals. It has been open to the public since 1996. The Center, named after philanthropist-couple Jack H. Skirball and Audrey Skirball-Kenis, features a museum with regularly changing exhibitions, film events, music and theater performances, comedy, family, literary and cultural programs. The campus includes a museum, a performing arts center, conference halls, classrooms, libraries, courtyards, gardens, and a café.

Yocheved (Juki) Weinfeld is an artist, museum educator and developer of interactive exhibitions for children. She studied at the Tel Aviv University and the State Art Teacher's College (Israel); at the Hebrew University of Jerusalem (Israel); and at the Michaelis School of Art at the University of Cape Town.

The Museum of Contemporary Art of Georgia is a contemporary art museum located in Atlanta. The museum collects and archives hundreds of contemporary works by Georgia artists. MOCA GA fulfills its mission through an exhibition schedule, increasing its permanent collection, and the Education/Resource Center, which houses the museum's historical archive collection. 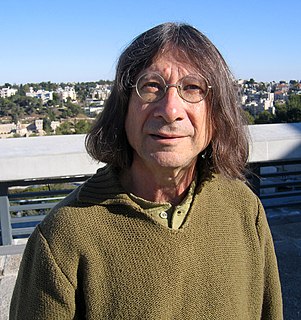 Joshua (Shuky) Borkovsky is an award-winning Israeli artist who lives and works in Jerusalem.

Mirit Cohen was a Russian-born Israeli artist. Cohen resided in New York City from 1975. In 1990, she committed suicide.

Shmuel Levi was an Israeli painter.

Khen Shish is an Israeli painter and installation artist.

The Brooklyn Museum Libraries and Archives holds approximately 300,000 volumes and over 3,000 linear feet of archives related to the history of the museum and its collections. The library collections comprise books, periodicals, auction catalogs, artist and institutional files as well as special collections containing photographs, sketches, artists' books, rare books and trade catalogues. The museum archives contains institutional records, curatorial correspondence, expedition reports, and other related textual and visual records dating to the founding of the institution. 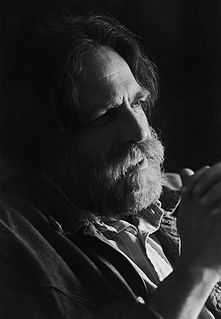 Michael Sgan-Cohen was an Israeli artist, art historian, curator and critic. His oeuvre touches different realms of the Israeli experience and the Hebrew language, displaying a strong connection to the Jewish Scriptures. His works were nurtured by his extensive knowledge of Art history, philosophy, Biblical Texts, Jewish thought and Mysticism, which in turn illuminated all these pursuits. His engagement with Judaism and the Bible as a secular scholar and his vast knowledge of modern and contemporary art contributed to the development of a distinctive approach which combined Jewish and Israeli symbols and images to create a multilayered and contemporary artistic language.