The Institute of Sonology is an education and research center for electronic music and computer music based at the Royal Conservatoire of The Hague in the Netherlands.

The institute was founded at the University of Utrecht in 1960 under the name STEM ("Studio for Electronic Music") as a successor to the former studio for electronic music at Philips Research Laboratories in Eindhoven. In 1964, Gottfried Michael Koenig became the studio's artistic director. The studio grew under Koenig's leadership, and in 1966 an annual international electronic music course was founded which exists to this day. [1]

In 1967 STEM was renamed as the "Institute of Sonology". International attention increased in 1971 with the purchase of a PDP-15 computer which was used to develop programs for algorithmic composition and digital sound synthesis. [2] During the early years of the institute a series of landmark programs were developed there, including Koenig's Project 1, Project 2, [3] and SSP, [4] Paul Berg's PILE, [5] Werner Kaegi's MIDIM/VOSIM, [6] and Barry Truax's POD. [7]

In 1986, the institute was moved to the Royal Conservatory of The Hague, hosting the International Computer Music Conference there during its inaugural year. [8]

Sonology is a neologism used to describe the study of sound in a variety of disciplines.

Clarence Barlow is a composer of classical and electroacoustic works.

Poème électronique is an 8-minute piece of electronic music by composer Edgard Varèse, written for the Philips Pavilion at the 1958 Brussels World's Fair. The Philips corporation commissioned Le Corbusier to design the pavilion, which was intended as a showcase of their engineering progress. Le Corbusier came up with the title Poème électronique, saying he wanted to create a "poem in a bottle". Varèse composed the piece with the intention of creating a liberation between sounds and as a result uses noises not usually considered "musical" throughout the piece. 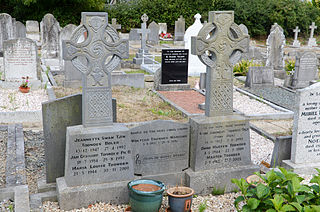 Makoto Shinohara is a Japanese composer.

The Philips Pavilion was a World's Fair pavilion designed for Expo '58 in Brussels by the office of YAK. Commissioned by electronics manufacturer Philips from architect Le Corbusier, the pavilion was designed to house a multimedia spectacle that celebrated postwar technological progress. Because Le Corbusier was busy with the planning of Chandigarh, much of the project management was assigned to Iannis Xenakis, who was also an experimental composer and was influenced in the design by his composition Metastaseis. 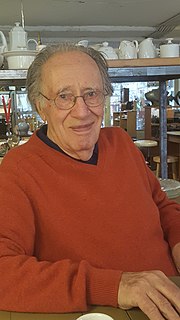 Jan Boerman was a Dutch composer who specialised in electronic music from 1959. He was born in The Hague. The Delft Polytechnic in Utrecht, from which the Institute of Sonology was developed, housed the first electronic music studio in the Netherlands after the Philips laboratory in Eindhoven, which was not generally open to composers.

Igor Lintz Maués; also spelled Igor Lintz-Maues; is a composer and sound artist born December 8, 1955 in São Paulo, Brazil, and since the end of the 1980s living in Vienna, Austria.

Artikulation is an electronic composition by György Ligeti. Composed and notated in January and February 1958, the piece was prepared and recorded on magnetic tape from February to March with the assistance of Gottfried Michael Koenig and Karlheinz Stockhausen's assistant, Cornelius Cardew, at the Studio for Electronic Music of the West German Radio (WDR) in Cologne. The piece consists of various types of sounds, "in conditions of aggregation." It "can be heard as a conversation without words." Ligeti explains in notes to the listening score :

The piece is called 'Artikulation' because in this sense an artificial language is articulated: question and answer, high and low voices, polyglot speaking and interruptions, impulsive outbreaks and humor, charring and whispering.