An intermediate school district, in the United States, is a term used by some states to classify a special agency that operates outside the traditional charter of a school district. The specific role of these agencies varies by state.

In Michigan, an intermediate school district (also known as an educational service agency) is a government agency usually organized at the county or multi-county level that assists a local school district in providing programs and services. [1] Those services and programs include teacher education, enhancing education for very young or disenfranchised youth, providing resources for curriculum development, and training in new technologies. [2] They collect data for the Michigan Department of Education, [1] and act as liaisons to the State of Michigan government. [2] An intermediate school district has a board of education chosen by a group of electors with one member from each local school district's board of education. [3] Additionally, they may recommend a merger of school districts to the Michigan State Board of Education. [4]

Central Susquehanna Intermediate Unit #16 (CSIU), located in the Milton Industrial Park, Milton, Pennsylvania, was created by the Pennsylvania General Assembly in 1971 as one of 29 Intermediate Units in the commonwealth. Intermediate units serve a given geographic area's educational needs and function as a step of organization above that of a public school district, but below that of the Pennsylvania Department of Education. The state's goal is for IU's to meet student and community needs in a cost-effective manner by providing services best offered on a regional basis such as special education, technical education, services to public and nonpublic schools. IN 2016-17 the CSIU16 budget is $76.7 million for programs and services and $1,073,846 General operating budget.

The Florida College System, previously known as the Florida Community College System, comprises 28 public community colleges and state colleges in the U.S. state of Florida. In 2013-14, enrollment consisted of more than 813,000 students. Together with the State University System of Florida, which includes Florida's 12 public four-year universities, it is part of Florida's system of public higher education. 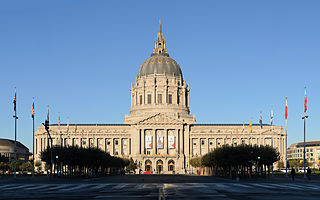 California has an extensive system of local government that manages public functions throughout the state. Like most states, California is divided into counties, of which there are 58 covering the entire state. Most urbanized areas are incorporated as cities, though not all of California is within the boundaries of a city. School districts, which are independent of cities and counties, handle public education. Many other functions, especially in unincorporated areas, are handled by special districts, which include municipal utility districts, transit districts, health care districts, vector control districts, and geologic hazard abatement districts.

The Livingston Educational Service Agency (LESD) is an intermediate school district in Michigan, headquartered in Howell.

The Washtenaw Intermediate School District is an intermediate school district in Michigan, headquartered in Ann Arbor.