The International Scouting Collectors Association (ISCA) was established in 2001 as a non-profit group interested in furthering the education of scouting through the trade and display of memorabilia and history of the BSA and Scouting. The ISCA states that [their] "primary purpose is to educate the membership and others regarding Scouting memorabilia and promotion of the ISCA Ethics." [1]

The history of the ISCA originated with the American Scouting Traders Association (ASTA) and the National Scouting Collectors Society (NSCS) organizations who worked together to help further the knowledge of scouting memorabilia, and thus the history of supporting young people in their physical, mental and spiritual development. At a 1953 National Jamboree, a group of scouts organized a newsletter called The Trader. Mike Diamond became the first editor, and volunteers help ensure the integrity of scouting memorabilia with its publications.

On the west coast of the United States, a group of traders established the California Traders Association (CTA) to further promote the collaboration between traders and collectors during a 12-D conference [lower-alpha 1] . The CTA went through several name changes and incarnations through the early and mid 1970s, before becoming known as the American Scouting Traders Association (ASTA) in 1985. The ASTA began attending the National Order of the Arrow Conferences [lower-alpha 2] in 1990, and by 1994 they boasted over 1000 strong in membership.

Now that the ASTA and NSCS have merged to form the ISCA they have over 1500 members, and a presence in all 50 states, as well as 11 countries worldwide. [2] 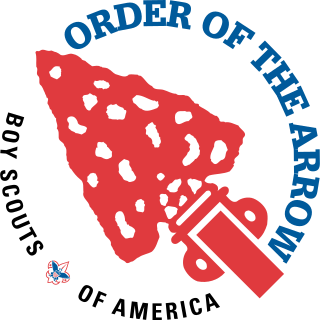 The Order of the Arrow (OA) is the National Honor Society of the Boy Scouts of America (BSA), composed of Scouts and Scouters who best exemplify the Scout Oath and Law in their daily lives as elected by their peers. The society was created by E. Urner Goodman, with the assistance of Carroll A. Edson, in 1915 as a means of reinforcing the Scout Oath and the Scout Law. It uses imagery commonly associated with American Indian cultures for its self-invented ceremonies. These ceremonies are usually for recognition of leadership qualities, camping skills, and other scouting ideals as exemplified by their elected peers. 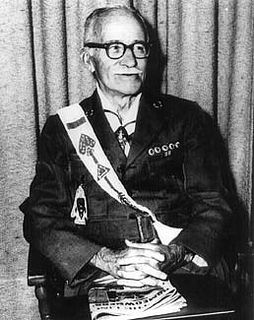 There have been American Scouts overseas since almost the inception of the movement, often for similar reasons as the present day. Within the Boy Scouts of America (BSA), these expatriate Scouts are now served by two overseas Councils and the Direct Service program. Within the Girl Scouts of the USA, the USAGSO serves such a purpose.

The history of merit badges in the Boy Scouts of America (BSA) has been tracked by categorizing them into a series of merit badge types. In addition to the Boy Scouts of America, many other Scouting and Scouting-like organizations around the world, such as Pathfinders, Baden-Powell Scouts and Royal Rangers, issue merit badges or their equivalent; though they are sometimes called honors or proficiency badges. Other organizations, such as fire brigades, issue badges or awards that they refer to as merit badges, but that are in some respects different from the badges awarded by the BSA. 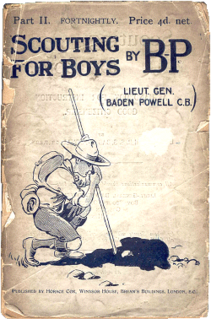 Scouting memorabilia collecting is the hobby and study of preserving and cataloging Boy Scouting and Girl Guiding items for their historic, aesthetic and monetary value. Since collecting depends on the interests of the individual collector, the depth and breadth of each collection varies. Some collectors choose to focus on a specific subtopic within their area of general interest, for example insignia issued prior to the 1970s Boy Scouts of America requirement that all insignia have either the fleur-de-lis or the acronym BSA; or only the highest ranks issued by each nation. Others prefer to keep a more general collection, accumulating any or all Scouting merchandise, or Scouting stamps from around the world.

Lone Scouts of America (LSA) was a Scouting organization for American boys that operated from 1915 until it merged with the Boy Scouts of America (BSA) in 1924. The LSA was founded by W. D. Boyce, publisher of the Chicago Ledger and the Saturday Blade and one of the founders of the BSA. Boyce felt that the program of the BSA did not help the rural boy who could not find enough other boys to form a troop or a patrol. James E. West, the first Chief Scout Executive of the BSA, disagreed with Boyce's concept, believing that the 4-H program was fulfilling the role. After Boyce left the BSA, he started the Lone Scouts of America and incorporated it on January 9, 1915. Boyce became the executive officer or Chief Totem and Frank Allan Morgan became the editor of The Lone Scout. In October 1915, Boyce appointed all of his paperboys as members of the LSA and published the first issue of The Lone Scout magazine.

Bradley E. Haddock was a corporate lawyer from Wichita, Kansas and served as the executive vice president, general counsel, and secretary of Koch Chemical Technology Group, LLC, a wholly owned subsidiary of Koch Industries, Inc. until January 2009. Koch is the largest privately held company in the United States. During his distinguished career at Koch, Haddock served as lead counsel for several key businesses, including Koch's refining, chemicals, and asphalt businesses, and the group of 10 global manufacturing and engineering businesses that became Koch Chemical Technology Group, LLC. While at Koch, he led or significantly participated in more than 70 domestic and international acquisitions.

Asta may refer to: 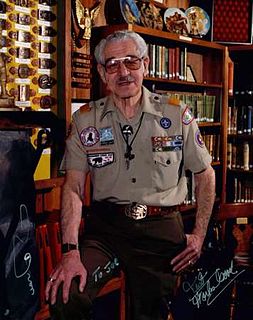 Max I. Silber was an American businessman from New Hampshire who through his philanthropic works became not only a formative figure for Boy Scouting in New Hampshire, but a distinguished citizen of his home state. A devout Jew, Silber was an active supporter of religious Scouting programs, and was distinguished not just by the Jewish Committee of Scouting, but by the Roman Catholic Committee on Scouting as well. Perhaps the most famous endeavor of Silber's was the development of his "friendship gifts" which were most commonly belt buckles made of bronze. These buckles have evolved into popular Scouting collectibles. 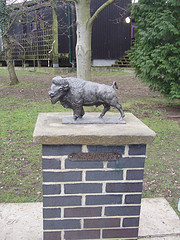 The 'Unknown Scout' was an anonymous member of The Boy Scout Association in the United Kingdom whose good turn inspired William D. Boyce to form the Boy Scouts of America (BSA).

Edward Leslie Rowan is a retired psychiatrist, sex therapist, active author, and Scouting leader from Exeter, New Hampshire. He has been associated with the Boy Scouts of America (BSA) for over 50 years and is a recipient of the Distinguished Eagle Scout Award (DESA) from the BSA in 1992.

It is important to distinguish between awards,honors, and membership levels in the Order of the Arrow – the honor camping society of the Boy Scouts of America. The Founder's Award, the Red Arrow Award, and the Distinguished Service Award are all awards. Any of the awards of the Order of the Arrow (OA) may be presented to an individual regardless of which membership level he or she has achieved. The Vigil Honor may only be presented to Brotherhood Members.

A commodity trading advisor (CTA) is US financial regulatory term for an individual or organization who is retained by a fund or individual client to provide advice and services related to trading in futures contracts, commodity options and/or swaps. They are responsible for the trading within managed futures accounts. The definition of CTA may also apply to investment advisors for hedge funds and private funds including mutual funds and exchange-traded funds in certain cases. CTAs are generally regulated by the United States federal government through registration with the Commodity Futures Trading Commission (CFTC) and membership of the National Futures Association (NFA).