Jannik Johansen (born 1965) is a Danish film director and screenwriter. He began film-making at Per Holst Film in the late 1980s, thereafter directed and edited television productions and short fiction. He wrote and directed a number of short fiction films, including fiction A Quiet Death, awarded by the National Art Fund. Johansen's feature film début and the box-office hit, Stealing Rembrandt (2003), was nominated on Bodil Awards and Robert Awards, and won Best Acting Ensemble for the male leads at Courmayeur Film Noir Festival in Italy. Later, Murk (2005) and White Night (2007) followed. [1] 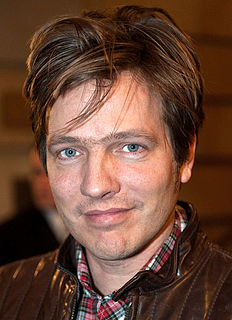 Thomas Vinterberg is a Danish film director who, along with Lars von Trier, co-founded the Dogme 95 movement in filmmaking, which established rules for simplifying movie production. He is best known for the films The Celebration (1998), Submarino (2010), The Hunt (2012), Far from the Madding Crowd (2015), and Another Round (2020). For Another Round, he was nominated for the Academy Award for Best Director and won the Academy Award for Best International Feature Film, the former became the first Danish filmmaker nominated for Best Director.

David Roger Johansen is an American singer, songwriter and actor. He is best known as a member of the seminal proto-punk band the New York Dolls. He is also known for his work under the pseudonym Buster Poindexter, and for playing the Ghost of Christmas Past in Scrooged. 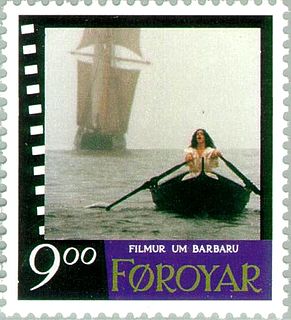 The cinema of the Faroe Islands does not have a long history. 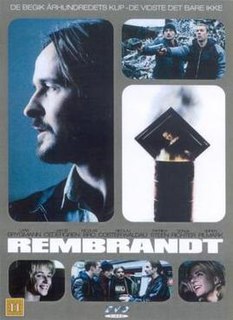 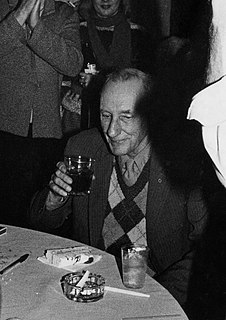 Week-end is a 1935 Danish film directed by Lau Lauritzen Jr. and Alice O'Fredericks.

Fine & Mellow Productions is a production company based in Copenhagen, Denmark. It is owned by Thomas Gammelgaard (66%) and Nordisk Film (34%), and produces both feature films and television drama.

Caroline Sascha Cogez is a Danish-French director/writer whose short films include fiction, documentary, commercials and music promos. Cogez is educated from the Danish independent film school super16 and she has studied sociology at Roskilde University.

Cinema in Qatar is a relatively young industry that evolved as part of the country’s plans to develop different local sectors with the aim of accumulating international recognition and status. Many major steps were taken to implement a long-term plan to develop the infrastructure as well as giving opportunities to local talents to have a platform that establishes their presence within the film industry with the support of the Doha Film Institute, and their various grants, workshops and festivals. The Qatar National Vision 2030 has three major pillars to development: human, social economic and environmental; this vision provides frameworks that enable the development of different elements within Qatar and its society; one of which is the high importance put on developing and cultivating artistic talents to represent and define Qatar on a global scale. Another important element in developing the movie industry is the influence and vision of Sheikha Al Mayassa who founded Doha Film Institution; the establishment of film as a mode of storytelling was imperative because it serves the purpose of granting Qatar a global presence through the talents that are supported and cultivated because of her initiative. The film industry plays a role in amplifying the Qatari national identity alongside the identity of the Arab world as a whole.