Joe Hill may refer to:

Eponyms of the activist

Joe or Joseph Jackson may refer to:

Joseph or Joe Greene may refer to:

M(a)cLaughlin is the most common Anglicized form of Mac Lochlainn, a masculine surname of Irish origin. The feminine form of the surname is Nic Lochlainn. The literal meaning of the name is "son of Lochlann". Note that Mc is simply a contraction of Mac, which is also truncated to M' . Thus, MacLaughlin, McLaughlin and M'Laughlin are the same Anglicism, the latter two merely contractions of the first.

Mullen is a surname of Irish and Scottish origin. Notable people with the surname include:

Cronin, derived from the Irish surname Ó Cróinín which originated in County Cork, and the Old Irish word crón, meaning saffron-colored. The Cronin family have been prominent in politics and the arts in Ireland, the United States, Australia and the United Kingdom since the nineteenth century.

McCann is an Irish surname derived from Mac Cana, meaning "son of Cana". The Irish personal name Cana literally means "wolf cub", and was a term for a young warrior. The Mac Cana were a Gaelic Irish clan who held the lands of Clancann and Clanbrassil, together known as Oneilland, in what is now northern County Armagh. The surname is strongly associated with that part of Ulster.

Nolan is both a surname and a given name, of Irish origin from Ó Nualláin. Notable people with the name include:

Conroy is an Irish surname. 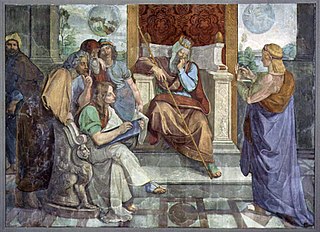 Joseph is a common masculine given name, derived from the Hebrew Yosef. The form "Joseph" is used mostly in English, French and partially German-speaking countries. This spelling is also found as a variant in the Nordic countries. In Portuguese and Spanish, the name is "José". In Arabic, including in the Quran, the name is spelled يوسف Yūsuf. In Persian, the name is "Yousef".

Hill is a surname of English origin, meaning "a person who lived on a hill". It is the 36th most common surname in England and 37th most common in the United States.

Shaun is a masculine given name, an anglicized spelling of the Irish name Seán. Alternative spellings include Shawn, Sean and Shawne. Shaun in Kurdish language means shepherd.

Joe Thomas may refer to:

King is an English and Scottish surname.

Mark or Marc Hill may refer to:

O'Keefe is a surname of Irish origin. People with that name include:

Joseph, Joe or Joey Ryan may refer to:

Hudson is an English surname. Notable persons with the surname include:

Maguire is an Irish surname from the Irish language Mag Uidhir, which is "son of Odhar" or "son of the dun or pale coloured one". According to legend, the eleventh in descent from Colla da Chrich, great-grandson of Cormac mac Airt, monarch of Ireland about the middle of the third century. From the 13th to the 17th centuries, the Maguires were kings of Fermanagh.