Last updated January 27, 2021
Spanish actor
In this Spanish name, the first or paternal surname is Echanoveand the second or maternal family name is Labanda.

At Gijón International Film Festival in 2002, he received the Nacho Martinez Award. [1] 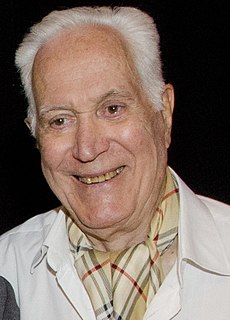 Edesio Alejandro Rodríguez Salva, born on March 28, 1958, is one of Cuba's most renowned composers of electronic music for films. He has composed music for theatre plays, TV, and movies; as well as several concert compositions. Many of them experimental, using synthesizers and mixing together actors, dancers, and musicians in unusual line-ups (1).

The Goya Award for Best Supporting Actor is an award presented annually by the Academy of Cinematographic Arts and Sciences of Spain. It is given in honor of an actor who has delivered an outstanding supporting performance in a film. 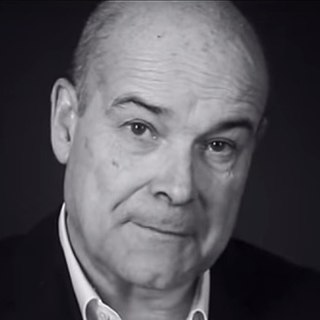 Antonio Fernández Resines, known professionally as Antonio Resines, is a Spanish film and television actor, best known for his performance in comedy films and series. 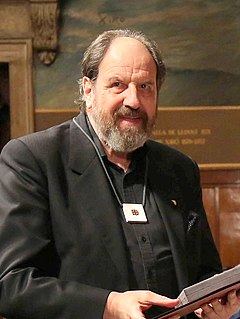 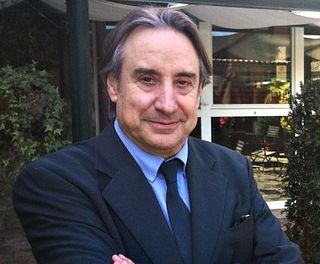 Juanjo Puigcorbé is a Spanish actor. He has appeared in over 100 films and television shows since 1977. He starred in the 1993 film The Window Over the Way, which was entered into the 44th Berlin International Film Festival.

Café Gijón is a culturally significant coffeehouse situated at No. 21, in the principal boulevard of central Madrid, Spain, which is known as Paseo de Recoletos. The café is opposite both a railway station of the same name and the National Library of Spain (BNE). The terrace in front is on the central walkway of the Paseo.

Elia Galera is a Spanish actress and television presenter.

The Felipe Trigo Awards are annual literary honors created in 1981 on the initiative of the City Council of Villanueva de la Serena, Spain. On 24 November 1980, the Municipal Assembly agreed to institute it as a tribute to the writer Felipe Trigo, born in the city in 1864. 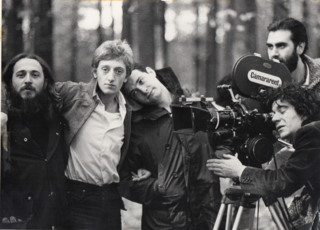