Julian Iantzi Mitxelena (born 1967 in California), is a TV presenter in the Basque Country.

In the 1960s, Iantzi's parents, Angel Iantzi and Txelo Mitxelena, emigrated from Lesaka in Spain to the United States, looking for a better lifestyle. They were there for about 23 years, thirteen years sheep farming and another ten years on a cattle ranch. Their three children were born in California and they lived in Dixon until they returned to Lesaka. Although the family made a good living in the US, they wanted to return to Lesaka because their family was there and the children had to be schooled.

When Iantzi was seven years old, he spoke only English Basque, something that makes him very sensitive to the euskaltzale movement in spreading the use of the Basque language.

Work in the media

Iantzi auditioned for a programme on EITB Euskal Telebista. Later, Canal 4 gave him his first break. Before going onto a set he had worked in administration, insurance and in the catering sector. He has presented numerous programmes across different television channels, but has undoubtedly become most well-known presenting different shows on EITB such as Basetxea, Begia gose, Sorginen laratza, La flecha amarilla and El conquistador del fin del mundo . He has also presented programmes about Basque communities in the United States.

In March 2007, he moved to national television, presenting the programme Brainiac on Cuatro. In summer 2008, he presented El muro infernal, the Spanish version of the successful format Hole in the wall of Fuji TV, on La Sexta.

His last job before returning to EITB was with Antena 3, as a moderator in Vaya par... de tres, a programme presented by María Patiño and Jesús Mariñas.

He returned to EITB to present new editions of El conquistador del fin del mundo , a show in which contestants have to deal with the toughest of conditions with the aim of placing a Basque flag on top of the lighthouse at the world's end - namely the Les Eclaireurs Lighthouse in Beagle Channel, Ushuaia, Argentina.

Standard Basque is a standardised version of the Basque language, developed by the Basque Language Academy in the late 1960s, which nowadays is the most widely and commonly spoken Basque-language version throughout the Basque Country. Heavily based on the central Basque dialect, it is the version of the language that is commonly used in education at all levels, from elementary school to university, on television and radio, and in the vast majority of all written production in Basque.

Gotzon Mantuliz Dudagoitia is a designer, model, TV commentator/presenter and winner of the 5th edition of the well known Spanish television show “El Conquistador del Fin del Mundo.” The show is broadcast on ETB2, the second television channel of Euskal Telebista (ETB), the Basque public television channel. Following his success, Dudagoitia started working as a commentator in the debate of “El Conquistador del Fin del Mundo”, called “El Conquis: La Aventura” and directed by Patxi Alonso, a Basque journalist. In 2015 he was premiered as a TV presenter with the program “Safari Wazungu”. He has also published a book called “Gotzon Mantuliz. Diario de un conquistador.” 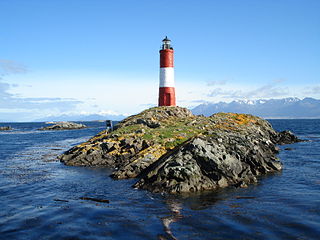 Astondo is located in the north of Spain, in the Basque Country, Bizkaia, Gorliz. In the same sea, with Plentzia and Gorliz forms one of the biggest beaches of the cost of Bizkaia, concretely has a length of 4 km and 200 metres of cliffs. In the north-west is making boundary with the Bay of Biscay. The main neighborhoods near Astondo are: Areatza, Andra Mari, Gandia and Urezarantza.

Antonio Martínez Ron is a Spanish journalist and scientific reporter. He's graduated in journalism from the Universidad Complutense de Madrid. He has collaborated in different media such as Cadena SER, La2 and RNE. He is also responsible for the digital projects of scientific dissemination Naukas and Fogonazos. In 2015 he presented his first book "¿Qué ven los astronautas cuando cierran los ojos?" And in 2016 he published "El ojo desnudo".

The Great Bertsolari Championship is a championship among bertsolaris from all over the Basque Country. It is contested every four years and the current 2017 champion is Maialen Lujanbio.

Itziar Ituño is a Spanish actress. She is best known for her role as Inspector Raquel Murillo in the Spanish television series Money Heist. 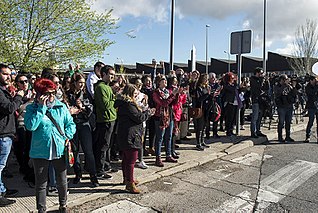 The Altsasu incident is a judicial case against eight young people from Altsasu, a small town in Navarre, Spain, for their involvement in a fight taking place on 15 October 2016 at a bar in which two off-duty Civil Guard officers stationed in the town and their girlfriends sustained injuries. One of the officers was knocked down, with the other victims reported to have suffered "psychological trauma". The lawsuit was initially conducted by the judge of the Spanish special court Audiencia Nacional Carmen Lamela. As of March 2018, Concepción Espejel was appointed as magistrate ahead of the trial held in late April. 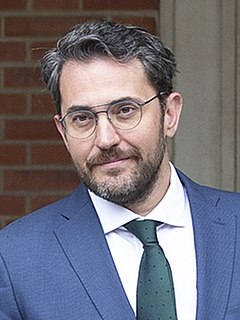 Gladys del Estal Ferreño was a ecologist activist from San Sebastián, Gipuzkoa, Spain. She was killed by a bullet shot at her by the Guardia Civil during a protest in Tudela, Navarre, against the nuclear station construction program for the Basque Country, and the aircraft firing range of Bardenas. She has since become an important icon of the ecologist movement.

Bizkaia Talent is an associative project of the Foral Deputation of Biscay to promote research, creation, innovation and knowledge in the historical territory of Biscay. BBC World News highlighted this project of Bizkaia Talent.

Hasier Arraiz Barbadillo is a Spanish politician from the Basque Country. He was the first president of Sortu, and a member of the Basque Parliament.

Bingen Zupiria is a Spanish politician affiliated with the Basque National Party. As of 28 November 2016, he serves as Minister of Culture and Language Policy in the Basque Government. Between 2016 and 2020, he served in this position in the Second Urkullu Government led by Iñigo Urkullu and as of 8 September 2020, he serves in this position in the Third Urkullu Government. He also serves as government spokesperson.

Iñaki Laskurain González is a Spanish former rugby player and coach, who played as flanker. He is currently the President of the Basque Rugby Federation between 2013 and 2020.