KRK Uralets, or Yekaterinburg Sports Palace, is an indoor sporting arena located in Yekaterinburg, Russia. It is used for various indoor events and is the home arena of the Avtomobilist Yekaterinburg ice hockey club. The capacity of the arena is 5,500 spectators. 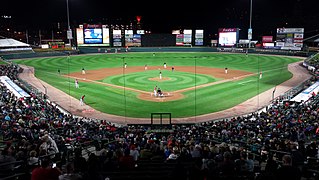 Edgerton Park Arena was an indoor arena in Rochester, New York. The building was originally constructed in 1892 as the drill hall for a training school for delinquent boys. When the school moved early in the 20th century, the building was turned into an indoor sports arena and exhibition hall. An artificial ice-making system was installed in 1935. 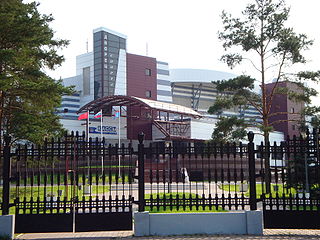 Vityaz Ice Palace is an indoor sporting arena located in Podolsk, Russia. The capacity of the arena is 5,500 and was built in 2000. The home games of Russkie Vityazi, the junior team of Vityaz Chekhov, are played in the arena. Until 2006 it was the home arena of the HC MVD ice hockey team. 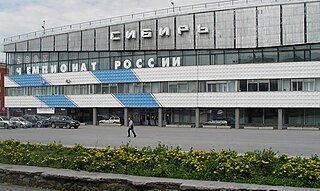 Ice Sports Palace Sibir is an indoor sporting arena located in Novosibirsk, Russia. The capacity of the arena is 7,400. It is the home arena of the HC Sibir Novosibirsk ice hockey team. 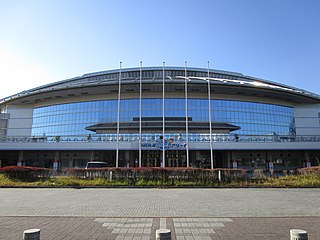 Ookini Arena Maishima is an indoor sporting arena located in Osaka, Japan. The capacity of the arena is 7,000 people.

Lenina Avenue is a main street of Yekaterinburg, Russia. It starts at Moskovskaya Street to the west, and ends at Kirov Square to the east. The street is one of the busiest in Yekaterinburg and is a major shopping area.

The William G. Mennen Sports Arena, commonly called the Mennen Sports Arena or the Mennen Arena, is a 2,500-seat multi-purpose arena in Morris Township, New Jersey. It hosts various local concerts and sporting events for the area. Mennen hosted one game for the New Jersey XTreme of the National Indoor Football League in 2005, and was formerly the home of the New Jersey Revolution of the American Indoor Football Association. Mennen also is the home of the County College of Morris hockey team as well as most of the public high school hockey teams in Morris County, New Jersey. Mennen is also one of the host arenas for the New Jersey Colonials, the main training center for the Skating Club of Morris, and the Precisely Right synchronized skating team.

Stjernehallen is an indoor ice hockey arena located in Fredrikstad, Norway. The capacity of the arena is 2,473 and was opened in 1970. It is the home arena of Stjernen ice hockey team.

Nelson Garden Arena is an indoor arena in Tingsryd, Sweden. It was completed in 1969 and has a capacity of 3,400 spectators. Its current name was inaugurated in September 2011.

Yekaterinburg-City is a commercial district near the center of the city of Yekaterinburg, Russia. It is located on Boris Yeltsin Street on the embankment of the Iset River and is currently under development. The area occupies five hectares.

Silkeborg-Hallerne is a complex of indoor sports arenas in Silkeborg, Denmark used for several sports, but primarily handball. The arena is home to Danish Handball League team Bjerringbro-Silkeborg.

Trade Union Sport Palace or the Culture and Entertainment Complex Nagorny, is an indoor sporting arena located in Nizhny Novgorod, Russia. After the arena's renovation in 2007, the seating capacity of the arena is 5,500.

Sporthalle was an indoor arena located in Cologne, Germany. It was primarily used for basketball, other indoor sporting events and concerts until it closed due to the larger Lanxess Arena opening. The arena held 8,000 spectators and opened in 1958. It hosted the 1982 European Champions Cup final and was the regular home venue for BSC Saturn Köln basketball team.

Ljungby Arena, previously named Sunnerbohov, is an indoor arena located in Ljungby, Sweden. It is IF Troja/Ljungby's home arena and has a capacity of 3,620 spectators. The current spectator record was set on 21 January 1997, when 4,050 spectators visited to see IF Troja/Ljungby meet Brynäs IF. 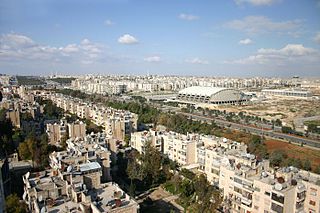 Lagator Hall is an indoor arena in Loznica. It has a capacity of 2236 people. It was finished in 1984. It is the home arena of KK Loznica.

The Palace of Sporting Games "Uralochka" (DIVS) is a multi-purpose arena on the shore of the Iset River in the city center of Yekaterinburg. It has a capacity of 5000 spectators and is the second largest sports arena in the city, with KRK Uralets being the largest. Volleyball and basketball clubs of men and women, as well as a futsal team play their home games at the arena. Occasionally, competitions in individual sports, rhythmic gymnastics, artistic gymnastics, or tennis take place. Concerts take place in the arena equally often.