Keith Laybourn FRHistS FHEA (born 13 March 1946) is Diamond Jubilee Professor of the University of Huddersfield and Professor of History. [1] He is a British historian of the late nineteenth and early twentieth century specialising in labour history and the working class in Britain. He has published extensively, and has authored over 46 books [2] on subjects including women's history, social policy and administration, and policing. [3] In 2012 he took over presidency of the Society for the Study of Labour History following the death of the previous president, Eric Hobsbawm. [4] He has also appeared on television, including Who Do You Think You Are? [5] In 2016 he signed a public letter along with many other academic historians opposing Brexit. [6]

New Labour is a period in the history of the British Labour Party from the mid to late 1990s until 2010 under the leadership of Tony Blair and Gordon Brown. The name dates from a conference slogan first used by the party in 1994, later seen in a draft manifesto which was published in 1996 and titled New Labour, New Life for Britain. It was presented as the brand of a newly reformed party that had altered Clause IV and endorsed market economics. The branding was extensively used while the party was in government between 1997 and 2010. New Labour was influenced by the political thinking of Anthony Crosland and the leadership of Blair and Brown as well as Peter Mandelson and Alastair Campbell's media campaigning. The political philosophy of New Labour was influenced by the party's development of Anthony Giddens' Third Way which attempted to provide a synthesis between capitalism and socialism. Mark Bevir argues that another motivation for the creation of New Labour was as a response to the emergence of the New Right in the preceding decades. The party emphasised the importance of social justice, rather than equality, emphasising the need for equality of opportunity and believed in the use of markets to deliver economic efficiency and social justice.

Harry Pollitt was a British communist who served as the General Secretary of the Communist Party of Great Britain (CPGB) from 1929 to September 1939 and again from 1941 until his death in 1960. Pollitt spent most of his life advocating communism. Ideologically a Marxist-Leninist, Pollitt was an adherent particularly of Joseph Stalin even after Stalin's death and disavowal by Khrushchev. Pollitt's acts included opposition to the Allied intervention in the Russian Civil War and Polish–Soviet War, support for the Spanish Republicans during the Spanish Civil War, both support and opposition to the war against Nazi Germany, defence of the communist coup in Czechoslovakia, support for the 1956 Soviet invasion of Hungary, and criticism of British colonialism.

Jeremy Black is a British historian, writer, and former professor of history at the University of Exeter. He is a senior fellow at the Center for the Study of America and the West at the Foreign Policy Research Institute in Philadelphia, US. 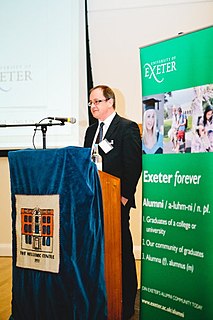 Patrick Manning is the Andrew W. Mellon Professor of World History, Emeritus, at the University of Pittsburgh. He is also president of the World History Network, Inc., a nonprofit corporation fostering research in world history. A specialist in world history and African history, his current research addresses global historiography, early human history, migration in world history, the African diaspora, and the demography of African slavery.

Richard Lawrence Leonard was a British writer, journalist and Labour politician who served as Member of Parliament (MP) for Romford from 1970 to 1974. He was a pro-European social democrat and had been a supporter of the late Labour foreign secretary Anthony Crosland, who championed Gaitskellism.

Stephen Michael Alan Haseler was a British academic and advocate for a British Republic. He was a Professor of Government, author of many books on contemporary politics and economics.

Daniel Louis Lyons is the chief executive officer of the Centre for Animals and Social Justice, a British animal protection charity. He is an honorary research fellow at the University of Sheffield and the author of The Politics of Animal Experimentation (2013).

John David Brewer HDSSc, MRIA, FRSE, FAcSS, FRSA is an Irish-British sociologist who was the former President of the British Sociological Association (2009–12), and has been the Professor of Post Conflict Studies in the Senator George J. Mitchell Institute for Global Peace, Security and Justice at Queen's University Belfast (2013–present), Honorary Professor Extraordinary, Stellenbosch University (2017–present) and Honorary Professor of Sociology, Warwick University (2021–present). He was formerly Sixth-Century Professor of Sociology at the University of Aberdeen (2004–13). He is a member of the United Nations Roster of Global Experts for his work on peace processes (2010–present). He was awarded an honorary doctorate in 2012 from Brunel University for services to social science.

Richard John Toye is a British historian and academic. He is Professor of History at the University of Exeter. He was previously a Fellow and Director of Studies for History at Homerton College, University of Cambridge, from 2002 to 2007, and before that he taught at University of Manchester from 2000.

The National Hunger March of September–October 1932 was the largest of a series of hunger marches in Britain in the 1920s and 1930s. 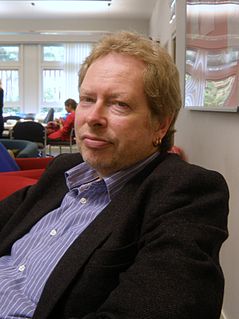 David Renton is a British barrister, and has represented clients in a number of high-profile cases, especially concerning trade union rights and the protection of free speech. He was for many years a member of the Socialist Workers Party (SWP). He has published over twenty books on fascism, anti-fascism, and the politics of the left.

Allen Gee was a British trade unionist and politician.

The Huddersfield by-election was a Parliamentary by-election. It returned one Member of Parliament to the House of Commons of the United Kingdom, elected by the first past the post voting system.

Lucy Robinson is an academic historian whose work examines the history of sexuality, identity politics, youth cultures and the political Left in the twentieth century. She is Professor in Collaborative History at the University of Sussex, as of 2018.