Before arriving in Maine, Strange was associate professor at Harvard Medical School and director of the critical care research laboratories at Children's Hospital in Boston. In 1997, he moved to Vanderbilt University School of Medicine, where he was the John C. Parker Professor and director of research in the department of anesthesiology. [1]

Strange is an expert in the field of cellular stress biology. His research focuses on how proteins are damaged by environmental stressors and how cells detect, degrade, and repair these damaged proteins. This work is key to understanding the degenerative changes that occur as humans age. Strange has published over 125 original papers, review articles, and books. He holds bachelor's and master's degrees from the University of California at Davis and received his doctorate from the University of British Columbia. [1]

In 2013, Strange and assistant professor Voot Yin, Ph.D., founded the MDI Biological Laboratory's first spinout company, Novo Biosciences, Inc., to accelerate the testing and development of a novel drug for patients with heart disease. [2] That year, the magazine Mainebiz named Strange one Maine's ten most “innovative business people” who “hold tremendous promise for the state” and its future economy. [3]

The Marine Biological Laboratory (MBL) is an international center for research and education in biological and environmental science. Founded in Woods Hole, Massachusetts in 1888, the MBL is a private, nonprofit institution affiliated with the University of Chicago. After being independent for most of its history, it became officially affiliated with the university on July 1, 2013. It also collaborates with numerous other institutions.

Stanford University School of Medicine is the medical school of Stanford University and is located in Stanford, California. It predates the rest of the university and traces its roots to the Medical Department of the University of the Pacific, founded in San Francisco in 1858. This medical institution, by then called Cooper Medical College, was acquired by Stanford in 1908. The medical school moved to the Stanford campus near Palo Alto, California, in 1959.

The Vanderbilt University Medical Center (VUMC) is a medical provider with multiple hospitals in Nashville, Tennessee, as well as clinics and facilities throughout Middle Tennessee. VUMC is an independent non-profit organization, but maintains academic affiliations with Vanderbilt University.

The Cambridge Biomedical Campus is the largest centre of medical research and health science in Europe. The site is located at the southern end of Hills Road in Cambridge, England. Over 20,000 people work at the site and is home to a number of organisations including: Cambridge University Hospitals NHS Foundation Trust, Royal Papworth Hospital NHS Foundation Trust, Abcam, the Wellcome Trust, Cancer Research UK, the university's medical school, the UK government's Medical Research Council and has National Institute for Health Research Biomedical Research Centre status. It is an accredited UK academic health science centre.

Brigid L. M. Hogan FRS is a developmental biologist noted for her contributions to mammalian development, stem cell research and transgenic technology and techniques. She is current a Professor in the Department of Cell Biology at Duke University, Born in the UK, she became an American citizen in 2000. 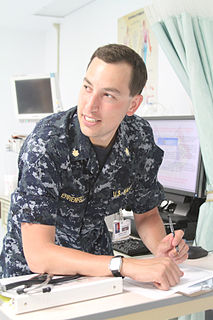 Jesse Menachem Ehrenfeld is an American physician. Ehrenfeld is Chair of the American Medical Association Board of Trustees and the Joseph A. Johnson Jr., Distinguished Leadership Professor of Anesthesiology, Surgery, Biomedical Informatics & Health Policy at Vanderbilt University School of Medicine. He is also a former Speaker of the Massachusetts Medical Society, where he was the youngest officer in the 228-year history of the organization. He is also a former Vice-President of the Massachusetts Society of Anesthesiologists. The inaugural recipient on the NIH Sexual and Gender Minority Research Award from the NIH Director, Ehrenfeld has been recognized for his contributions to advancing health equity. A 2008 recipient of the AMA Foundation Leadership Award, Ehrenfeld is a researcher in the field of biomedical informatics. Ehrenfeld's research interests include bioinformatics and the application of information technology to increase quality, reliability and patient safety. Ehrenfeld's work has led to the presentation of over 200 abstracts at national/international meetings and the publication of over 175 manuscripts in peer-reviewed journals. He serves as Editor-in-Chief of the Journal of Medical Systems, and is a fellow of the American Medical Informatics Association and the American Society of Anesthesiologists. 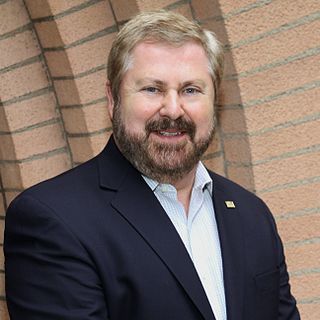 Kelvin J. A. Davies is the James E. Birren Chair of Gerontology at the USC Davis School of Gerontology with a joint appointment in Dana and David Dornsife College of Letters, Arts and Sciences in biology. He is involved in researching free radical biology, oxidative stress, and aging; and was an early member of the study of protein oxidation, proteolysis, and altered gene expression during stress-adaptation; he also found the role of free radicals in mitochondrial adaptation to exercise, and demonstrated the role of diminished oxidative stress-adaptive gene expression in aging.

Jeffrey R. Balser is the president and CEO of Vanderbilt University Medical Center (VUMC) and dean of the Vanderbilt University School of Medicine (VUSM). Balser is a 1990 graduate of the Vanderbilt M.D./Ph.D. program in pharmacology and subsequently completed residency training in anesthesiology and fellowship training in critical care medicine at Johns Hopkins. He continued to work at Johns Hopkins as a cardiac anesthesiologist and ICU physician before returning to Vanderbilt University and joining VUMC in 1998. Balser was appointed dean of the VUSM in 2008 and, the following year, was appointed the vice chancellor for health affairs at Vanderbilt, in charge of the medical center. He became president and CEO of VUMC in 2016 when the medical center became a financially distinct non-profit organization.

Thomas Dean Pollard is a prominent educator, cell biologist and biophysicist whose research focuses on understanding cell motility through the study of actin filaments and myosin motors. He is Sterling Professor of Molecular, Cellular & Developmental Biology and a Professor of Cell Biology and Molecular Biophysics & Biochemistry at Yale University. He was Dean of Yale's Graduate School of Arts and Sciences from 2010 to 2014, and President of the Salk Institute for Biological Studies from 1996 to 2001.

The MDI Biological Laboratory is an independent non-profit biomedical research institution founded in 1898 and located in Salisbury Cove, Maine, on Mount Desert Island. Its mission is to improve human health and well- being through basic research, education, and development ventures that transform discoveries into cures. In 2013, the Laboratory was designated a Center for Biomedical Research Excellence (COBRE) by the National Institutes of Health, which awarded the Laboratory a grant of $13 million over five years to expand the institution’s research program. The MDI Biological Laboratory has a full-time staff of 63, and will offer 23 research training courses in 2014.

Jane Maienschein is an American professor and director of the Center for Biology and Society, at Arizona State University.

Jennifer Lea Stow is deputy director (research), NHMRC Principal Research Fellow and head of the Protein Trafficking and Inflammation laboratory at the Institute for Molecular Bioscience (IMB), The University of Queensland, Australia. She was awarded her PhD from Monash University in Melbourne in 1982. As a Fogarty International Fellow, she completed postdoctoral training at Yale University School of Medicine (US) in the Department of Cell Biology. She was then appointed to her first faculty position as an assistant professor at Harvard University in the Renal Unit, Departments of Medicine and Pathology at the Massachusetts General Hospital in Boston. At the end of 1994 she returned to Australia as a Wellcome Trust Senior International Medical Research fellow at The University of Queensland where her work has continued. Stow sits on national and international peer review and scientific committees and advisory boards. She has served as head of IMB's Division of Molecular Cell Biology, and in 2008 she was appointed as deputy director (research).

Umesh Varshney is an Indian molecular biologist, academician and the head of a laboratory at the Indian Institute of Science, Bengaluru. He is a J. C. Bose National Fellow of the Department of Science and Technology and is known for his studies on protein synthesis and DNA repair in Escherichia coli and Mycobacterium tuberculosis. An elected fellow of the Indian Academy of Sciences, Indian National Science Academy and the National Academy of Sciences (India), he is also a recipient of the National Bioscience Award for Career Development of the Government of India. The Council of Scientific and Industrial Research, awarded him the Shanti Swarup Bhatnagar Prize for Science and Technology, one of the highest Indian science awards, in 2001, and then in 2014 with the G. N. Ramachandran Gold Medal for Excellence in Biological Sciences & Technology for his contributions to biological sciences.

Sanjeev Anant Galande is an Indian cell biologist, epigeneticist, academic, former chair of biology and the Dean of research and development at the Indian Institute of Science Education and Research, Pune He heads the Laboratory of Chromatin Biology and Epigenetics at Indian Institute of Science Education and Research, Pune. he is the founder of the Centre of Excellence in Epigenetics at IISER and is known for his studies on higher-order chromatin architecture and how it influences spatiotemporal changes in gene expression. He is an elected fellow of the Indian National Science Academy and the Indian Academy of Sciences and a recipient of the National Bioscience Award for Career Development of the Department of Biotechnology. The Council of Scientific and Industrial Research, the apex agency of the Government of India for scientific research, awarded him the Shanti Swarup Bhatnagar Prize for Science and Technology, one of the highest Indian science awards, in 2010, for his contributions to biological sciences.

Ganesh Nagaraju is an Indian biochemist, geneticist, cancer biologist and an associate professor at the Department of Biochemistry of the Indian Institute of Science. He has been studying studying DNA damage responses in mammalian cells, and mechanisms underlying chromosome instability genetic diseases and cancer. He was involved in the development of trans-dichloro oxovanadium (IV) complex of pyrenyl terpyridine, an anti-cancer agent. The Department of Biotechnology of the Government of India awarded him the National Bioscience Award for Career Development, for his contributions to biosciences, in 2015. In 2018, he received the Shanti Swarup Bhatnagar Prize for Science and Technology in Biological Sciences from CSIR. This award is given in recognition of outstanding contributions to Science and Technology, and is considered as one of the highest award for Science in India.